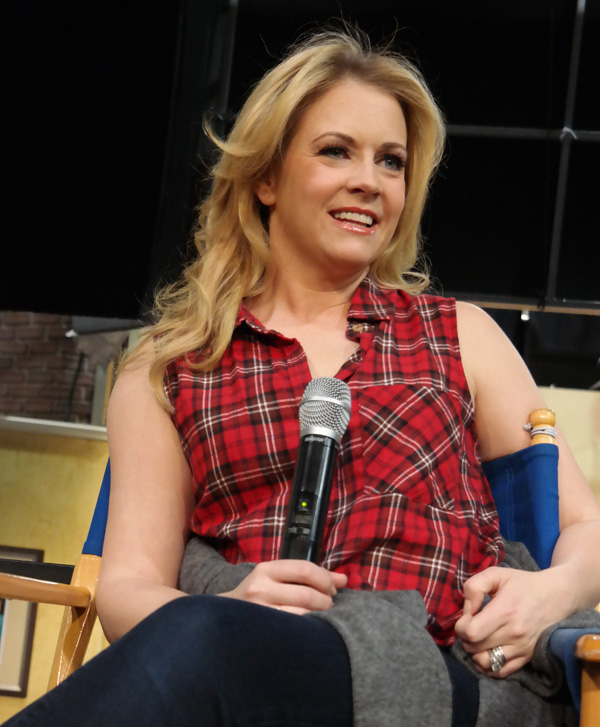 Back in the 90s Melissa Joan Hart starred in the TV series Sabrina the Teenage Witch which aired for 7 seasons! She is now the lead actress on the hilarious ABC Family hit Melissa & Joey ABC. Hart co-stars with fellow heartthrob Joey Lawrence and the two do a fantastic job portraying a somewhat dysfunctional but dynamic married couple.

We caught up with Melissa and chatted about being a mom and what it’s like working on Melissa and Joey!

What was your favorite episode of Melissa & Joey? The Christmas episode was probably my favorite episode I’ve ever done. The period piece was hilarious with the corsets and hoop skirts and comedy and being able to use that old fashion language with current racy humor was really fun and exciting and we had a blast doing that. We have another special episode we have coming up this year. We’re calling it Melissa & Joey’s Frozen. It’s a flash forward thing that will be a special episode to look forward to. Luckily Joey and I don’t have to age so we won’t have to wear prosthetics but everyone else will!

Is it important to bring your personal life into a not-so typical TV marriage? I think so. In a lot of comedies where it’s a married couple, the female is the one that sort of nags and is bitter. I love this show but in Everybody Loves Raymond they made the wife the smart one and she’s the one keeping the family together and the husband gets to be the total fruit cake and in this series I get to be the fruitcake. I love that! That’s what I wanted. I was so afraid when they were getting these characters together that I’d all of sudden become the strong center pole. Funny things happen around me but not to me which is what happened on Sabrina. I didn’t like playing that character for that reason. On this show I get to be a complete lush, completely self-centered for lack of a better word a bitch. I get to be this really flawed, fun girl and even though the dynamic of the show has changed 3 times now I still get to play that character. Every once in a while I’m the grounded, centered one but most of the time I still get to be that crazy girl.

Doesn’t want her kids in showbiz. My family did 5 Walmart Peter Pan commercials and it was such a special opportunity that we couldn’t say no. The script was written so beautifully, I thought it was so lovely and that we would have this footage together for our family. Some casting directors noticed my kids and got in touch with me and my son just auditioned for a Showtime show! I don’t want my kids in this business but I don’t want to turn down great opportunities like this. The show sounds like an amazing opportunity! My son is young and I don’t know that I’m ready for all of that for them. I think Ron Howard’s kids did it right and Goldie Hawn’s kids did it right. When they were older and out of high school and they can make a decision that this is what they truly want to do then I’m not going to stop them. I will allow them to entertain some of these great opportunities but at the same time I don’t want my kids growing up on red carpets and stuff. It’s not how I grew up, so I don’t know what the recipe for that is. I grew up in New York and shooting in my first show in Orlando. I was nowhere near any kind of big red carpet events or Hollywood stuff going on. I don’t feel like I was treated special. I was just working. I was a working girl. I don’t think you can experience it like that these days.

Melissa & Joey is different from her other projects. Sitcom is the best job there is in the business for families. You work fast and furious for a few hours a day and then you are done. This is a lovely schedule for being a mom but my family is on the East Coast for 1/2 the year. This is a whole other obstacle for me now with my home life and my work life. But, working on Sabrina was different. We did 2 days of rehearsal but 3 days of filming those three 3 days of filming were 12-16 hour days. 30 scenes of week, a lot of rehearsal and technical stuff. We were younger and had fun and we were a tight crew. We all did everything together. We spent our weekends together, we spent our vacations together. We took the whole crew to Florida and to Vegas and a lot of them came with me to Australia and Rome when we shot our TV movies. We were super tight for all of those years. Most of us were single, just getting into relationships and we were growing up together. It was a hard schedule but it was a lot of fun. It was a single camera sitcom before they were around because we had three cameras but it was film and it was shot like a single camera show because it was so technical and every angle had to be taped a certain way.

What experience from being a mom has she brought to this show? The exact opposite. Everything I know about being a mom I try to do the exact opposite of my instincts for Mel. It’s so different when you have a baby, and you raise a baby and they become these little people. But then all of a sudden you are given teenagers and you’ve been spoiling them as an aunt your whole your life. I’ve had some examples in my life who know how to spoil but do not know how to raise. I try to bring that to Mel. Inappropriate things like telling a story about sex and alcohol and then releasing I’m not supposed to say that to you.

Also look for Melissa’s first clothing line called King of Harts. The line of boys clothes is for sizes 2-2 and is currently available on http://kingofharts.com/. Shopping for boys clothes can be tough and Melissa wanted a little of everything while starting with original graphic tees. King of Harts is all American made, and every line is inspired by a different city. 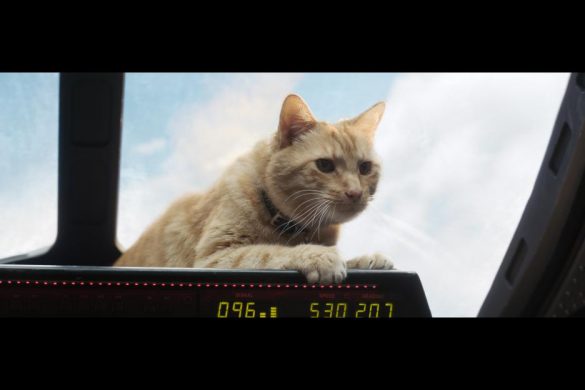