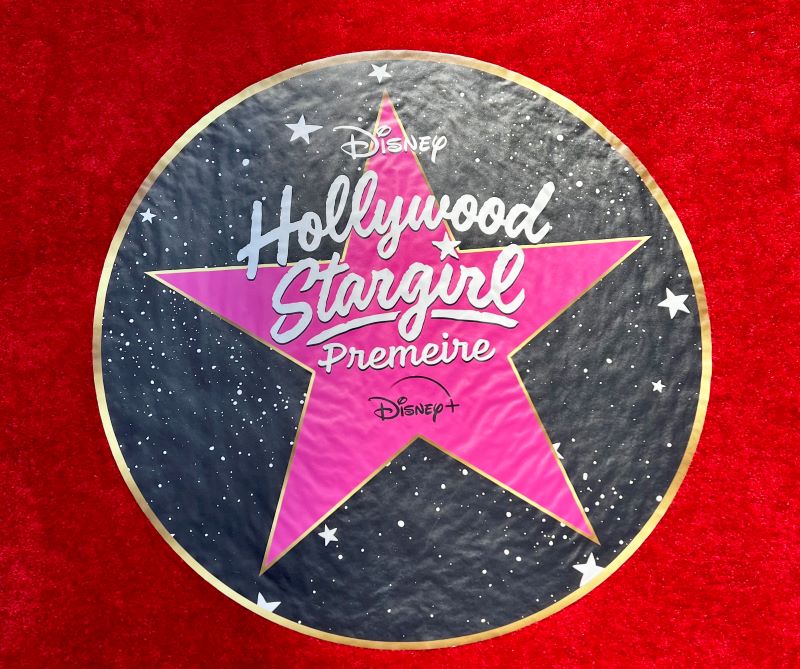 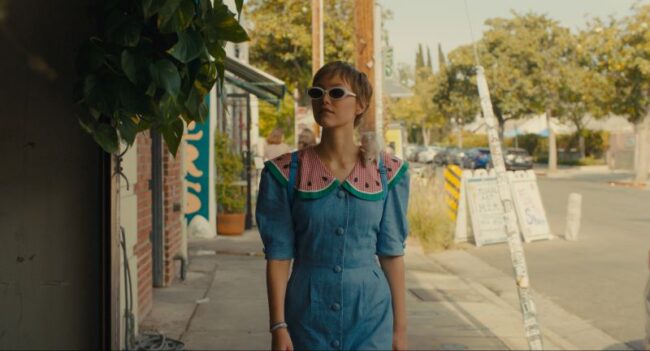 Stargirl and her mom leave Mica, Arizona behind to start a new life in California. We soon learn that moving frequently takes a toll on Stargirl, and she’s yearning for stability and solid friendships. Stargirl falls in love with Los Angeles, and she helps her Mom, Ana, overcome her fears of failing and to give California a shot. My family was dazzled by Grace’s performance! She has a way of lighting up the room with her electric personality and musical brilliance. 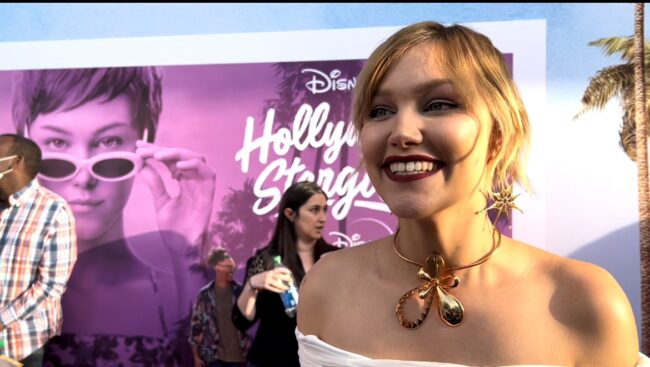 Disney Plus invited us to the Hollywood premiere of Hollywood Stargirl where we talked with the cast and crew of the film. We had a blast on the Red carpet and my own “Stargirl” (my daughter) interviewed some of the cast and crew. Here are some highlights from the evening:

Grace VanderWaal looked beautiful and was glowing in a white CONG TRI high-low ruched silk dress. My daughter commented that Grace looked like an angel! Grace talked to us about her favorite outfit from the movie, challenges of the film and gives advice on self-care and more!

Legendary star Judd Hirsch plays Stargirl’s cranky downstairs’ neighbor Mr Mitchell. We asked if he was personally anything like his character and how he felt working with director Julia Hart and the cast.

Tyrel Jackson Williams and Elijah Richardson play Brothers Terrell and Evan. The two are working on a dream project and invite Stargirl to be in their film. We asked Tyrel why it’s important to dream and Elijah talks about similarities to his character Evan.

Judy Greer portrays Ana Caraway Stargirl’s mom who is ready for a new adventure. We asked Judy what she loves about Stargirl and Ana’s relationship.

Chris Williams and Nija Okoro play George and Daphne, Stargirl’s neighbors and parents to Terrell and Evan’s parents. Chris and Nija share what they love about Hollywood Stargirl and what they want people to take away from the film.

Al Madrigal plays “Iggy” the manager of the Forte, where music and dreams happen. He talks to us about his character Iggy and what he loves about the film.

The original movie is set to stream on Disney Plus June 3. 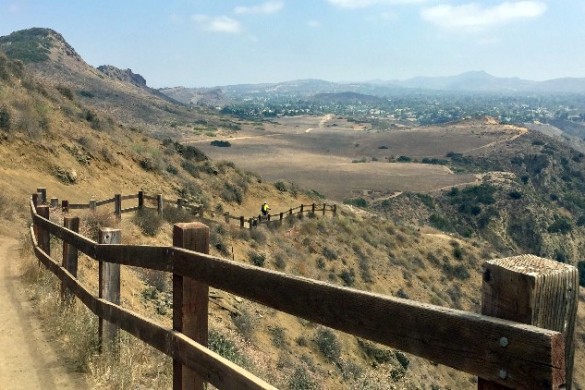 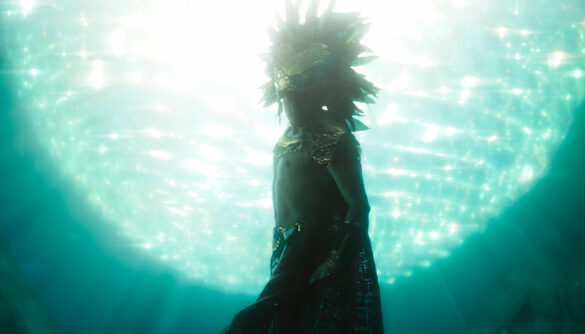