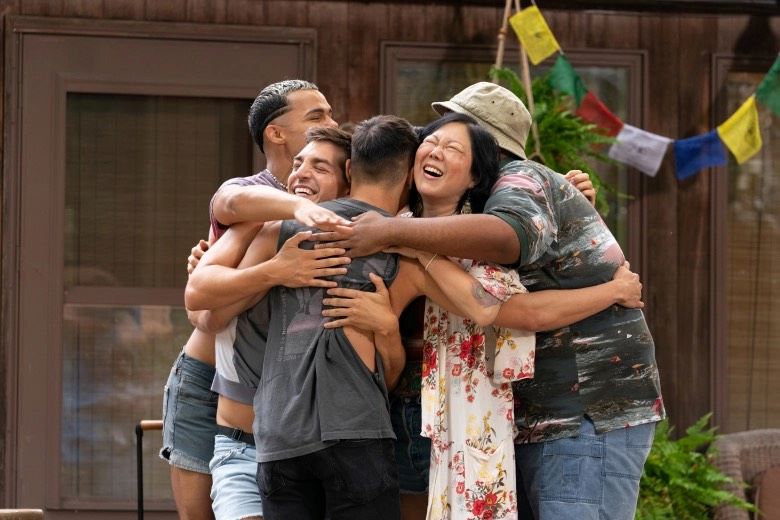 May is Asian American Pacific Islander Month. June is Pride Month. This is the perfect time to release Joel Booster Kim’s “Fire Island,” a romantic comedy that’s an opportunity to celebrate the power of queer Asian friendship. Directed by Andrew Ahn, “Fire Island” is a modern-day retelling of the Jane Austen “Pride and Prejudice” and follows a group of queer best friends who gather in the Fire Island Pines for their annual week of love and laughter. However, when a sudden change of events might make this their last summer in gay paradise, the friends discover the romance and pleasures of the iconic island, and their bonds as a chosen family are pushed to the limit.

ThatsItLA had a chance to talk to Ahn about his experience making the film, trailblazing the story of queer Asians, adapting “Pride and Prejudice,” the rom-com tropes, and more.

Michael Lee: I was excited to hear how “Fire Island” was a modern-day adaptation of “Pride and Prejudice.” Not only that, but Joel Kim Booster’s script reimagined the story through the queer Asian lens and the rom-com genre. So what was it about his script that convinced you to direct the movie?

Andrew Ahn: I received the script about a year into the pandemic. And I, you know, at that point in the pandemic, hadn’t seen my friends in a long time, you know, and I saw in Joel’s script so much of what I was missing in my life: this celebration of queer joy and chosen family. I love that it focused on queer Asian American friends. That community is such a big part of who I am. I wanted to make a movie to honor my friends. It’s really special to have a film that shows multiple queer Asian American people on a project this big. I can’t imagine something like this happening, you know, even five years ago, so it’s really special to be a part of.

Lee: While “Fire Island” isn’t the first film to have a queer Asian story, it is one of the few. Can you talk about continuing to blaze the trail for future filmmakers and encourage them to tell these stories?

Ahn: I always feel a little bit wary about, you know, saying anything is the first just because I hate to be in that position. And it’s a lot of responsibility. I’ll say that I’ve been inspired by so many Asian American and queer filmmakers before me. And I think about movies like Ang Lee’s “The Wedding Banquet” or Alice Leo’s “Saving Face.” We needed to have those movies in order to make something like “Fire Island.” And so, it’s just that this is a movie coming in at the right time. We have a platform like Searchlight and Hulu to get it out there in front of people. My hope is that we continue this legacy that started before us and that the industry recognizes that stories told by Asian Americans by queer Asian Americans are really valuable. And that queer Asian American filmmakers are motivated to tell their own stories. I think that would be a true sign of the film’s success that there are many fire islands after this of all different genres and perspectives.

Lee: Speaking of film inspirations, what were some of the other Rom-Coms you looked to shape the look and feel of the film?

Ahn: Both Joel and I really love the rom-com genre in general. And I think about movies like “You’ve Got Mail” and “My Best Friend’s Wedding,” and then, of course, there are the Asian Americans. I mentioned “The Wedding Banquet.” I also really love Ang Lee’s “Eat Drink Man Woman,” I think that’s such a brilliant film. And Alice Wu’s “Saving Face,” of course. I never wanted to condescend to the genre. I think what rom coms are doing is actually like really difficult. And in many ways, I find comedy a lot harder to do than drama. But I definitely want it to be able to put my own touch on things and to bring a lot of heart to this in a way that I sometimes think the less successful rom coms forget. They focus on the comedy, and they don’t have an emotional core. I’m really proud of the balance that we struck with the film.

Lee: One of the film’s central themes is about family and your chosen family. Why was it important for you to focus on that?

Ahn: I think for many queer people, our chosen family is such an important part of our lives because we don’t always get the kind of support that we need from our families at home. I think that chosen family is often, for many people, more important than even the romantic relationships, partners and lovers alike. You stop dating, you break up, you get a divorce, but your friends are often for life. And that to me is, you know, it’s important to celebrate and not take for granted.

Lee: With “Fire Island” being a retelling of “Pride and Prejudice” through the queer Asian lens, what was it like to bring those social and class aspects into the film in a way that shines a light on the world we live in today.

The first time Joel Kim Booster went to the island, it was an expensive place to go and vacation. So he had to share a house with, you know, a dozen other people in order to make it affordable. And meanwhile, he is interacting with people who are very, very wealthy. And I think he saw in that experience a lot of what Jane Austen was exploring in ‘Pride and Prejudice,’ and so it just felt like a really great source of inspiration for an adaptation of her work into a movie.

Lee: For my final question, “Fire Island” makes use of rom-com tropes. Even Bowen Yang mentions how he’s searching for the kissing in the rain or someone to play a boombox outside his window, so what kind of tropes would you have liked to have used that didn’t make their way into the film?

Ahn: Oh, that’s a good question. I think one thing might have been like the disapproving family, you know, like, that’s a very like the ‘Crazy Rich Asians’ Michelle Yeoh character. That’s a fun one that we didn’t really get to do here.

I think it’s fun that Margaret Cho chose a character like a little bit the mom. Maybe she could have been more disapproving of the loves. I’m not sure, but that’s a fun trope.