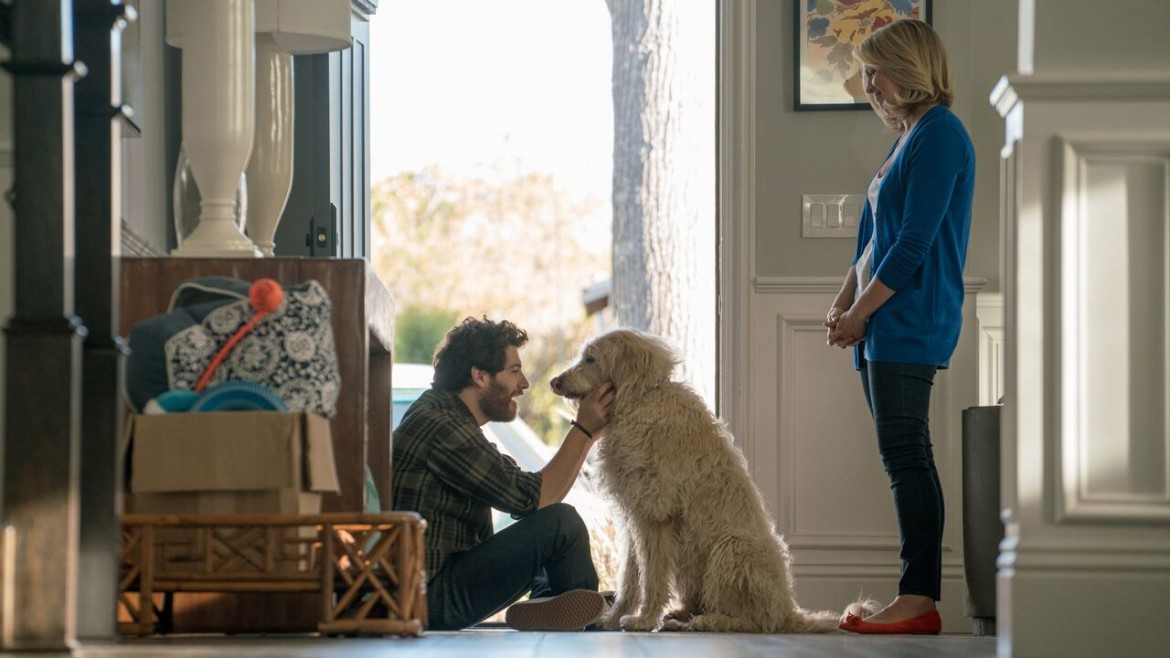 Find out what the humans in Dog Days had to say about working with the four-legged stars of the film.

Directed by Ken Marino (How to be a Latin Lover), the film takes us on a journey about how our love for dogs connects us in meaningful and amazing ways. It follows Elizabeth (Nina Dobrev) a newscaster, settling into single life with her doggie while she battles the on-screen chemistry with her new co-anchor and former NFL star Jimmy Johnston (Tone Bell). Interconnected is the also the story of a young barista Tara (Vanessa Hudgens) who finds meaning volunteering at a dog rescue, close enough to her crush vet Dr. Mike (Michael Cassidy), while Garrett (Jon Bass), owner of New Tricks Dog Rescue, pines after her. In the style of romantic comedy anthologies, the film also features more stories connected by furry friends with stars like Eva Longoria among others.

Filled with heartfelt comedy and drama, the ensemble film brings together amazing talent with the rockstar dogs in the movie.

Here are five things we learned about the film from its director and cast. 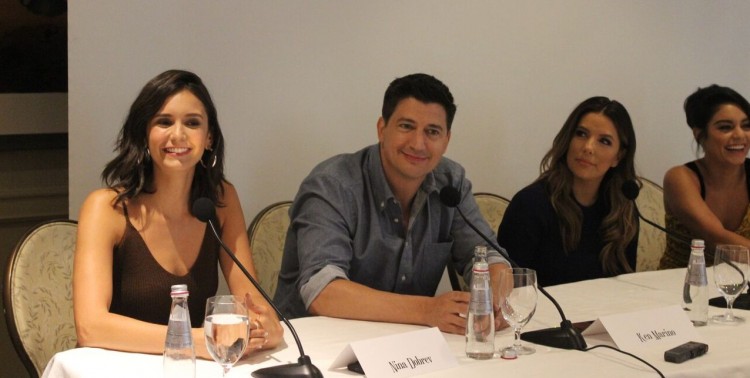 Director Ken Marino discussed how he found the best boys and girls for the film.
“The animals came from a great dog trainer Mark Harden. When we cast the dogs, one of the things I asked him was ‘Who are your rockstar dogs?’ The first dog that we cast was Adam Pally’s co-star Charlie. He thought the dog was just wonderful. “He’s odd, he’s quirky, he’s goofy, we wound up casting him and then we cast all the other dogs sorta based on his look and they all had something special. They were so easy to work with,” and added, “We always had doggie mints on set.”

Vanessa Hudgens, who got to spend a lot of time with all sorts of dogs as well as the amazing Gertrude shared with us the most challenging part of working with her furry co-stars.
“Not being distracted and wanting to cuddle them all day. They’re just so cute and they’re so well behaved and so smart like in between set-ups I would sneak away and try to play with the dogs.” 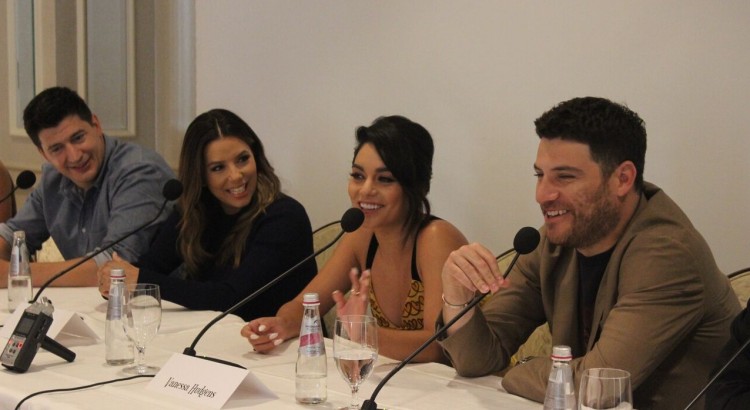 Nina Dobrev dropped a major casting bombshell about the film and shared her real-life story of finding her dog Maverick.
“Fun fact all the dogs were cast before any one of us cast members. Because I tried to get Maverick cast. I snuck her in the back of every single shot. Stage mom.” She said about bringing her dog Maverick to set, who happened to be a rescue. “I was a cat lady for 18 years. I got the cat when I was 9 when she passed away when I was 27, it was the first time that I had ever truly been alone. I also realized how codependent I was and how much I needed a furry friend to get through my days and I’ve always loved dogs but because the cat couldn’t get a dog. I started following all the rescue shelters on Instagram and I was at Coachella, scrolling through my feed when Maverick popped up. I went to see her immediately and I wanted to name the dog Maverick, and I fell in love with her. She is a girl but it didn’t change my perspective. Yes, she does have an Instagram she’s @mrs.maverick. I just want her to go out and play with other dogs and all she wants to do is be on the gram.”

For director Ken Marino, making this movie was a response to the current climate of what’s going on around us.
“Right now the world is a crazy place. I had just come off of directing a movie called ‘How to be a Latin Lover’ which was a family movie.” He explained about the importance of films like that and Dog Days not just to him as a director but as a parent. “What was nice about that movie is that I was able to bring my kids into the editing room and talk to them about the movie and see what jokes they liked and that just made me want to do another movie that I can share with my children. This movie came along and I just really liked all the relationships. I’m a big dog lover. We have two rescues at home. So I just thought it was a good time to do it. And right now I think it’s important to have movies where you can bring the whole family and escape the madness out there. Watch a movie that’s funny and maybe it’ll make you cry once or twice. It’s for adults and kids.”

Hudgens attributes the universality of the movie to the film’s director crafting engaging stories and connecting with her character. “When I woke up at 27 as I had no idea who I was or what I was doing with my life. That’s where we find Tara. That’s where you meet her, and I think that we are all looking for our greater purpose. We can all relate to that. I felt the film had a really great message and I hope it reminds people to adopt and not shop.”