Top Posts
Dungeons & Dragons: Honor Among Thieves is Campy...
2023 Oscar Nominations: See Full List of Nominees
Knock At The Cabin Featurette Looks Behind The...
j-hope IN THE BOX To Follow BTS Dancing...
Scream VI Trailer: Ghostface Builds A New Following
Home entertainment Fantastic Beasts And Where To Find Them Is A Wizardry Delight
entertainmentNewQ&A 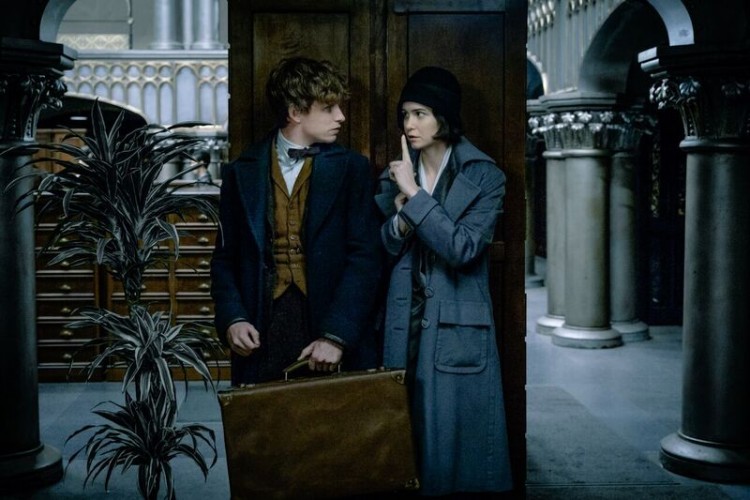 It’s hard to believe that the cinematic world of Harry Potter would end after eight very successful films. Now the franchise expands its world with its first spinoff (or prequel depending on how you look at it). Fantastic Beasts and Where to Find Them takes audiences back to decades before the events of Harry Potter. While the film is a great reminder to the fans why the franchise has remained immensely popular throughout all these years, it is also a great introductory installment for those who may have not caught on to the craze.

Set in 1926, Newt Scamnder (Eddie Redmayne) has arrived in New York to rescue a few magical creatures and protect them from harm, unbeknownst to him that the dark wizard Grindenwald is causing mass panic within the wizarding community, forcing the MACUSA (Magical Congress of the USA) to go underground and hide. As Newt documents and rescues these creatures, he gets into a bit of a briefcase mix up with No-Maj (American version of a muggle) Jacob Kowalski (Dan Fogler). Once Jacob inadvertently opens the case, and releases the beasts within it. This catches the attention of MACUSA investigator Tina (Katherine Waterson) suspects Newt is up to no good. But soon discovers his intentions are not nefarious. So they along with Tina’s sister, Queenie (Alison Sudol,) work together to rescue these beasts from being harmed by the most dangerous creatures of all, humans.

While the film’s villains are one-dimensional and suffer a serious lack of character development, the chemistry between Newt and Tina is pretty fascinating to watch. Newt is a staunch defender of these creatures, risking life and limb to protect them, even from his fellow wizards. Tina, is a flawed heroine, looking to restore her reputation within the MACUSA community. While she believes bringing Newt in would do that, she suddenly realizes that Newt’s intentions for bringing these beasts to New York are sincere. However, it’s Fogler as Jacob that is really the glue in the film. As a no-maj myself, it was a bit hard to understand the magical lingo spouted out by some of these wizards and the rules that are established. However, experiencing the transpiring events through his eyes allowed even me to understand what was going on. Plus, there is a relationship that brews between Jacob and Queenie that I’m sure everyone will love. It’s undeniably cute, and something that I even rooted for.

A lot of that has to do with the fact that David Yates (who directed four of the previous Harry Potter films) returns to director, and Harry Potter author J.K. Rowling makes her screenwriting debut. While both are veterans, they didn’t treat the film as a sequel by adding layers on the previous film. Instead, Fantastic Beasts builds a new world with a fresh setting that feels authentic and almost believable. Not only that but Rowling manages to add some very serious themes and makes it a little bit easier to digest by weaving in some Harry Potter elements. In what has become a bit of a recurring theme for a lot of films as of late, we are seeing messages expressing the dangers of bigotry, and the importance of acceptance and unification.

While there are some flaws, there is a lot to like about the first Harry Potter spinoff. From the classic architecture that is hardly seen today and its resonating message of acceptance to the jazzy lounge music and the vibrant dapper fashion, Fantastic Beasts and Where to Find Them is a welcomed addition to the franchise.