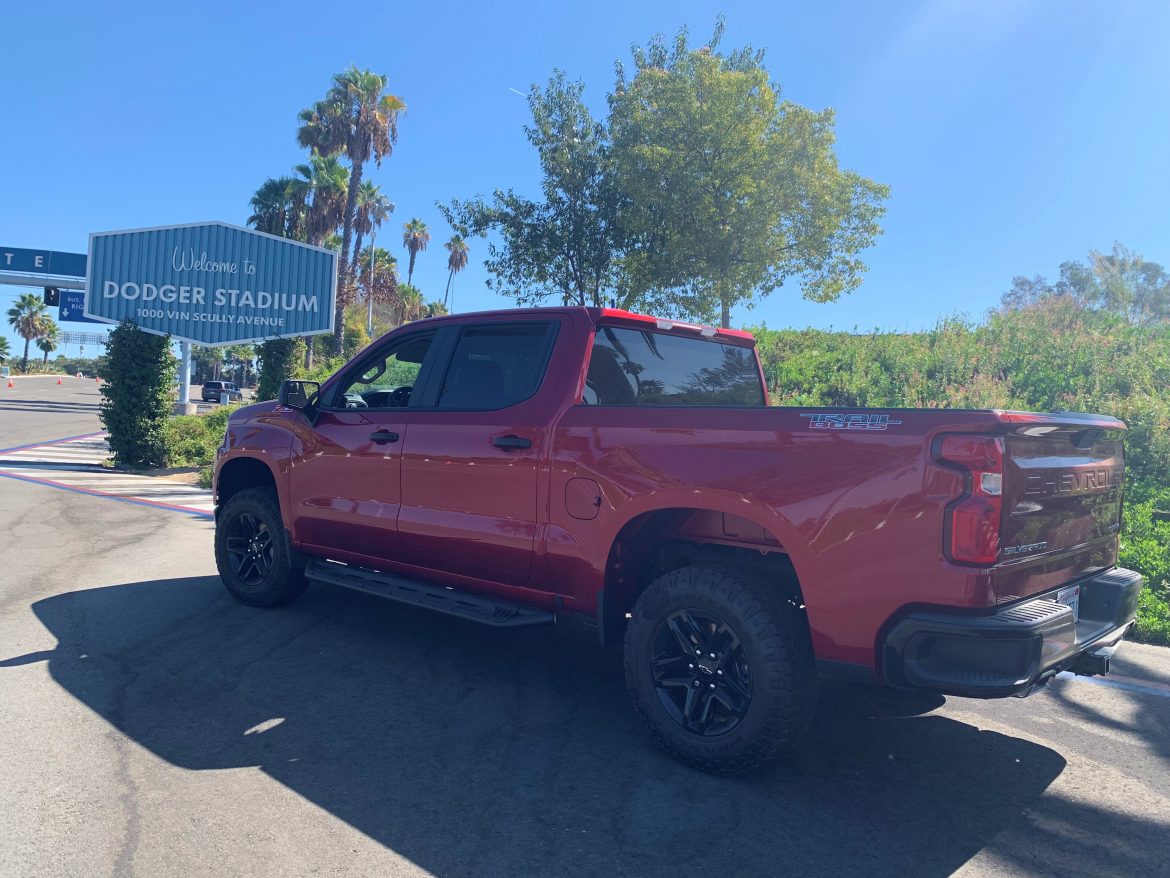 This experience was hosted by Chevrolet

Baseball is America’s favorite pastime and I love attending baseball games with my family! We make memories and gain a sense of community from the excited fans. Baseball is a time to get hyped up, eat and drink merrily and do the wave while cheering on your favorite team! Even though tailgating isn’t allowed at Dodger Stadium parking lots, families can still get together prior to the game to start the festivities. 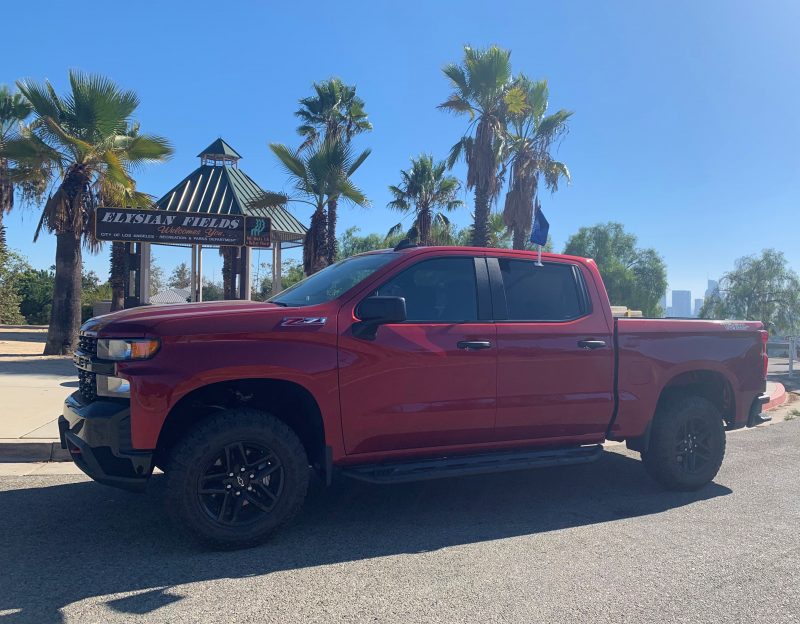 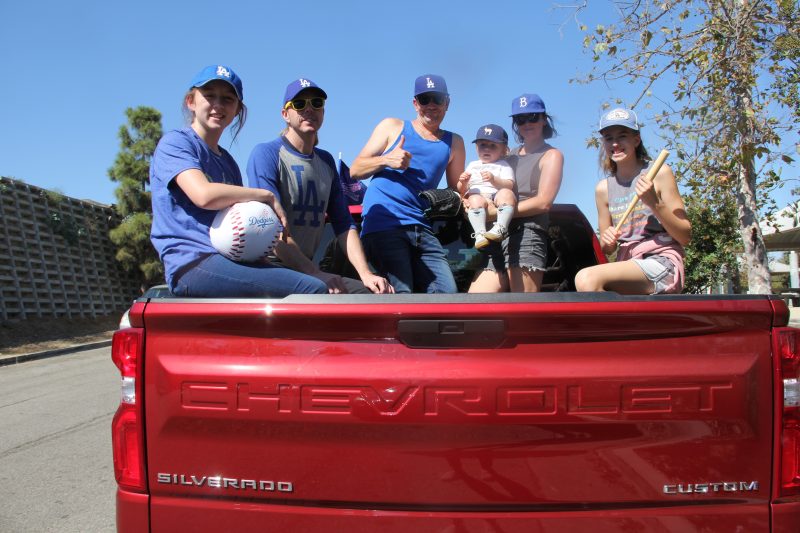 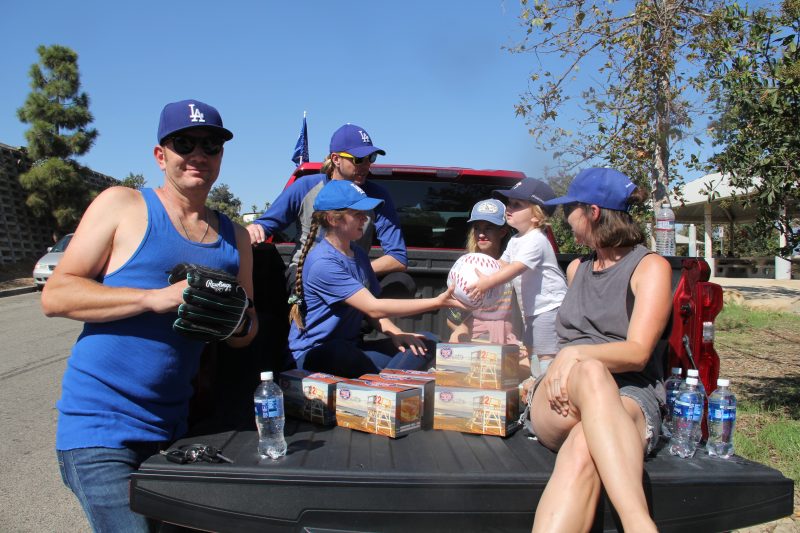 This postseason when the Dodgers took on the Nationals, Chevy invited us to cheer on the boys in blue and white, but they asked us how we could still have a tailgate experience.. We found the best place to go: Angel’s Point in Elysian Park! 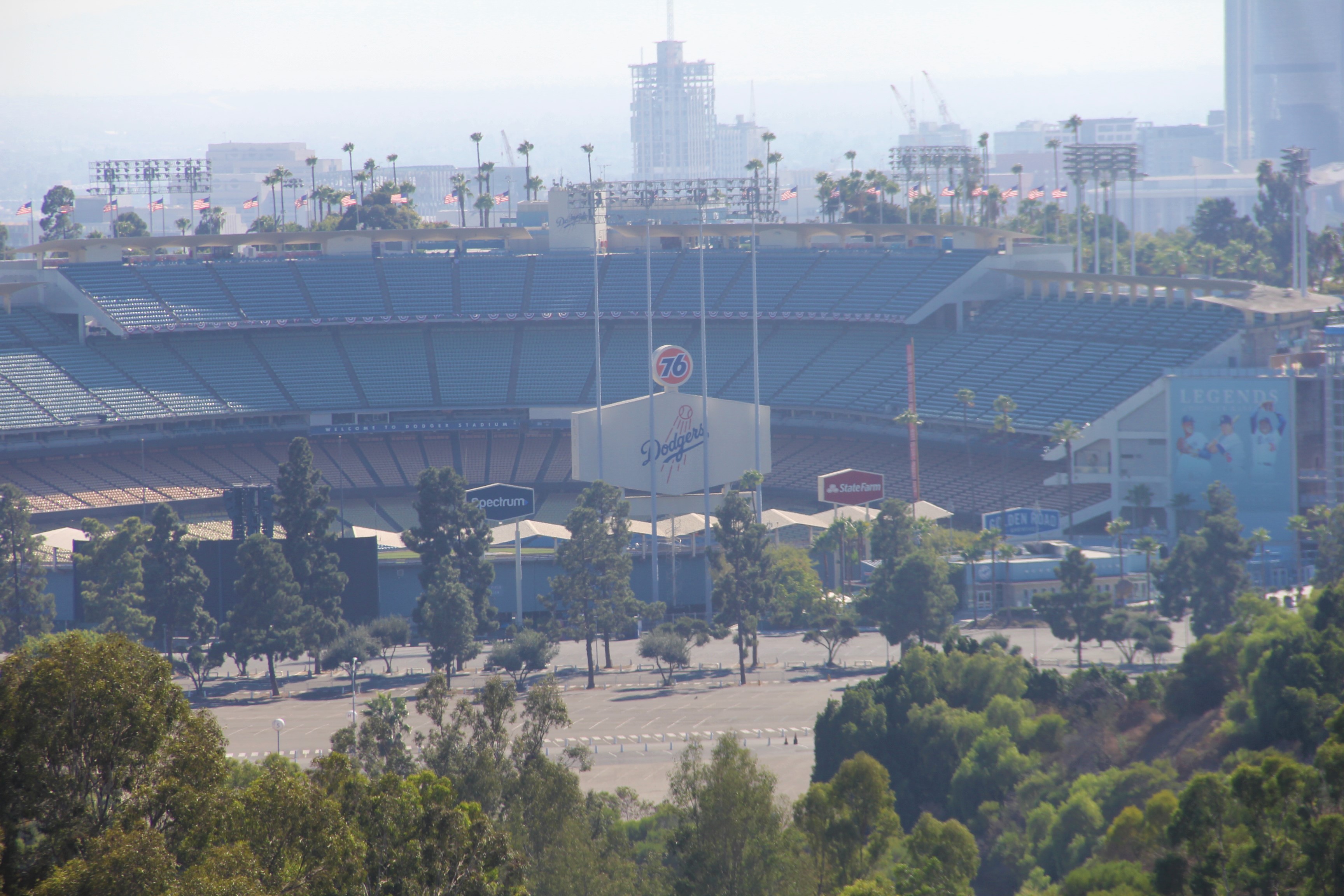 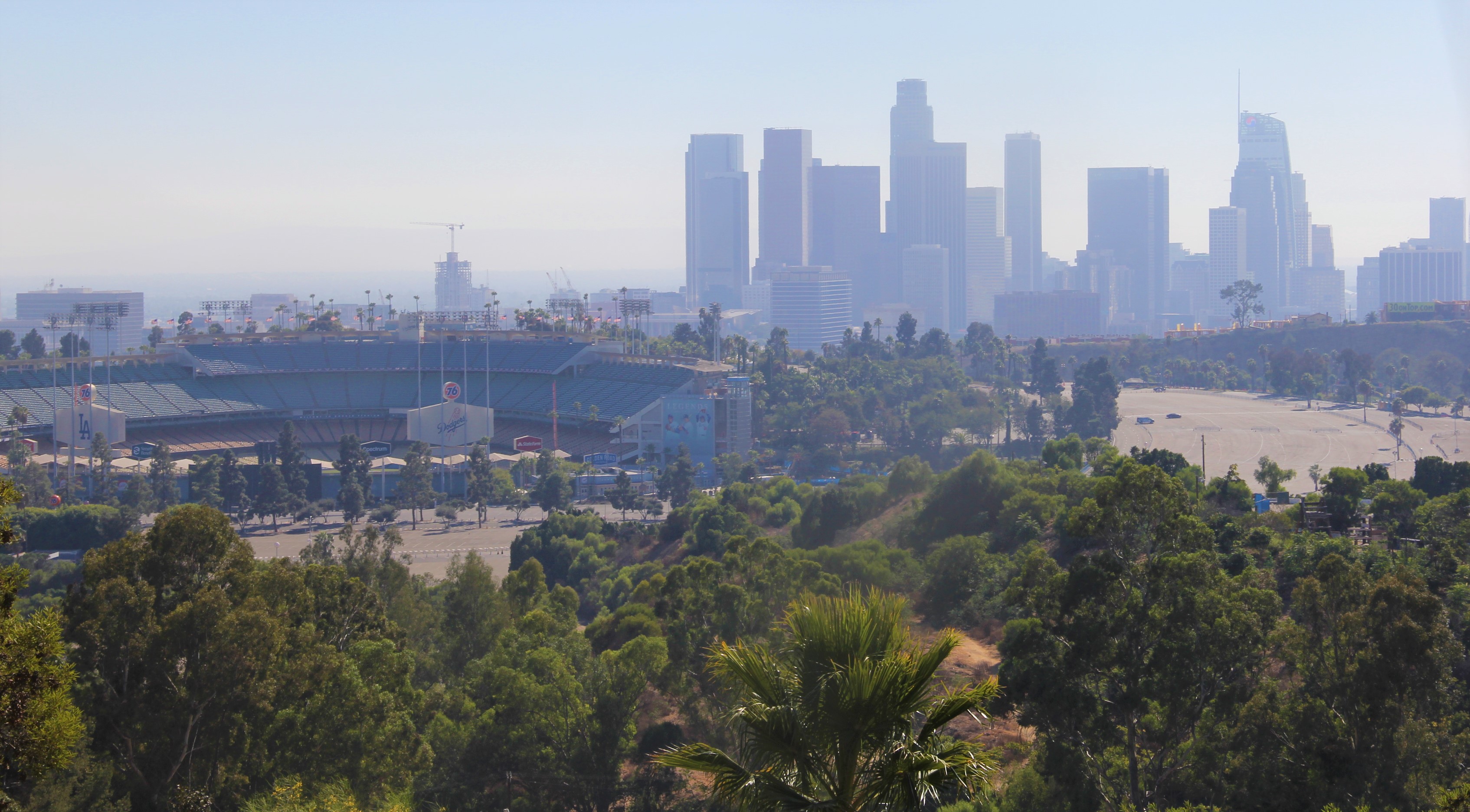 To travel to and from the game, plus our tailgating pre-party, Chevy provided us an impressive Silveraldo Trail Boss! This massive truck seats six and has an impressive amount of camera angles; other truck drivers passing us had truck envy! My family and friends piled into the back to listen to tunes as they got into the mood for our tailgating party. We arrived at Angel’s Point in comfort and style! 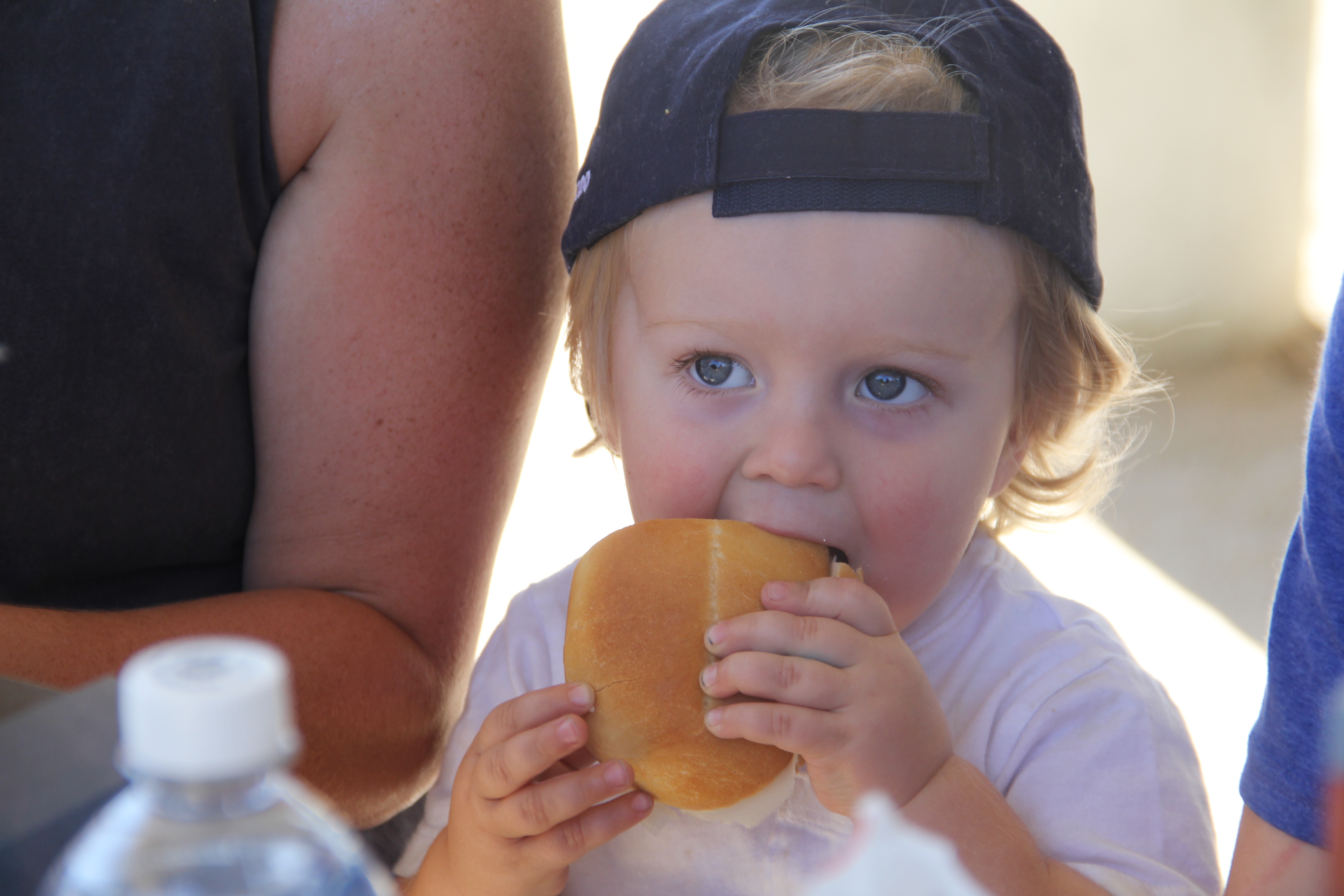 Grilling is always the perfect tailgating activity, but to make things easier we purchased a lunch meal with sandwiches, cookies, chips and drinks. It was easier to clean up, as well as simply delicious! We were ready to eat as soon as we picked our spot in the park. Yes, we were hungry!

In between our munching, we threw baseballs, attempted to hit with small bats and overall, enjoyed the beautiful sunshine and location. We took in the views before we went to the game. The entrance to Elysian Park is super close to the various stadium parking gates. We learned that the area gets busy near game time, so make sure to give yourself time for traffic and parking. 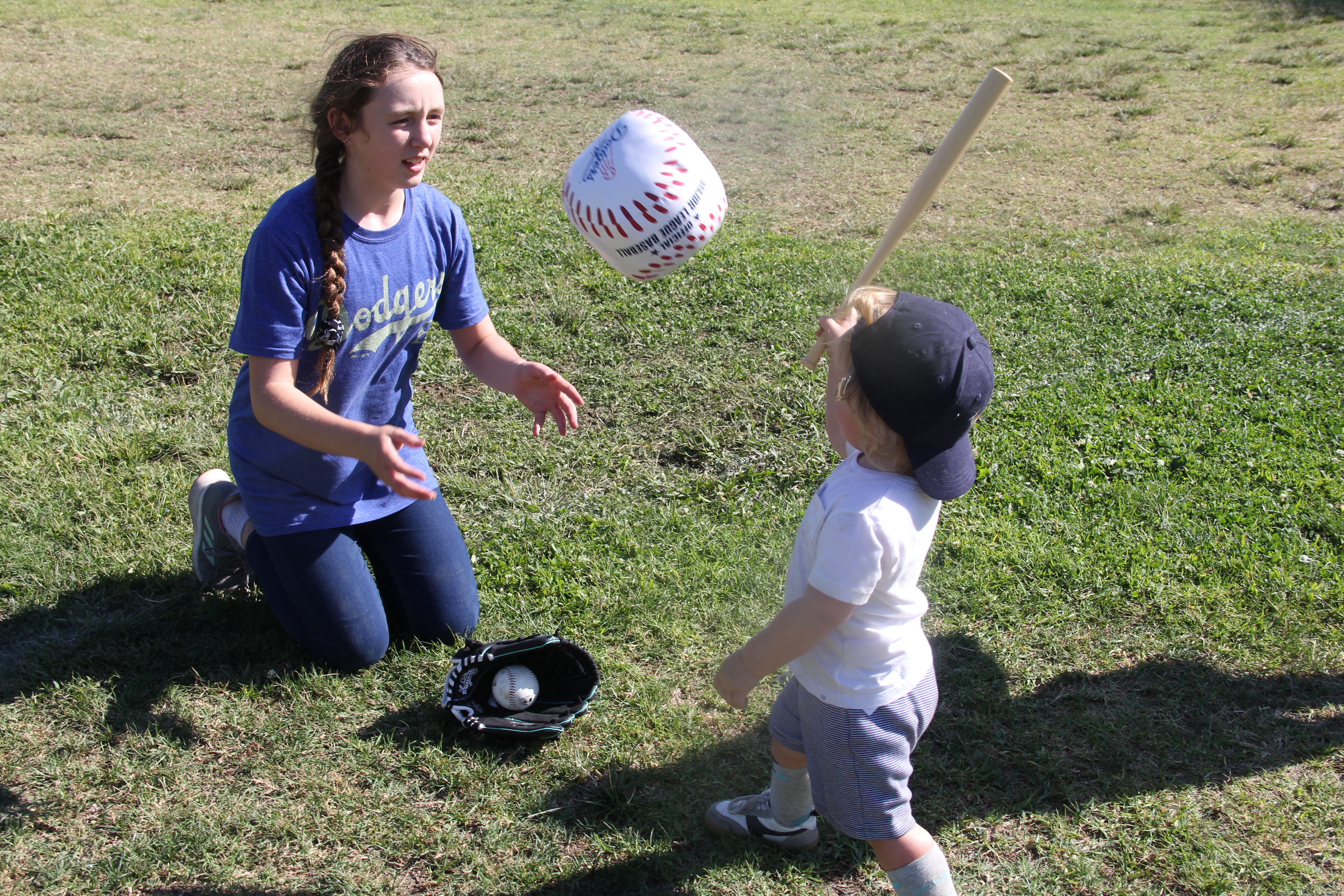 The game was a blast! We received a bobble head of Cody Bellinger and a Dodger cloth to wave with our fellow fans! Families and friends bonded with their seat neighbors. I’m not abaseball expert, but my husband is;it was cool to see him and my daughter talk about the teams and strategies of a game. Sitting in the stands is a community event with everyone giving high fives, eating Dodger Dogs and cheering. Also, this is probably the only time it’s okay to “boo” someone. We actually had Nationals fans in our section and they were being good sports. People of all ages surrounded us and a kid in our row caught a foul ball! We were all elated! Whether we were doing the wave, singing “Take Me Out To The Ballgame” or hoping to make it on the Jumbotron, we are doing it with a smile! 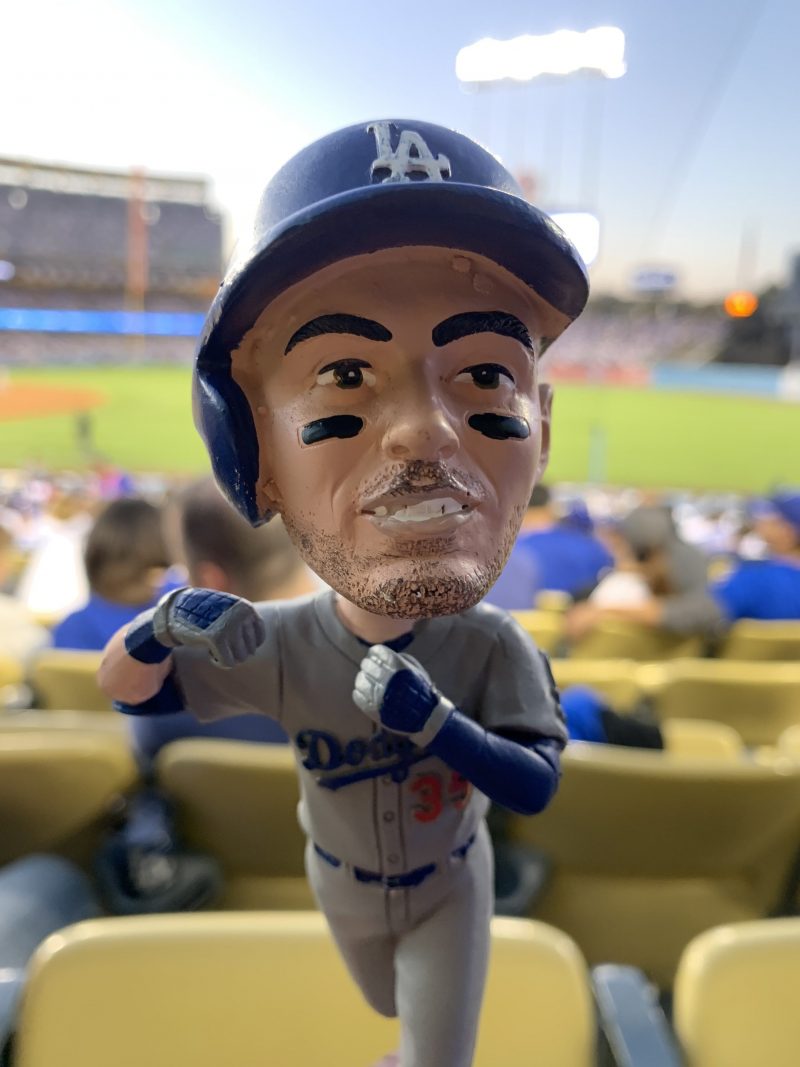 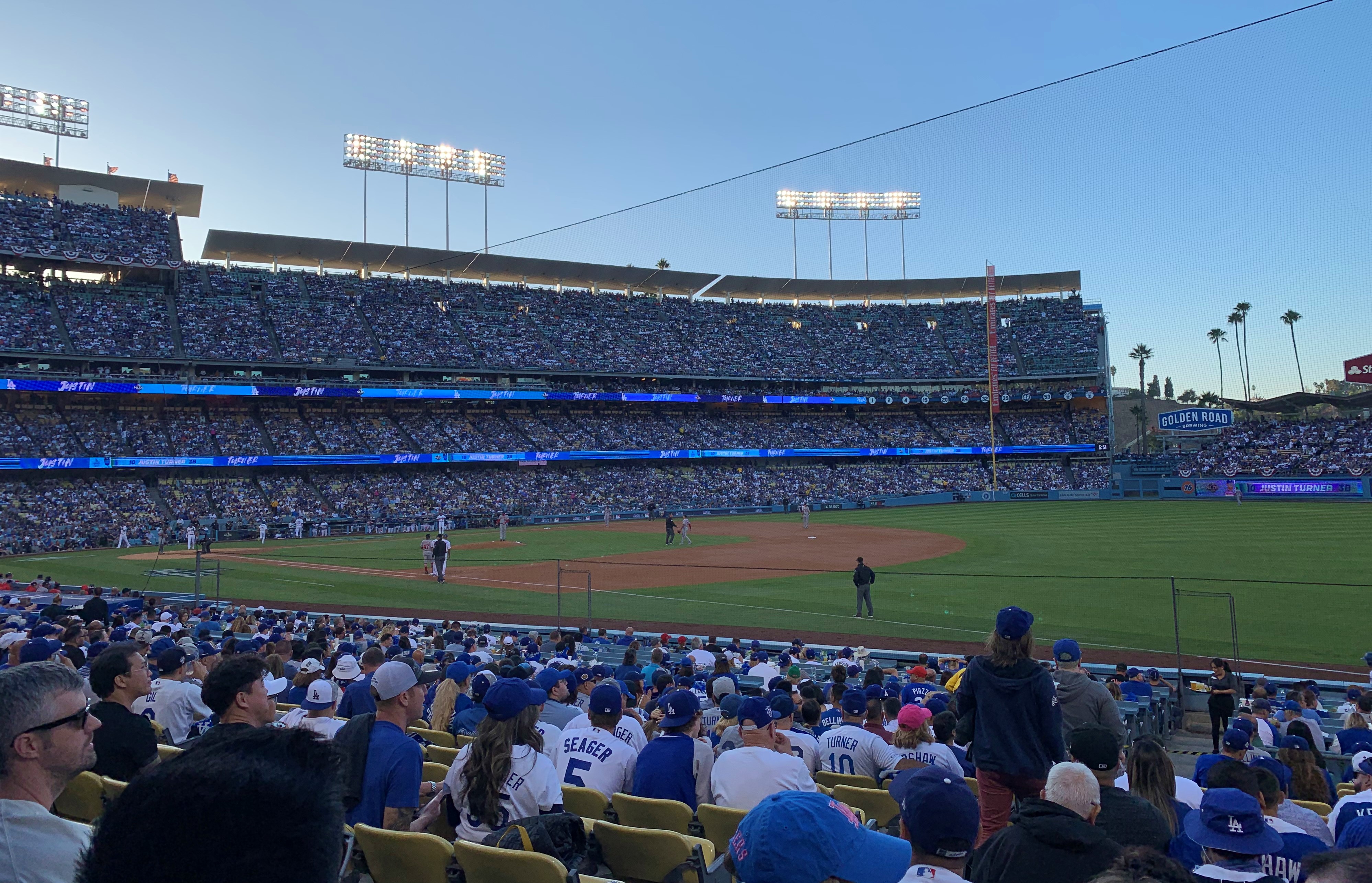 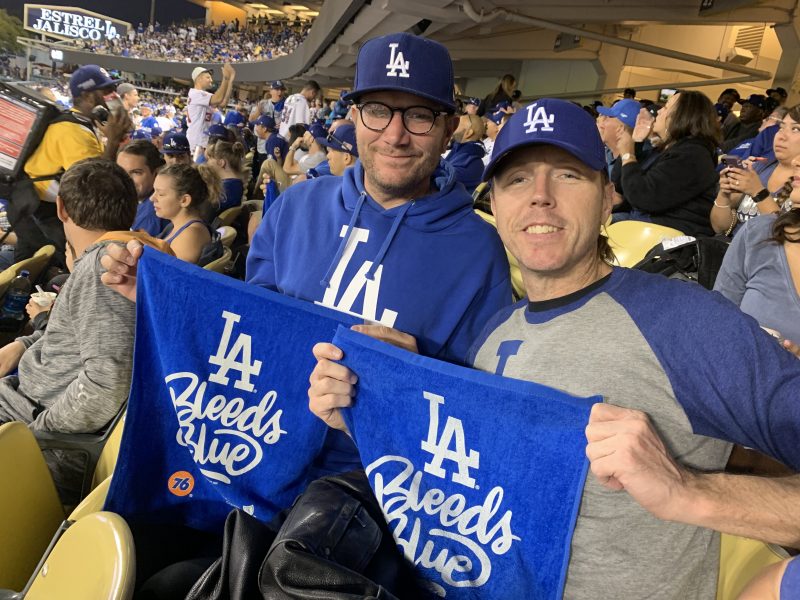 Tips: Have your kids bring a baseball mitt to try to catch a foul ball. Some players throw balls out to the stands in between innings.

Outside food is allowed in the stadium which is cost effective since stadium food can be pricey. But sometimes you have to splurge on fried Oreos and churros! Now, he Dodgers won game #1 of the post season that night, but unfortunately didn’t make it to finals. We’re still proud of the Dodgers for making it this farand look forward to next season and more fun in the stands with our fellow fans! There’s always next year! 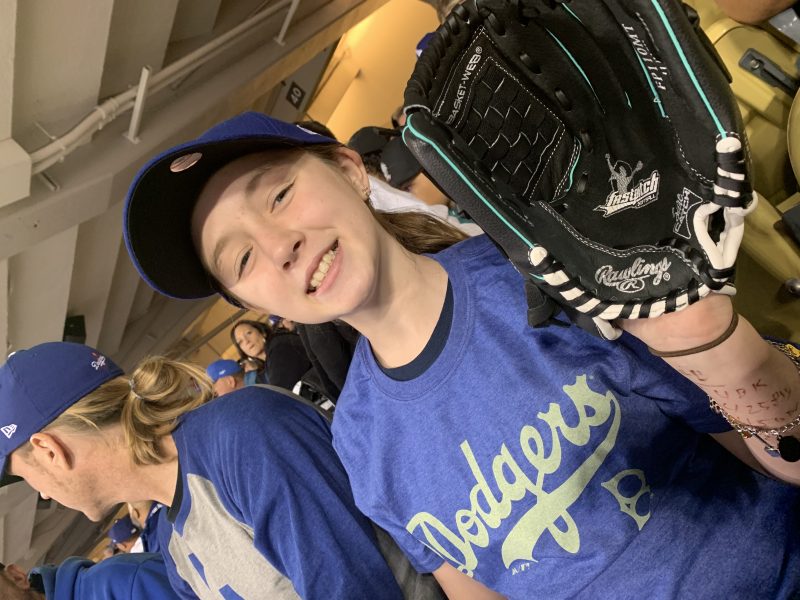 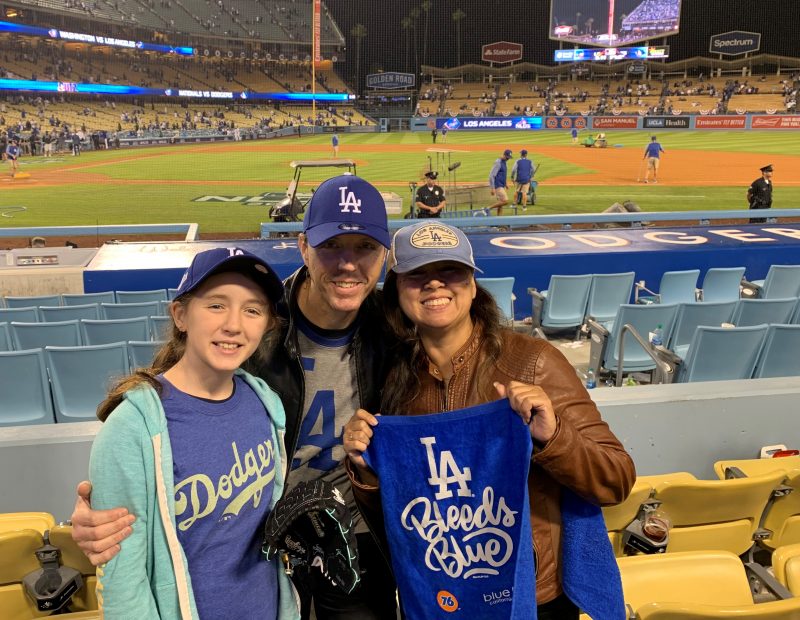 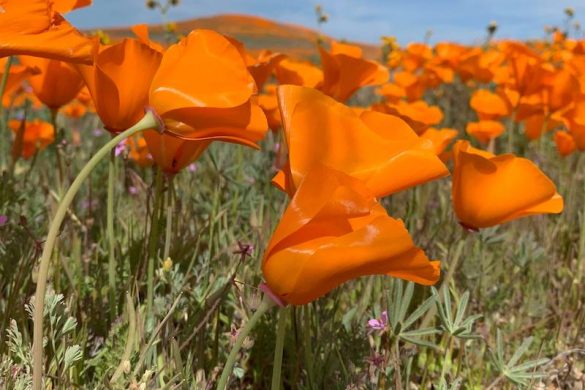