Today, me and my three kiddos tested and reviewed the BRIO WORLD Fire Station. Suggested for ages 3 and older, this play set was easy to build out the box and fun for all of us. My kids are ages 9, 7 and 4. I took a backseat and watched as the kids opened the box, the toy pieces and followed the simple instructions to build. In exactly three minutes with no tools, other than scissors to open the plastic bags holding the individual pieces, they had completed construction. 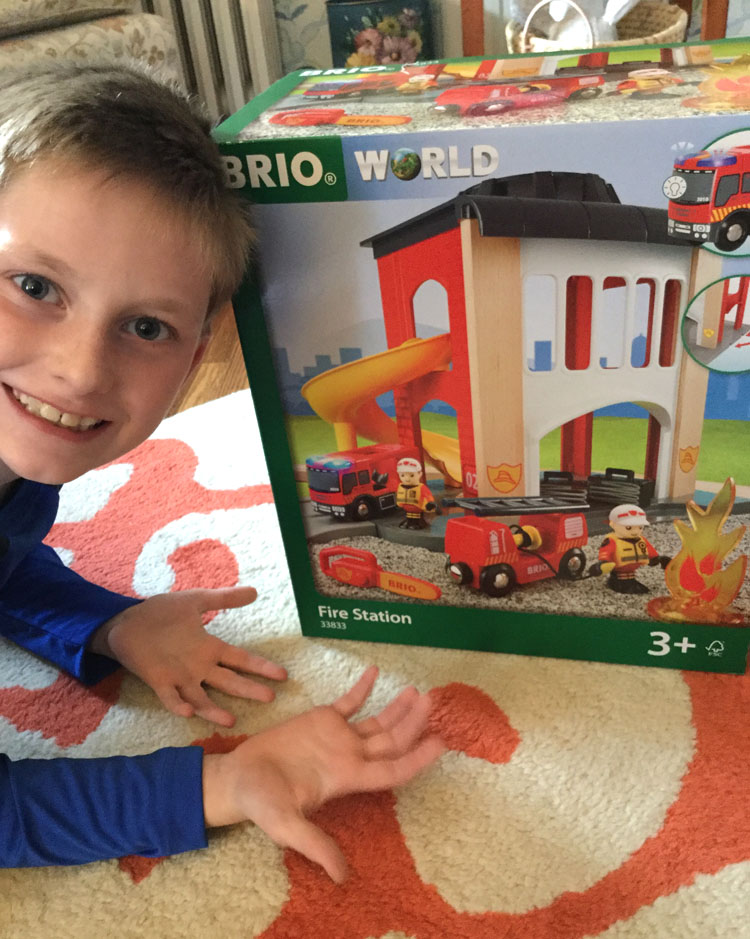 We think that the BRIO WORLD Fire Station is a great addition to any kid with existing BRIO tracks and trains (or other BRIO compatible tracks and trains.) Upon finishing building the fire station, my boys ran to recover our bag of tracks and trains. The Fire Station comes in 12 pieces – the main station house, a ramp, a straight track, two fire vehicles, 2 fire fighters (one man, one women), 2 molded hose suitcases, a chainsaw, a plastic fire and a bright yellow slide that attaches to the station house.

The kids had the fire fighters sliding down the yellow slide, and driving the emergency vehicles. Oncke we added our existing tracks they put the fire vehicles on the tracks heading out of the fire station to find the next blaze to battle. 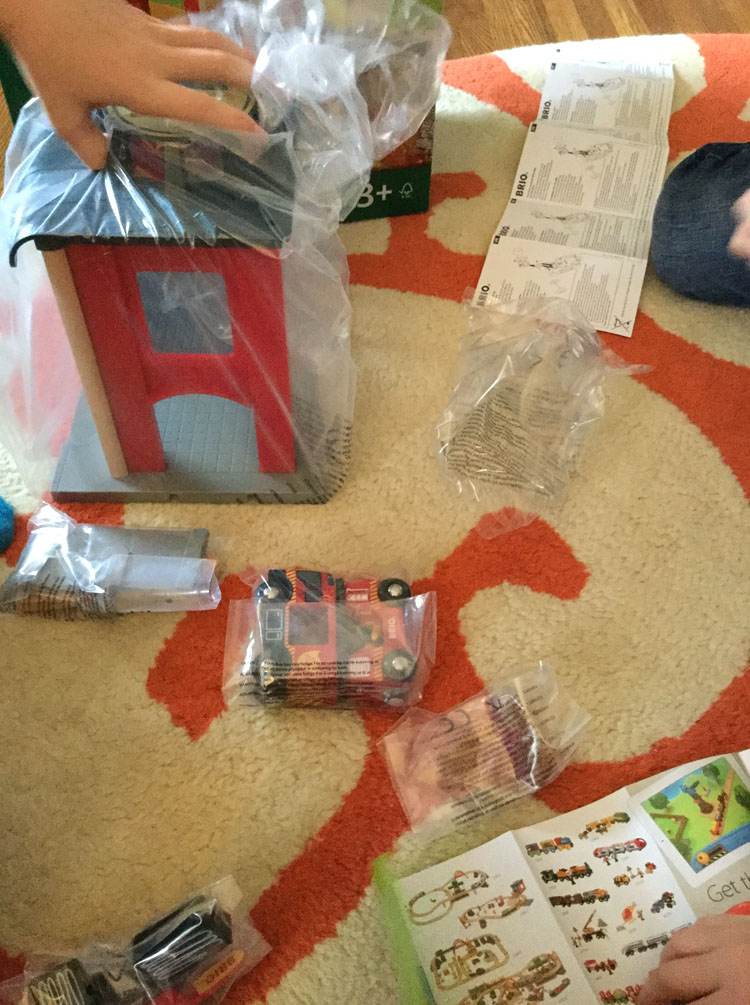 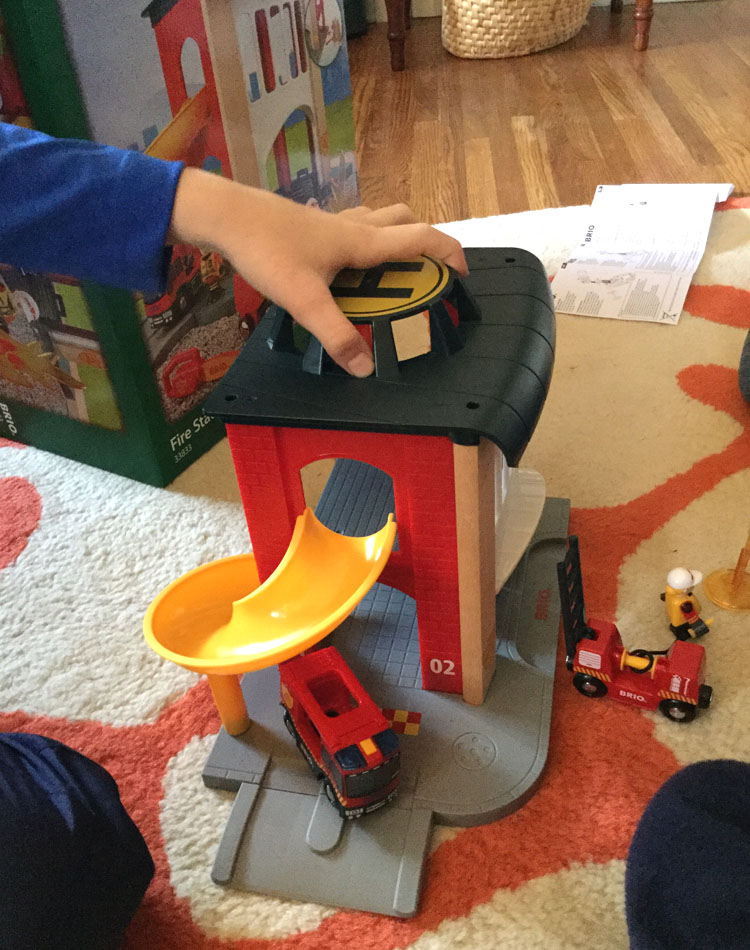 My kids were fans of the fire vehicles, one of which has real working lights and sirens. My 9 year old daughter instantly recognized that there were firefighters of both genders. We think this the perfect gift for younger kids, ages 4-6 years old, that love trains and building their own towns and villages. It is well made, and easy for small hands to manipulate. The pieces offer just enough flexibility, move ladders and hoses, slide and ride the tracks, without having to rebuild lots of small pieces each time you recreate an action scene.

Priced on Amazon for around $80, this is not an inexpensive gift, but the quality is high. The Fire Station feels like a gift that will easy pass from one child to the next for hours of play. BRIO wooden products are made with care and follow guidelines set by the FCI (Forest Stewardship Council) to ensure sustainable forest management. Accompanying tracks, trains and World options, such as construction sites, schools and parking garages, are widely available. Check out all the cool toys on BRIO’s website www.brio.net.

BRIO has deep routes in high quality craftsmanship that isn’t always apparent in the toy aisles today. The Danish company began in 1884 making baskets, and introduced their first toy in 1907. Now celebrating 132 years in business, BRIO continues to create new toys for kids all over the globe. 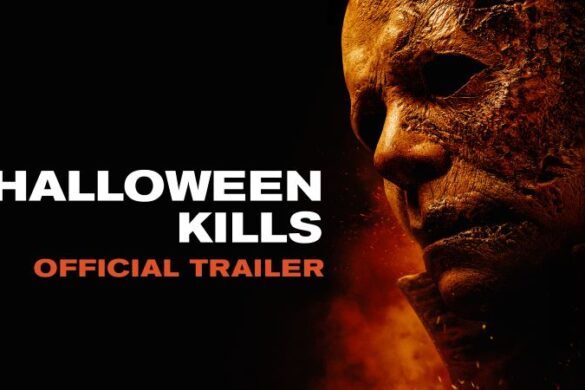