Top Posts
LUCK Has Plenty of Heart and Likable Characters
Jenny Slate Talks “Marcel The Shell With Shoes...
TRON Night On The Grid Panel At The...
Bullet Train: No Holds Bar Funny Action-Filled Bloodbath
Go on a “Journey Into Storytelling” at The...
Home entertainment What It Was Like To Attend The World Premiere of Maleficent: Mistress of Evil
entertainmentNewUncategorized 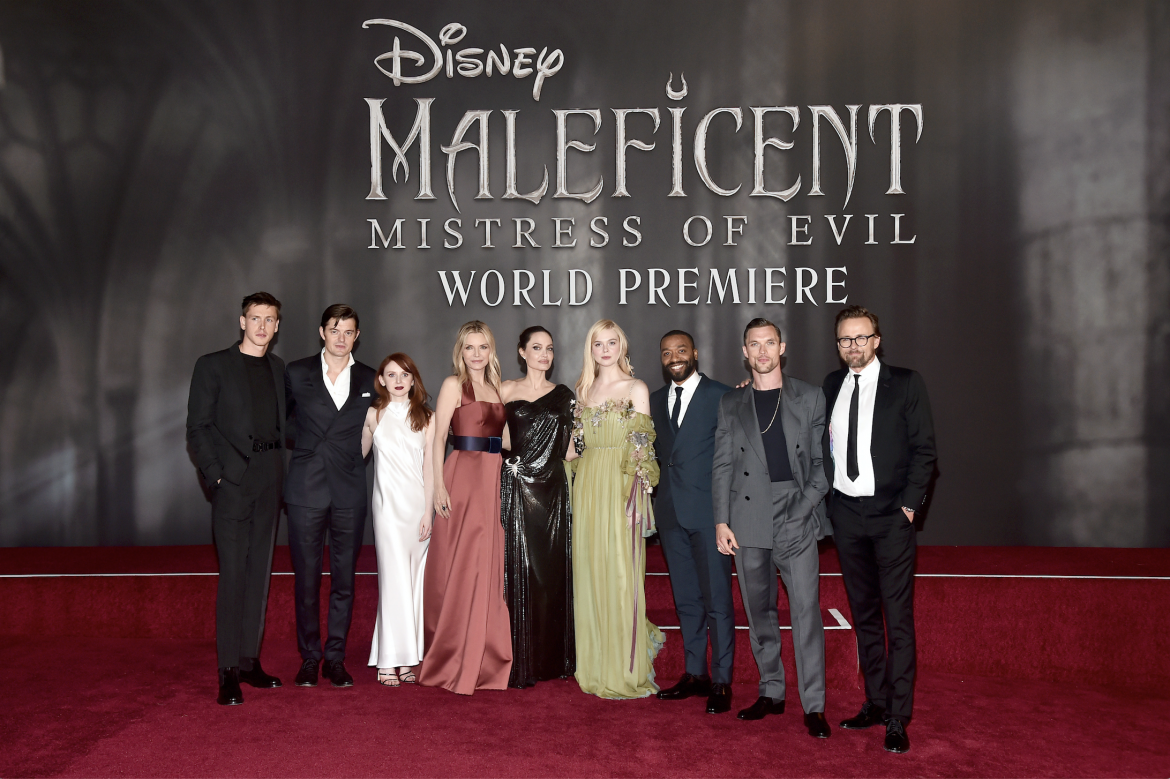 Thanks to Disney for the invite!

World premieres will have you seeing stars! I recently attended “Maleficent: Mistress of Evil” world premiere at the El Capitán with my daughter and we had the chance to walk alongside the stars of the film as well as film makers, press and friends. Stepping onto that red carpet will make anyone feel glamourous – we sure felt like Hollywood royalty! 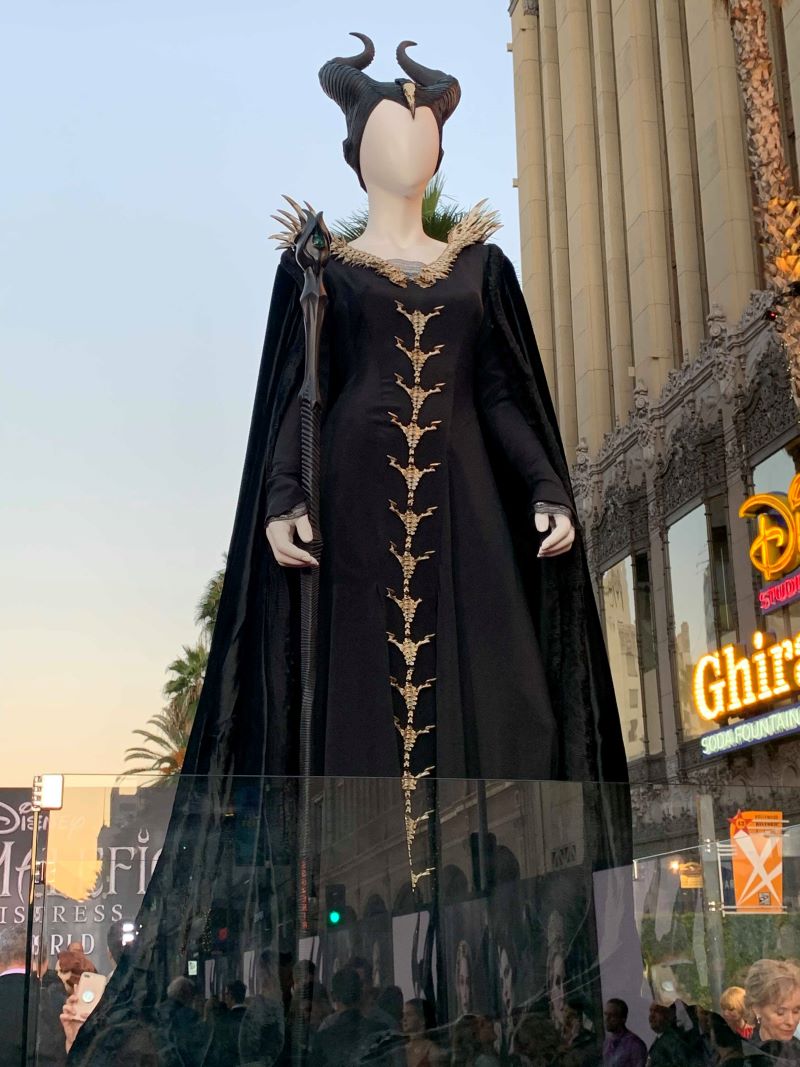 On our walk by the press line, we encountered a display of one of Maleficent’s many outfits. Speaking of attire, I wore a black and white wrap dress in honor of the Mistress of Evil and my daughter wore a bell-shaped blue dress in blue and silver. We had fun posing for photos and spotting celebrities before heading to our seats inside this lovely restored theater on Hollywood Boulevard. 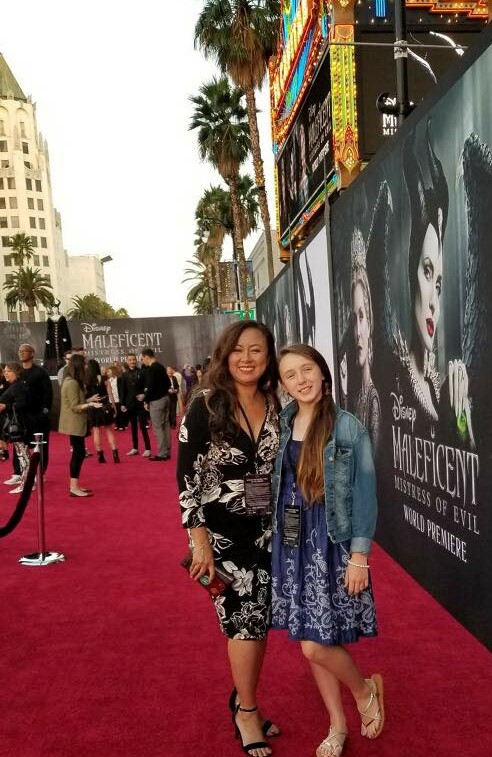 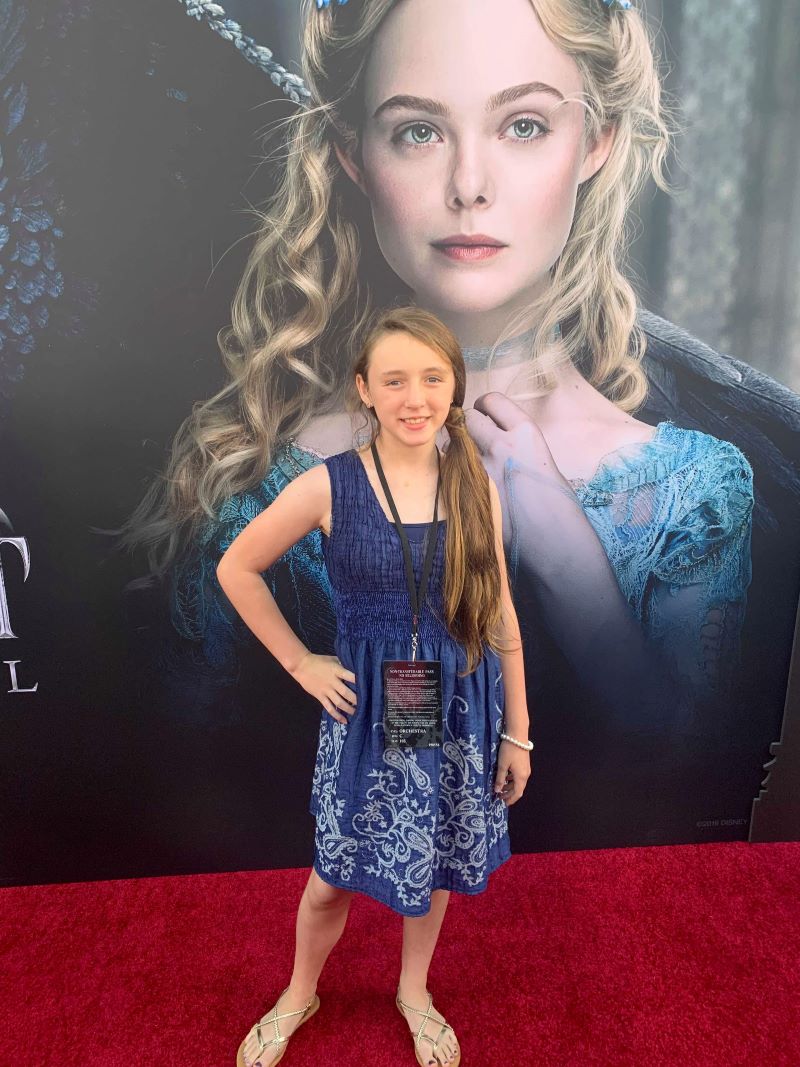 A tip: if you get invited to a premiere, don’t show up too early or you might get ushered directly into the theater, and you’ll miss seeing the the stars of the film who tend to show up later. You’ll end up sitting in your seat for a while and missing all the action outside! 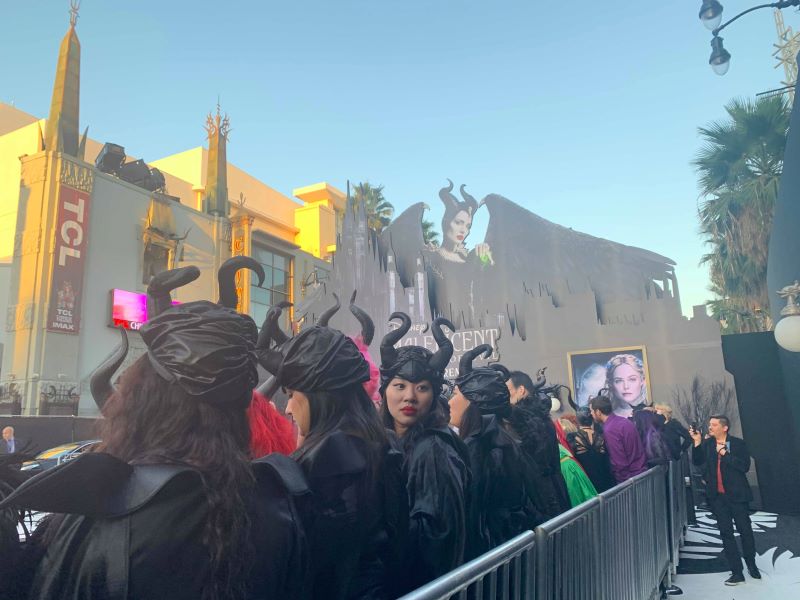 The show began with El Capitan organist Rob Richards entertaining guests with memorable Disney songs. We were also surrounded by Maleficent fans decked out in various sized-hornheaddresses and black ensembles. Eventually the stars spilled into the audience and took their seats. The movie was about to begin!

“Mistress of Evil” is the sequel to “Maleficent” with Angelina Jolie and Elle Fanning back to reprise their roles in this fantastical adventure! 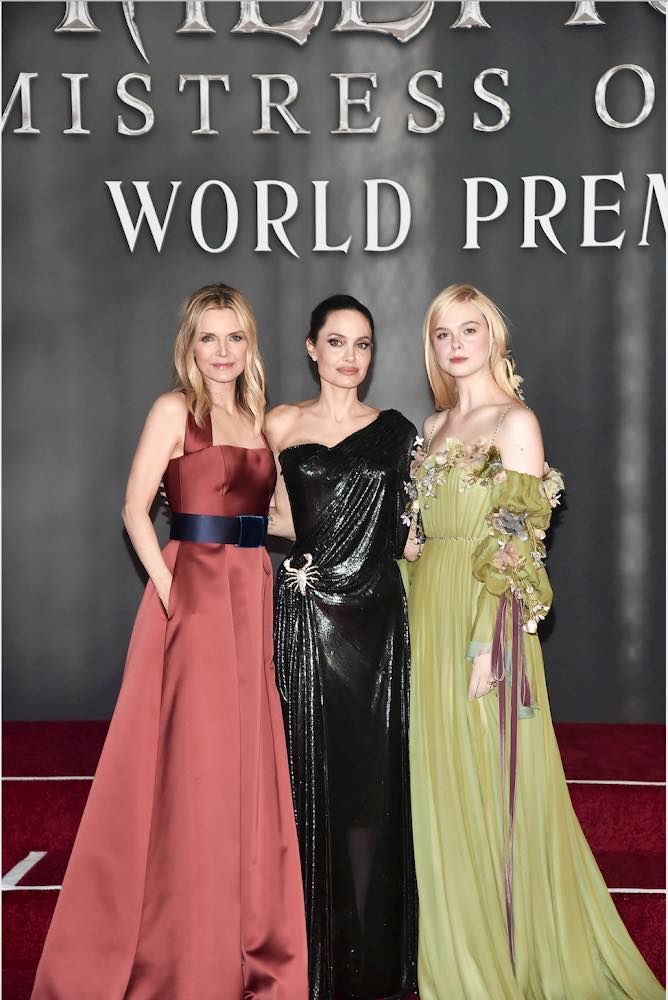 Maleficent (Angelina) and Princess Aurora (Elle) protect the Moores but their relationship is questioned when Prince Philip proposes to Princess Aurora. Phillip’s mother, Queen Ingrith (deliciously performed by Michele Pfeiffer) isn’t on the up and up and has plans to start a war between humans and fairies. How will it end? You’ll just have to see it to find out!

Overall, the stunning visuals are incredibly impressive and (maybe) even better than the fabulous wardrobe! Either way, it’s a win-win for mesmerizing eye candy on all levels!

After the movie, the film stars were ushered out to the after party. We waited for Angelina to walk by us with her family. We were happy to see Angelina’s father John there to support his daughter!

We walked across the street from the theater to the Roosevelt Hotel where the celebration was underway. We ate, enjoyed drinks, stopped by the craft tables then scouted out the stars! 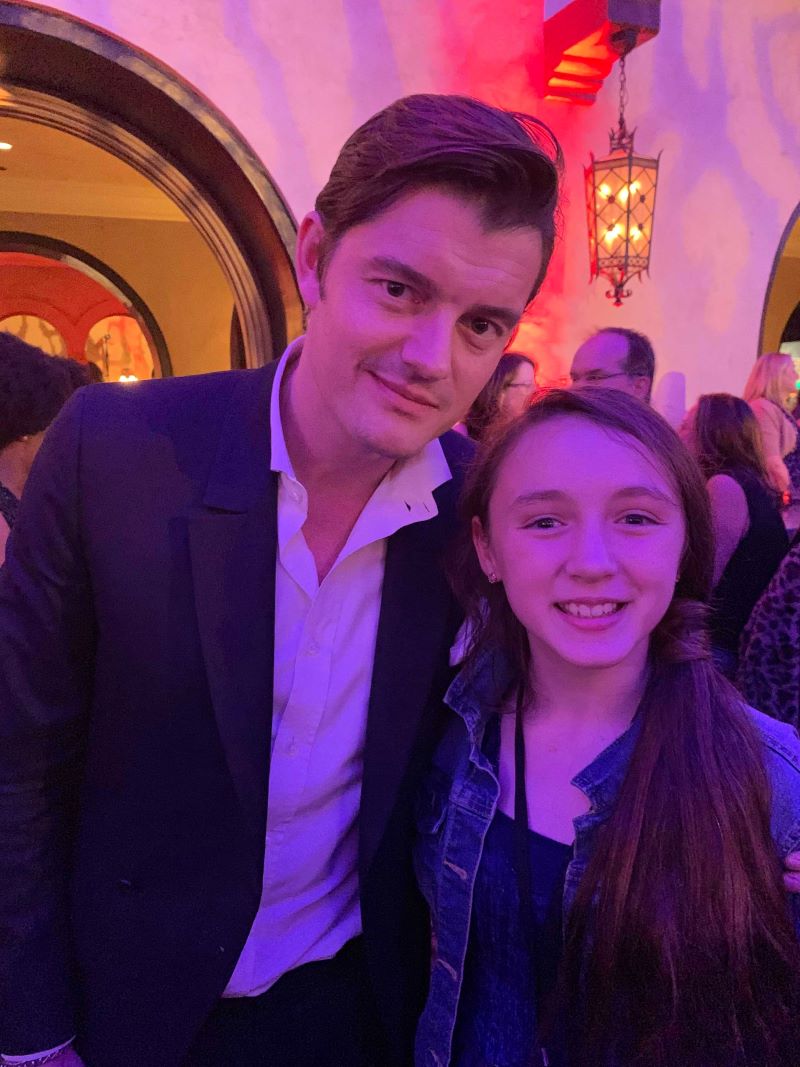 My daughter was super excited to get a photo with Maleficent star Sam Riley who plays Maleficent’s loyal and witty raven (not crow!) side kick Diaval. We approached Sam who graciously posed for a photo with us. When my daughter told him Diaval was her favorite character, he told her she “has good taste!”

Nearby we spotted Angelina and Ella who were huddled together surrounded by their own families as well as security.

In the past, I’ve always thought of Angelina as unapproachable, even a little cold but now, I have a different opinion. I heard her speak about her son going off to college at the Maleficent press conference, and seeing her interact with her children at the premiere made me realize that she is a mom who really loves her kids. I could see how she interacted with them in a very loving and caring way. It was really nice to see them as a normal family and I didn’t want to interrupt their special moment.

What’s a normal family anyway? Can anyone say that their family is perfect?

“Maleficent Mistress of Evil” explores the complexities of family and the bond between a mother and child.

Maleficent Mistress of Evil is in theaters Friday October 18.