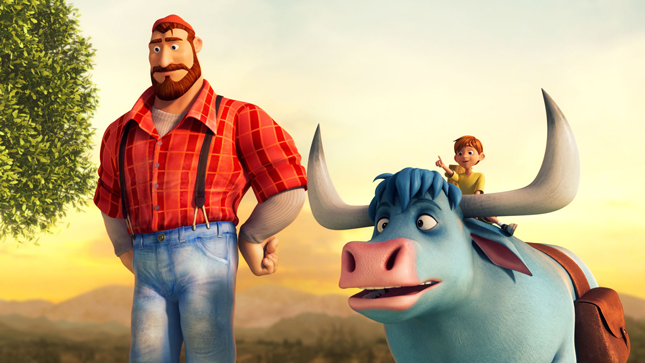 Bunyan & Babe is a modern take of the American folk story of the legendary lumberjack, Paul Bunyan, and his pet blue ox, Babe. The full-length feature film is available exclusively on Google Play (FREE through February 16, 2017) and in theaters on February 3rd. 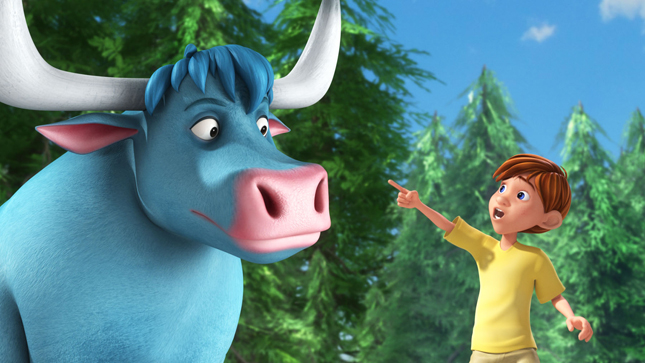 When Travis and his sister Whitney visit their grandparent’s farm for the summer, they stumble upon a greedy real estate developer’s plan to steal the land of the town’s longtime residents. While running from one of the developer’s goons through the forest, Travis falls through a magical portal which transports him to the world of American hero, Paul Bunyan & his pet blue ox, Babe. Together with the help of their new friends, Bunyan and Babe, Travis and Whitney head off to save the town and forest.

Directed by Louis Ross and written by Michael A. Nickles and Julia Wall. 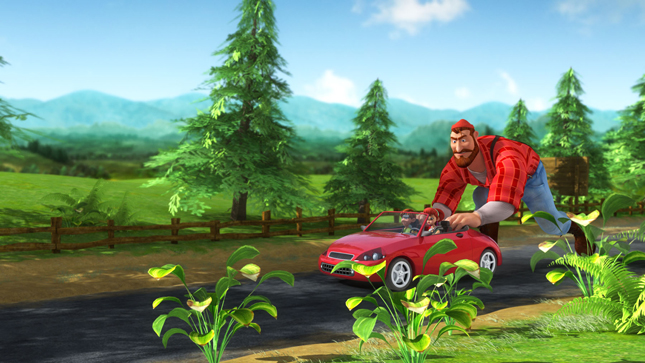 I somewhat remember the American folk tale of the legend of Paul Bunyan and Babe the Blue Ox. Mainly remember him as being a giant lumberjack of a man, with tales that were legendary. Also heard that there were statues of them along the roads in a few towns in Minnesota and Michigan. One of the stories suggest that he created the Great Lakes. 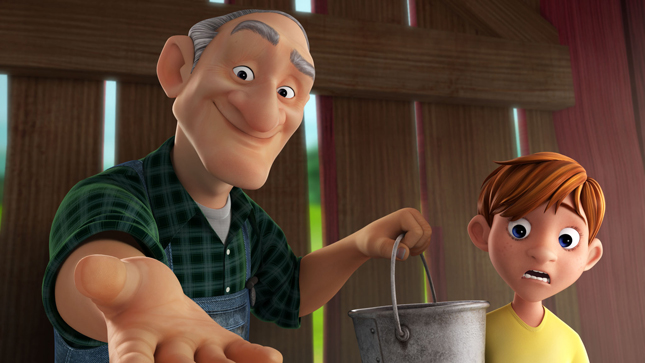 In the beginning of the film, Travis is reluctant to go to his grandparent’s farm for a vacation thinking that it would be boring. But once he is there and starts to get used to working with his grandpa, eating the freshly harvested crops and exploring the farm, his attitude begins to change. He discovers that the farm can be a fun learning experience, especially when he meets Bunyan and Babe.

Since Bunyan and Babe have been gone for over 100 years, they don’t realize how transportation and the world has changed during their self-emposed exile. Their reactions to the sound of an airplane and automobile is pretty amusing. Then there is the scene with Babe and a dog that is funny. Jeff Foxworthy as Babe is probably my favorite part of the whole movie though. 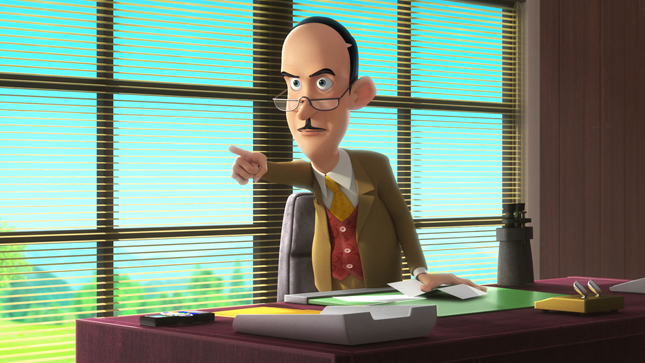 The 3D animation is very well done. The animation style almost reminds me of some of the video games I have played on the home game consoles. Especially when I saw the henchman run and some of the movements of the grandma. The animated feature film is fun, entertaining and the perfect movie for the entire family.

The film will be FREE on Google Play for a limited time from January 12 through February 16 to viewers in the US and Canada. There is a Google Play link provided below. A theatrical release is planned in 12 market cities (including New York City and Los Angeles) on February 3rd.

Check out the trailer for Bunyan & Babe here:

To view Bunyan & Babe in HD on Google Play:
https://play.google.com/store/movies/details?id=qw9U5CS6ZkY&e