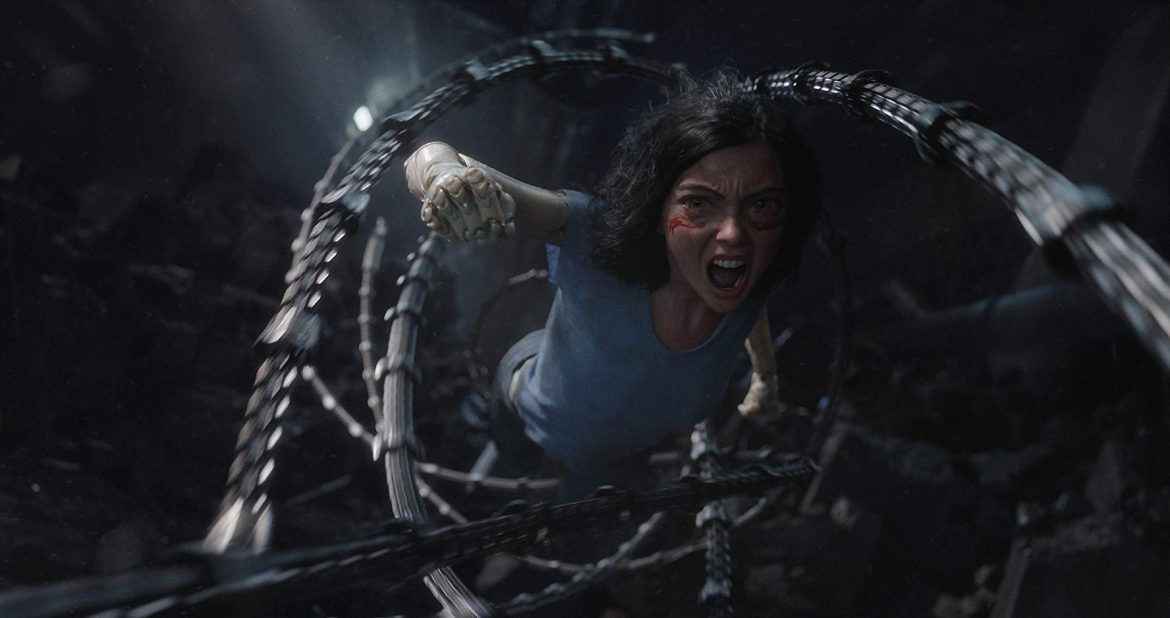 Fans of Alita: Battle Angel has been patiently waiting for James Cameron to release his adaptation of the manga of the same name. Naturally, these fans became increasingly frustrated Cameron put the title on the back burner so that he could focus his attention on developing the Avatar sequels. Luckily, Robert Rodriguez stepped in as his replacement and was finally able to bring the long-awaited film adaptation to life. While this may be a cause for celebration to those who love these mangas to live-action film adaptations, the film might have some trouble connecting to those who aren’t familiar with those works.

But that has been somewhat of a struggle for these kinds of films. Especially when it comes to adaptations of popular manga and anime titles. A lot of the time, there are creative forces behind it are people who don’t understand the material. So when it does come out, we’d be lucky to get something that is style over substance. Because films like Dragon Ball Evolution and Ghost In The Shell are far more concern with how it looks than how it makes you feel.

Alita: Battle Angel, based on the Yukito Kishiro manga Battle Angel Alita, takes place during 2563, 300 years after the so-called Fall, a war between two factions ravaged cities in the sky and caused them to fall into the cities below. Though one city remained, and they dump any sort of garbage to the Iron City scrapyard that is beneath them. There a Doctor Ido (Christoph Waltz) robotics prosthetic doctor finds the remains of a teenage girl, whose robotic brain was still very much active. He outfits her with a robotic body he was to use on his late daughter and even gave this robot her name. Thus Alita (Rosa Salazar) is born. Although, her memory has been wiped. But she still retains a lot of her combative programming, as seen when she protects astray from being stepped on by a large police robot enforcer. This catches the attention of Hugo (Keean Johnson) a young boy, and Alita’s newfound love interest, who ambushes similar bots so he can take their parts in the hopes that Vector (Mahershala Ali) can bring him back to the city in the sky. 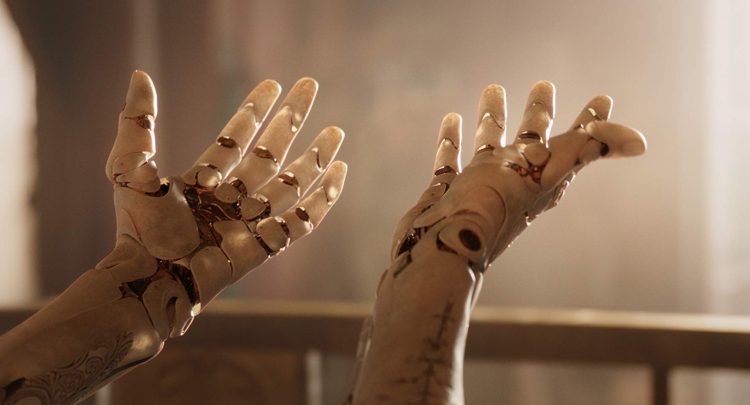 On her journey to discover whom she is by fighting massive robots like Grewishka (Jackie Earle Haley) and bounty hunting cyborgs like Zapan (Ed Skrein), she will learn the truth about her father, where she came from, and the puppet master who is pulling all of the strings from the shadows.

The trouble with the film is that there is far too much going on at once for anyone to actually care about Alita reaching her goal. There is no doubt that she will because the film goes by the numbers in terms of storytelling. As a result, the stakes do not feel as high as the characters make them out to be. It’s far too predictable. Worse, it delves into one too many subplots that throw off the film’s pacing. Some of them actually help with Alita’s character development, while others plant the seeds for a potential sequel. But for the latter, that is like putting the cart before the horse, and because of that, there are a lot of conflicts in the film that are carelessly resolved.

Furthermore, a lot of the supporting cast feels wasted. Although, that is through no fault of theirs. They just work with the limited screen time that they’ve got. Waltz is fine as the helicopter dad who is also a hunter-warrior, a person who collects bounties. Meanwhile, Ali’s Vector is just another run of the mill the generic villain with dull motivations. But he still brings a sense of cool and suave attitude to the role. And Jennifer Connelly’s Shiren, Ido’s ex-wife, brings in some humanity despite the fact that she is Vector’s aid. But its Alita’s relationship with Hugo that doesn’t do much for either of them. There wasn’t any real need to have a romantic relationship between the two since it doesn’t help Alita’s character development.

Though the film is so busy trying to build upon the mythology and trying to reveal who Alita was before she was thrown away like garbage, it still is somehow intriguing to watch. And a lot of that has to do with the fact that Salazar carries the entire weight of the film on her shoulders. Here we see the title character determined to find out who she is and make a name for herself in Iron City. Her journey from robotic parts to cyborg is a compelling one. We see the joy in her face as she experiences new sensations from new sights, sounds, tastes, and touches.

But her arc becomes more developed as she searches for the answers about her mysterious past and unlocks abilities she never knew she had. And like any child, she becomes more curious about the world that is around here. Given her strengths, she sets out to test the limits of her strength. And that determination is on full display through the visually stunning action sequences.  The battle that occurs in the midst of a game of Motorball, think roller derby but with more competitive bots that are armed with buzzsaws, chains, spikes, and blades. 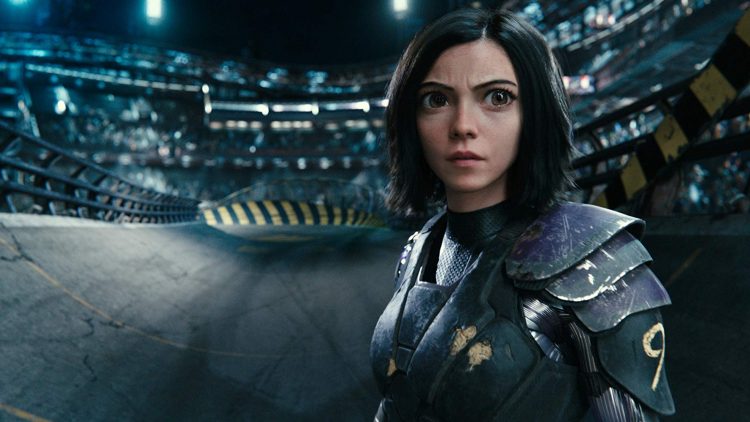 So to watch that growth from being an ignorant child to a mature warrior cyborg is incredible. And when all of that is paired with the visuals that are used to create Alita, it creates for a more believable performance. The attention to detail that goes into everything we see in Alita’s is incredible. The skeletal structure is incredibly complex. And the skin resembles that of a human but is very much cybernetic. That sort of tangibility is hard to come by and these visuals are right on the level of that of WETA, the digital house team who brought us Caesar in the Andy Serkis’ Planet Of The Apes trilogy.

While Alita: Battle Angel may have its problems, it is still somewhat of a visual marvel. There are action sequences in the film that simply could not have been done had it been produced and released years ago. And Salazar’s performance as Alita keeps audiences glued to the screen as we see some genuine character growth from her. But when it comes down to it, Alita: Battle Angel has too much style that overshadows narrative substance. 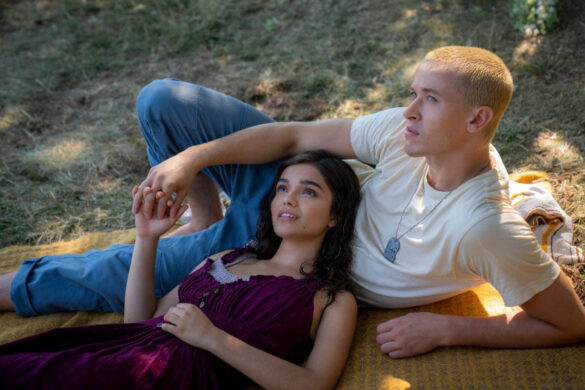 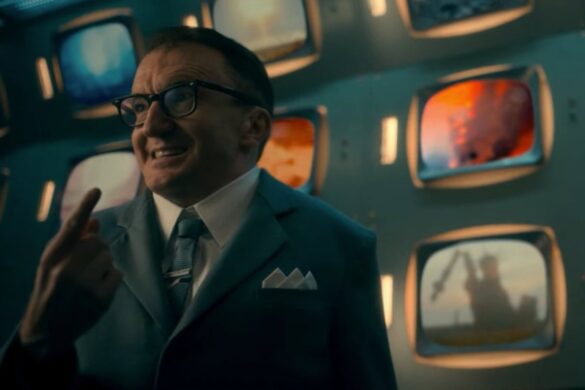