Disney•Pixar has released the latest trailer for Onward. Directed by Dan Scanlon, the animated film features the voice talents of Chris Pratt and Tom Holland who voice two teenage elf brothers embarking on a quest to discover if there is still magic out there.

We have already seen a few trailers that show just how deeply personal this film is as Scanlon recalls that like the characters, he and his older brother never met their father because he passed on when they were just infants. However, they discovered who he was through VHS tapes. But the film will put a slight twist on that as the two elf teenagers will get a chance to be reunited with their father through magic. The trouble is, the spell that they cast is incomplete, with their father being seen from the waist down. With the spell having only a 24-hour time limit, the brothers journey to a far off land to complete the spell before their father disappears forever.

I have to say that for every Disney•Pixar film I feel hesitant about after watching the first initial teasers, it seems to go away with every new trailer. Like most of their films, the animation and story marry well together, and Pixar has been known to prioritize story over animation. And it feels like that all over again in Onward. A fantastical world that is beautifully animated that is fully supported by the strength of a very personal story.

The animation studio continues to subvert expectations and prove that their films will be worth the wait. Also, it is great to see that they can switch back and forth from original to sequel or prequel without losing much momentum. But with Onward being an original piece, the film could prove to be the studio’s most emotional film as many people could probably relate to its story to a certain degree. 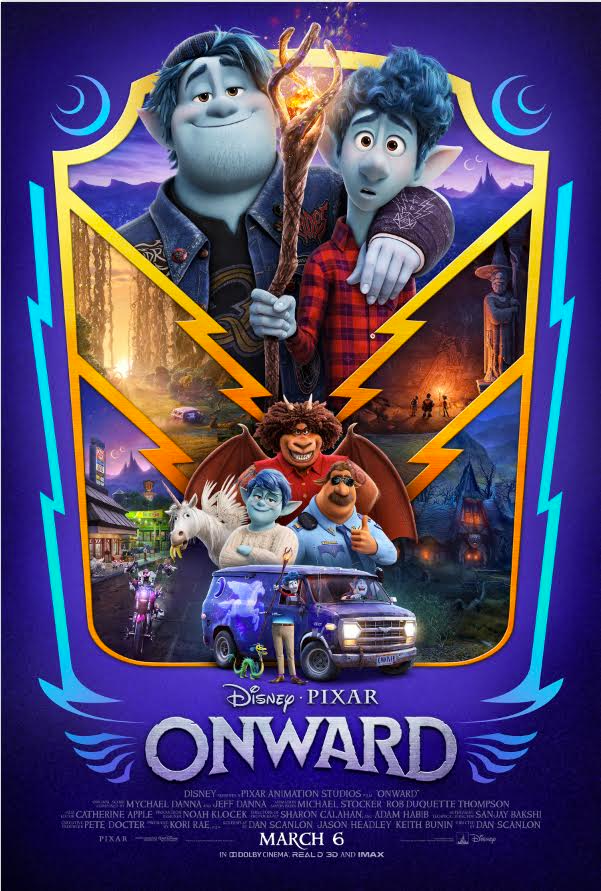 Set in a suburban fantasy world, Disney and Pixar’s “Onward” introduces two teenage elf brothers (voices of Chris Pratt and Tom Holland) who embark on an extraordinary quest to discover if there is still a little magic left out there. A new trailer and poster are now available, and new character posters were recently revealed, introducing cast members Mel Rodriguez, who voices Officer Colt Bronco; Lena Waithe, who lends her voice to Officer Specter; and Ali Wong, the voice of Officer Gore. Also featuring the voices of Julia Louis-Dreyfus and Octavia Spencer, “Onward” opens in U.S. theaters on March 6, 2020.

Onward also features the voices of Mel Rodriguez and Ali Wong, both of whom will play police officers. Meanwhile, Julia Louis-Dreyfus will voice the mother of the two teenage elves, and Octavia Spencer will voice the Manticore.

Disney•Pixar has scheduled Onward to open in theaters on March 20, 2020.