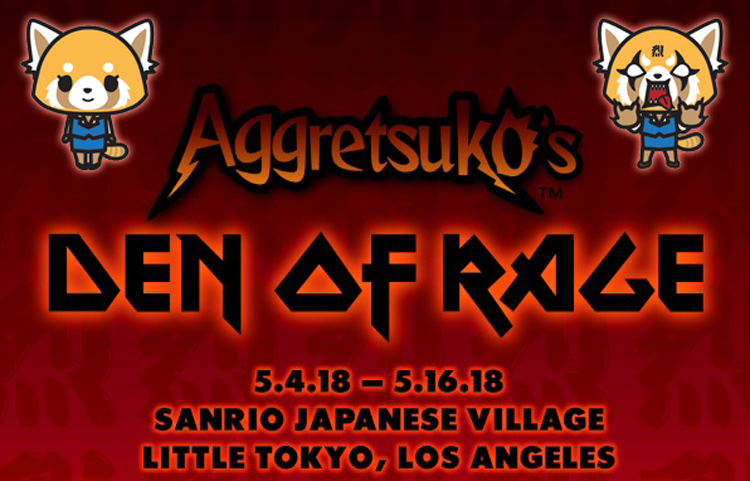 Netflix has launched the new animated series, Aggretsuko with ten 15-minute episodes that follow Retsuko, an adorable, 25-year old red panda, working as an office associate in the accounting department of a trading company in Tokyo. All she wants is to do is do her job and get through the day, but when office workday frustrations reach a boiling point, she reaches “rage mode” and vents her frustrations through death metal karaoke sessions. Her cute appearance transforms into a face painted metal rocker.

To celebrate the launch, Sanrio has scheduled a month full of takeovers, collaborations and product launches for the ever-growing list of Aggretsuko fans. 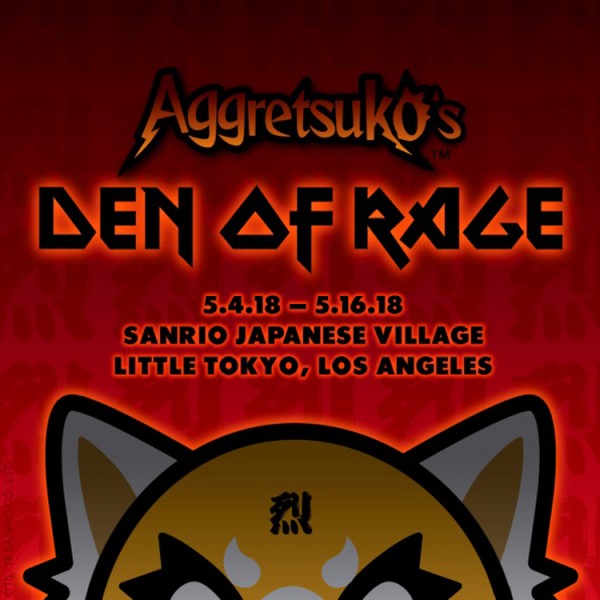 Beginning May 4th, the red panda that is known to rage will be taking over Sanrio’s Japanese Village shop in Little Tokyo! The 800 square foot retail space in downtown L.A. will be transformed into Aggretsuko’s DEN OF RAGE, an experiential pop-up where fans can immerse themselves in the character’s colorful world – from her desk at her trading office in Tokyo, to the karaoke bar where she lets off steam after work. The pop up will be open for 2 weeks (May 4-16) and will offer fans the largest selection of new imported and exclusive Aggretsuko merchandise in the world, as well as plenty of shareable photo opps and immersion into her world. Aggretsuko herself (in sweet and rage modes!) will make appearances and highlight this takeover. 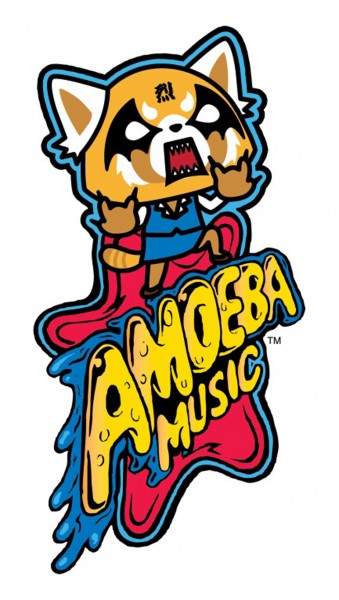 Aggretsuko’s love of heavy metal has inspired a mash-up with the independent and iconic music store, Amoeba Music that will launch later this month. Fans will be able to rage alongside the karaoke enthusiast as she makes appearances in the shop’s landmark Hollywood and San Francisco locations. Sanrio and Amoeba Music will host live screen printing events with special edition Aggretsuko x Amoeba Music t-shirts and tote bags available for purchase.

Aggretsuko will be making appearances at Amoeba Music L.A. on May 17 and Amoeba Music San Francisco on May 19. 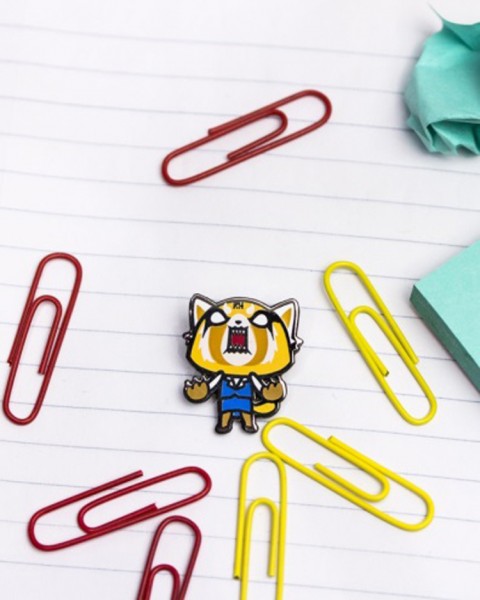 Sanrio also partnered with Pintrill on a special edition pin featuring Aggretsuko in “rage mode.” The limited edition pin is now available for purchase at Sanrio.com and select Sanrio stores.

Aggretsuko was originally introduced in a series of short sketches airing on TBS (Tokyo Broadcasting System), the characters of Agggretsuko (whose Japanese title is literally translated as “Aggressive Retsuko”) have found a steadily growing fan base throughout the world.