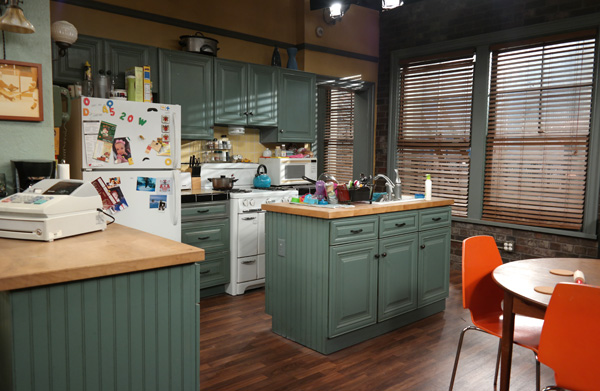 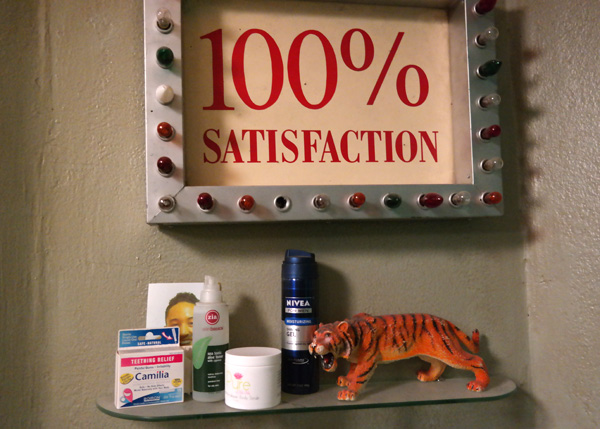 ABC Family’s Baby Daddy is returning for their winter premiere on January 14th! The comedy stars the talented: Jean-Luc Bilodeau, Tahj Mowry, Derek Theler, Melissa Peterman, and Chelsea Kane. Jean-Luc plays the adorable lead character Ben Theler who is a single-dad raising his daughter Emma with the help of his brother Danny (Derek Theler), mom Bonnie (Melissa Peterman)and two friends Riley (Chelsea Kane) and Tucker (Tahj Mowry). The show is hysterical and the cast is easy on the eyes!

Ok, ya’ll, I’ve watched the premiere episode. I’m sure you’re dying to know what Ben and the crew are up to. I can say that everyone looks great, the writing is hysterical but no spoilers here. After watching the the episode, we were off to the set of Big Daddy set where I met the cast! The guys are all super nice (and extremely handsome, did I already say that?) but my favorite was Riley! She’s beautiful and so sweet!!! Melissa Peterman is hilarious and definitely a risk taker! I was literally on the ground with her (we’ll save that for another post). What I loved about the Baby Daddy set was it looked lived in!! It reminded me of my place with stashes of records, knickknacks with my daughter’s toys thrown in the mix. The part-time Baby Daddy bachelor pad had a cool display of license plates, concert stubs as well as a neon cocktail light over the bar! The pinball machine is a nice touch! I wonder if it works. 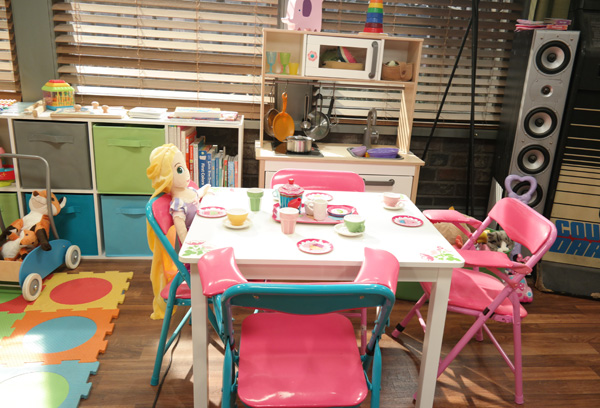 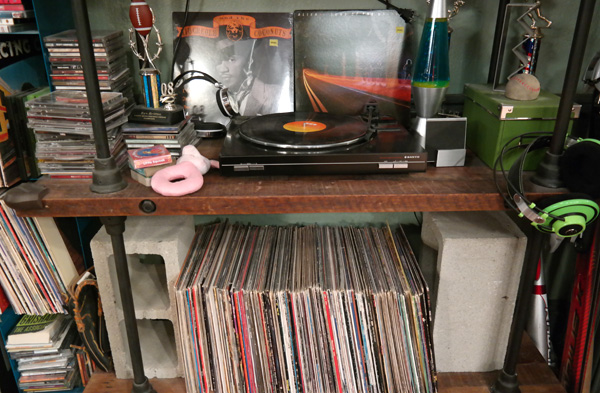 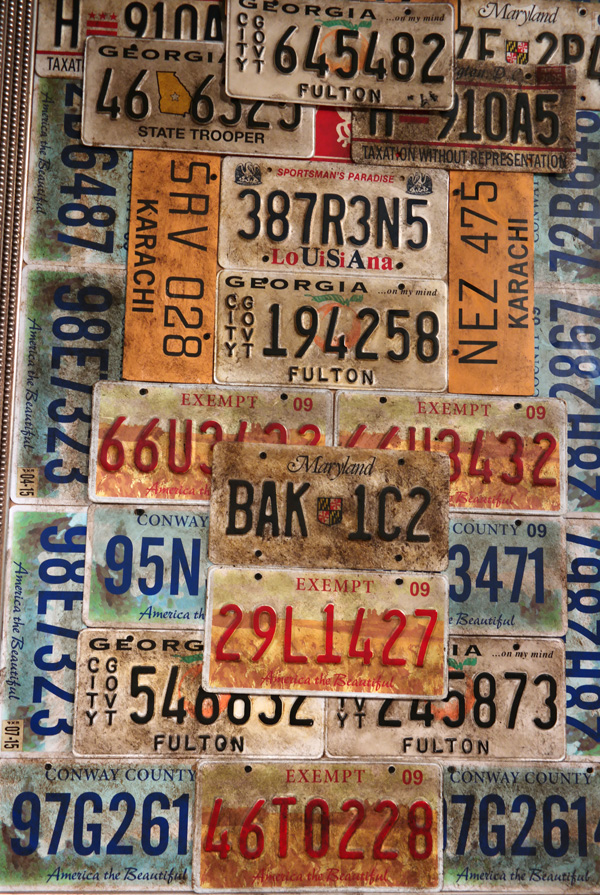 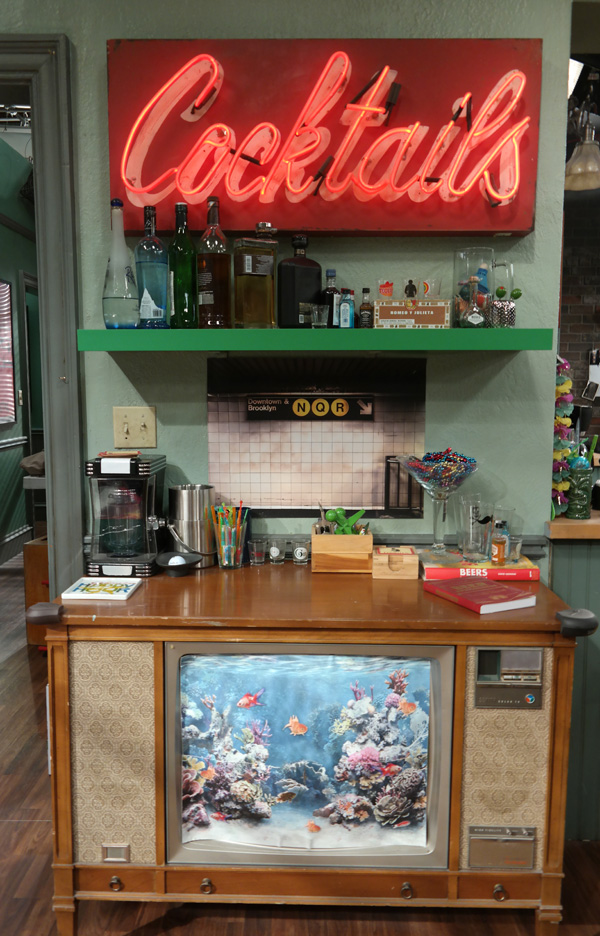 I even noticed a ceramic figure of a Boston Terrier. I gave one of those to my mother-n-law! 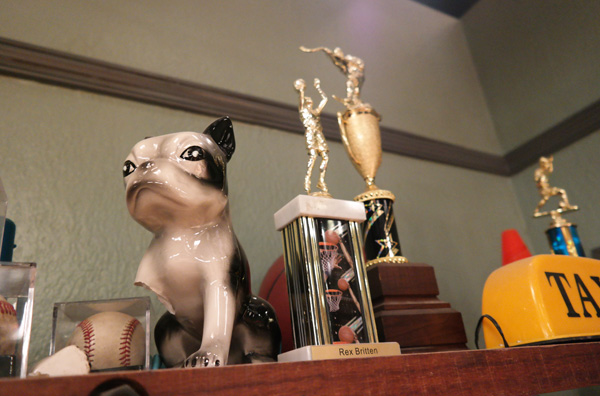 The kitchen was minimal with an island in the center. 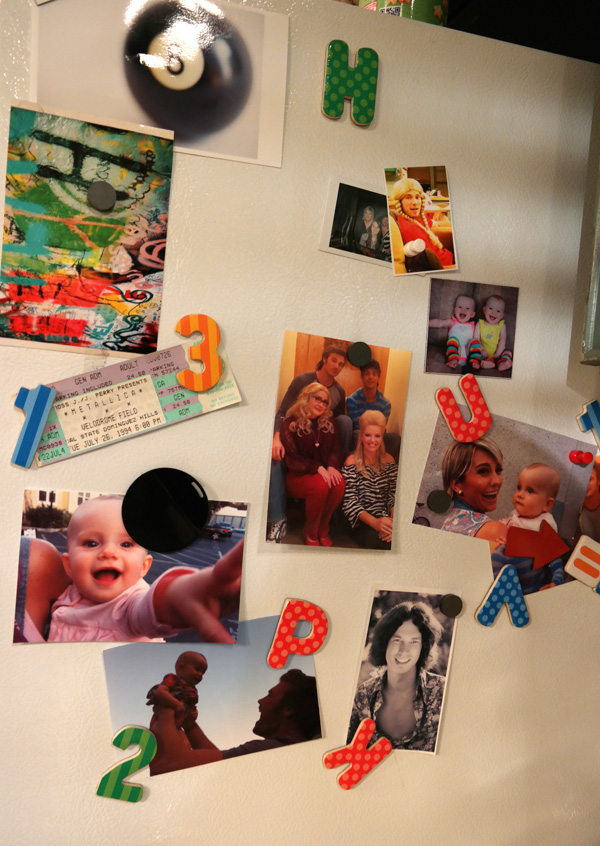 Bet you wanted to see the elevator!

So many of these details can be overlooked when you’re watching a show from your couch. Seeing all of the camera equipment and exploring all the goodies in person is really cool. The Baby Daddy set had a ton personality just like the show! Thanks ABC Family! 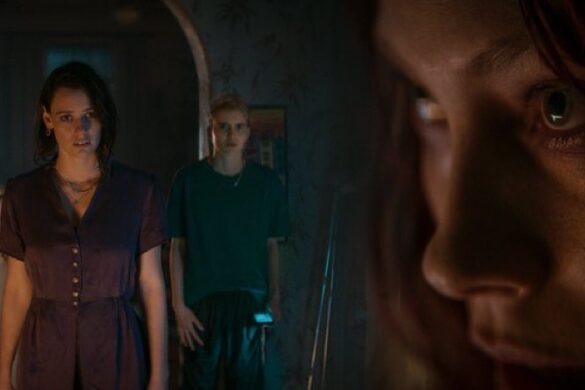