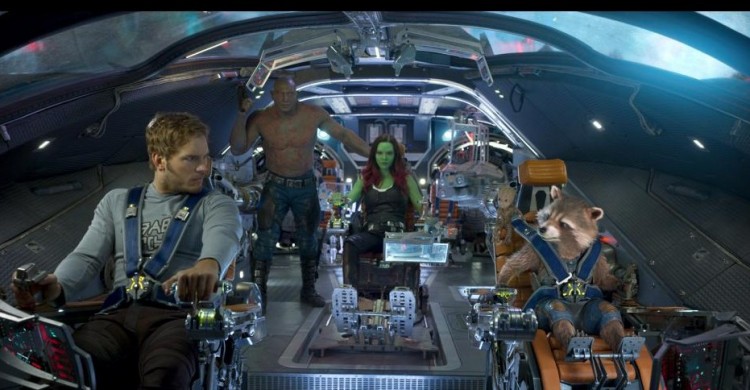 Guardians of the Galaxy is the first Marvel superhero movie that we watched with my daughter. Honestly? She didn’t seem overly interested. But, she heard the soundtrack before seeing the film. It was on constant rotation in our car. She knows every word to every song. Then we received a copy of the GOTG Blu-Ray and she asked if we could watch it on family movie night. That’s all it took! It is one of her favorite movies and she’s watched it at least 6 times! My daughter was absolutely thrilled when she learned about the Guardians sequel. We were lucky enough to attend a screening and see a Guardians double feature this past May the 4th. She’s seen Guardians of the Galaxy Vol 2 twice now. What did my almost-10-year-old think and what did I think of the film?

The film has tons of girl power which is important to us. Young girls should see characters that they can relate to and see that they really can do anything that they want. GOTGVol2 has introduced two new female characters (Mantis and Kismet). My daughter loved all of ladies in the film and felt a connection to each one. She felt that Mantis was really interesting and was intrigued by her empathic abilities. As a young girl, my daughter is still trying to control her emotions so she wishes Mantis was around when she’s stressing over homework. Gamora can do anything the boys can do. She’s strong, brave and has everyone’s back. My daughter is a loyal friend and could see herself in Gamora. Nebula just really wants a sister and is misunderstood. My daughter can definitely relate to wanting a sibling BUT my daughter has a wonderful relationship with her dad. Thenos could take some parenting lessons from my husband. Kismet strives for perfection and doesn’t take anyone’s BS and can be a hypersensitive. We also see her fail and make mistakes but only to come back with a solution (whatever that may be). Each woman has something unique and beautiful to offer the film. 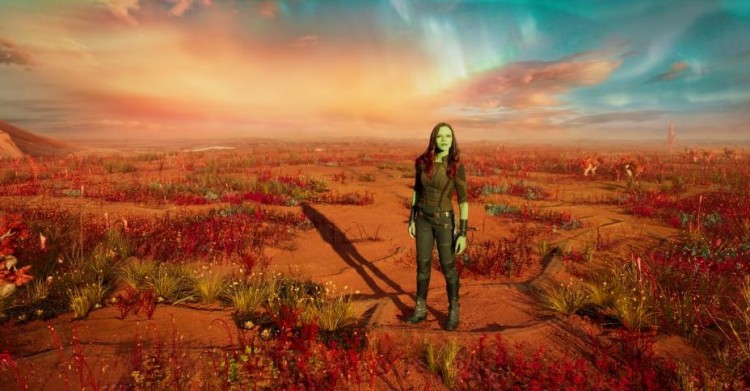 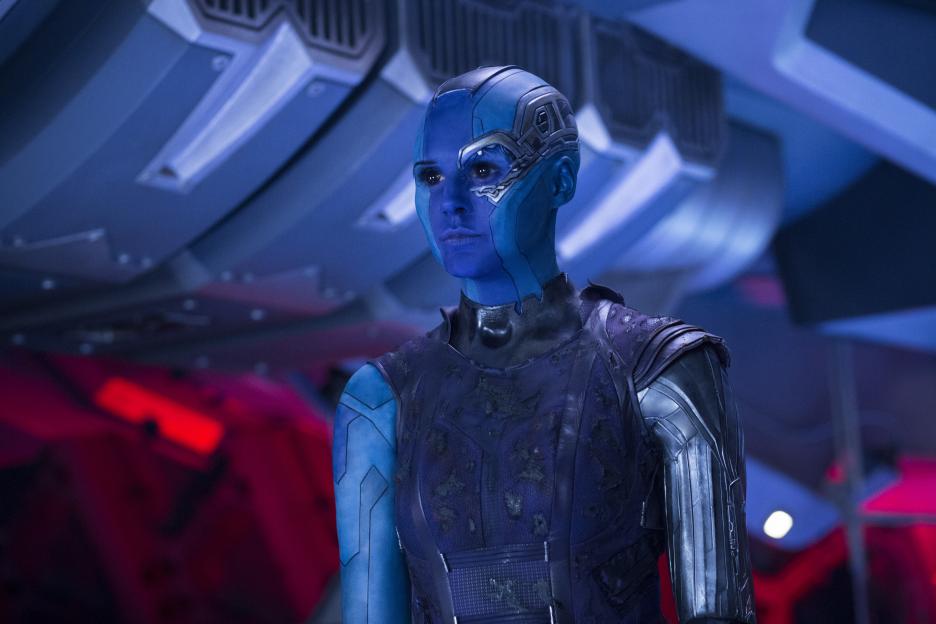 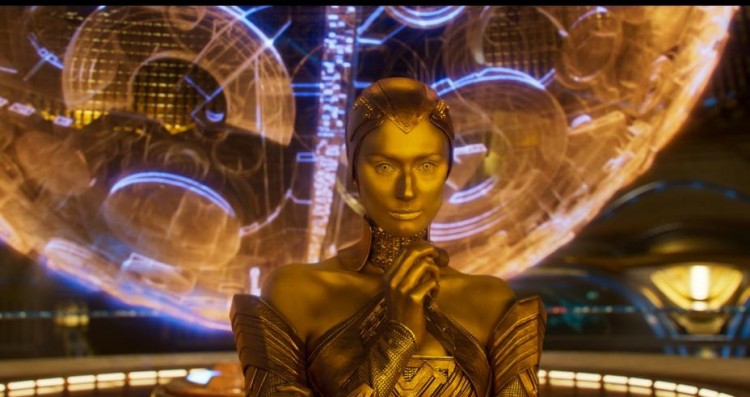 Back to Manti, I was concerned about Drax’s language towards Mantis. He talks about her appearance and calls her ugly and disgusting which honestly was uncomfortable to watch. But, Drax and Mantis are both socially awkward. He seems like a man-boy. You know the young boys at school who tease/are mean to girls when in actuality they have a crush on them? That’s what I think is going on here. We are seeing more of a playful side of Drax and he does enjoy a practical joke. I don’t like that Mantis is the brunt of that joke but I’m interested to see if Mantis and Drax’s relationship goes to another level in the next film. There has to be a reason for his demeanor. 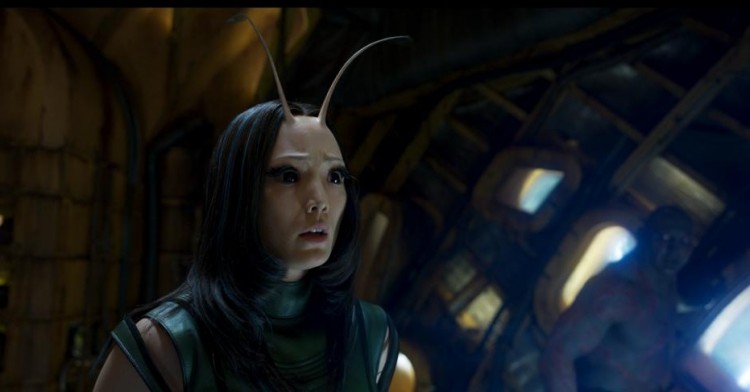 Baby Groot is definitely a highlight of the film. He has been growing up since the end of the first GOTG. His cuteness even melts the hearts of The Ravagers. But even as an adorable baby, he’s fierce and his courage helps save the day! 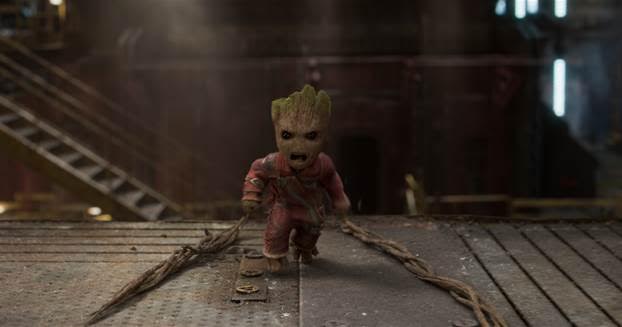 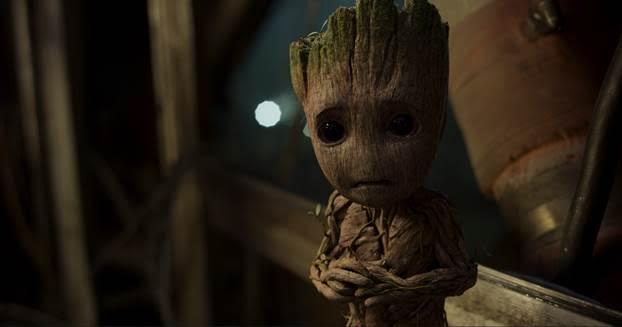 If you put aside all the amazing women, cuteness and awesome effects, my daughter’s favorite character in the film is Yondu. She digs the way he looks, he has an awesome whistle and he has the deadliest weapon around. A guided arrow! He winds up being an unlikely hero and we find out way he didn’t deliver Peter to his dad. My daughter has only gotten emotional for two movies, Pixar’s UP (you have no soul if you didn’t cry) and this one. She loved his story and we’re already talking about a possible Halloween costume for her. See, girls can be whomever they want! And her favorite line from the film is one from Yondu… 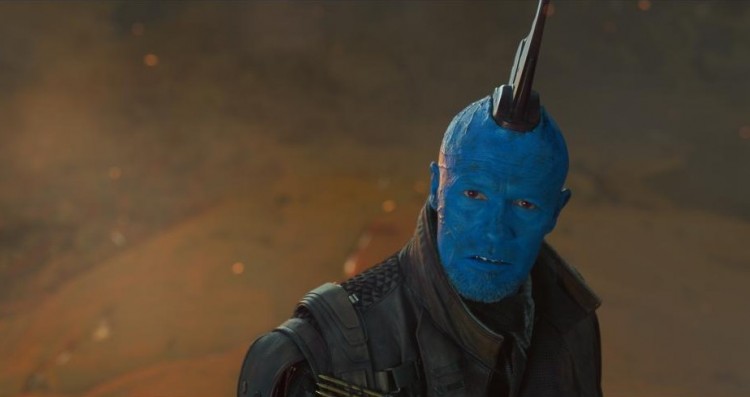 Guardians of the Galaxy is a fun superhero film with silly moments, emotional and scary scenes plus fabulous action. Guardians are a group of misfits, who are still learning about each other and about themselves. They learn quickly that family doesn’t always mean bloodlines and we learn more about each character.  For families with younger children there are some curse words as well as expected superhero violence (no blood or gore but lots of “killing”).

I loved that so many of our questions from the first film were answered (No spoilers here) in this one and now we have new questions! I feel that the soundtrack isn’t as kick ass as the first movie but the new songs made sense and fit into this storyline. I do wish they were able to fit in another David Bowie song. We are definitely adding the new soundtrack to our collection.

Make sure to stay to the very end of the movie because there are a ton of Easter eggs which will get you excited for the next installment of Guardians of the Galaxy, because they will be back!