It’s that time of the week again where Marvel fans gather around the early morning hours of Friday to watch the latest episode of the superhero sitcom “WandaVision.” Based on what we’ve seen, Wanda (Elizabeth Olsen) uses her power to create an illusion in order to overcome the grief of losing her loved ones – who either were resurrected like Vision (Paul Bettany) or recast like Pietro (Evan Peters) -, but it is still unclear who really is in control of it all. 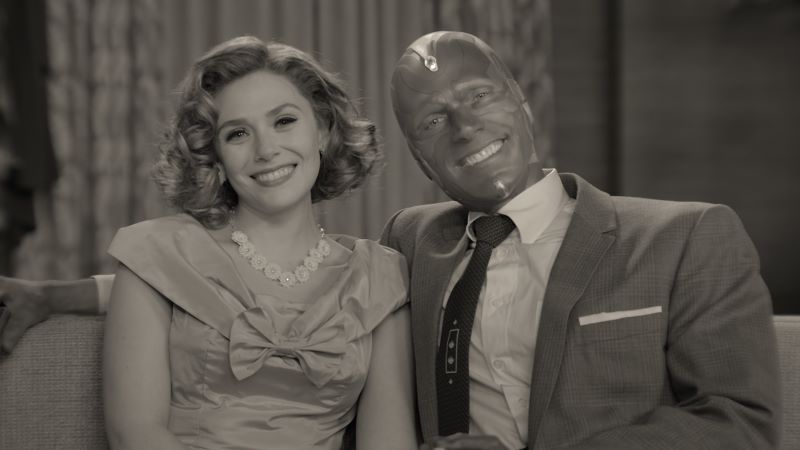 And while that mystery will unravel soon, a new featurette is teasing what’s to come in the final episodes of the series that is obviously based on the House of M storyarc.

But as Wanda said before, “We just don’t know what to expect.” As the series goes through new decades, there are more surprises with each new episode, with the last one being the biggest of them all. And as we get closer, we move away from the sitcom universe to see how Monica Rambeau (Teyonah Parris), Jimmy Woo (Randall Park), Darcy Lewis (Kat Dennings), and the rest of SWORD are dealing with the situation from the outside. Most might say, things aren’t going well for SWORD, and the only way that they can make a breakthrough is if Monica, Jimmy, and Darcy do it.

“I just can’t believe just keeps unravelling and unfolding in ways that I am still shocked and thrilled by,” Kathryn Hahn, who plays Anges, said.

Director Matt Shankman says the production everyday is high-tech Marvel with helicopters, and then it moves to a “perfect recreation of a 50s sitcom.” And on some days it is both.

“I think it’s going to be really satisfying for people what is at the heart of this show,” Bettany said.

There are a few interesting shots of what we have or have not seen before. But one that is of particular interest is a quick shot of the Mind Stone bursting into pieces. Remember, the Mind Stone is what gave Vision life. So does that mean Wanda will have to go through the same traumatic experience again? We’ll just have to wait and see.

‘Marvel Studios’ “WandaVision” is a blend of classic television and the Marvel Cinematic Universe in which Wanda Maximoff and Vision—two super-powered beings living idealized suburban lives—begin to suspect that everything is not as it seems.’

A new episode of “WandaVision” debuts every Friday on Disney+.