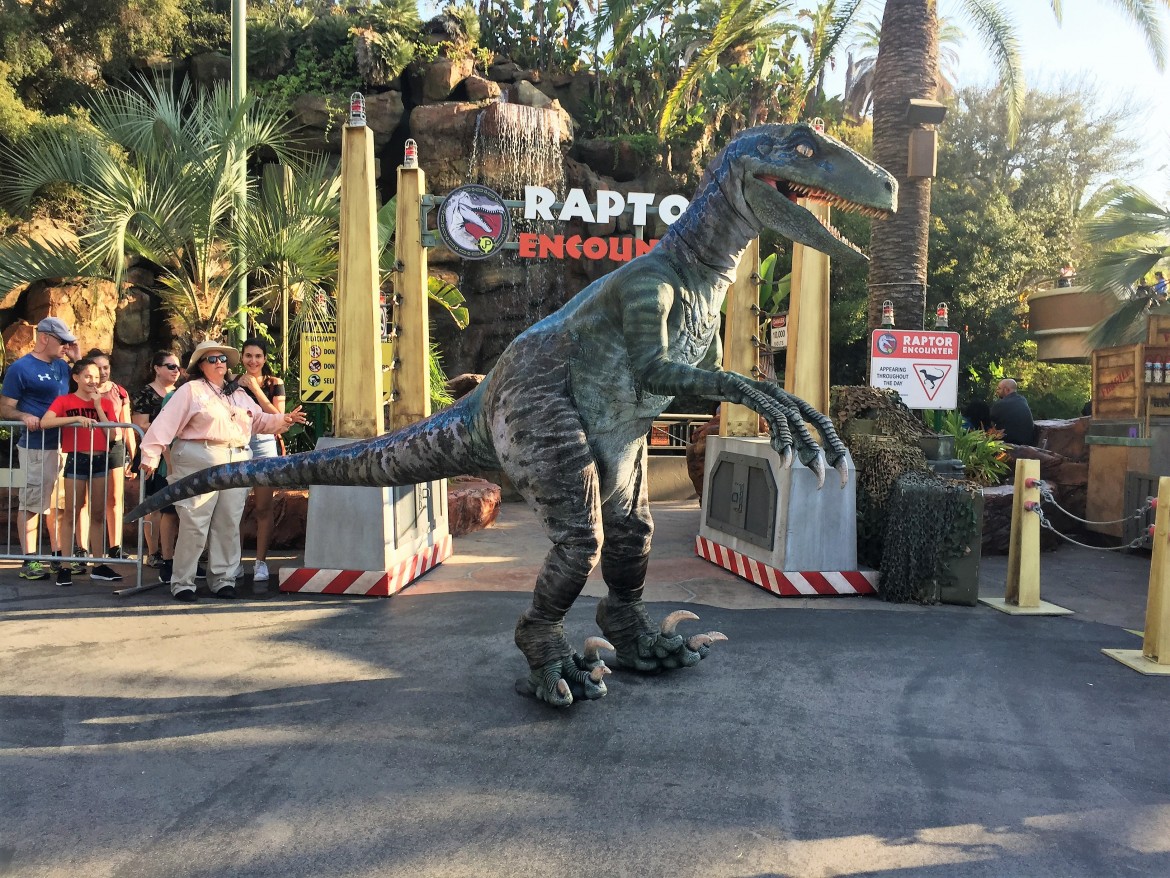 Our visit was hosted for editorial purposes. Opinions are our own.

A tremendous change is happening in the Lower Lot at Universal Studios Hollywood. After 22 years, Jurassic Park – The Ride will close down its doors! The park announced their “Countdown to the Extinction of Jurassic Park—The Ride” campaign to celebrate the ride which will close on September 3. But don’t worry, dinosaurs will still roam in the park. This attraction will be replaced with a high tech adventure called “Jurassic World Ride” which opens next year. 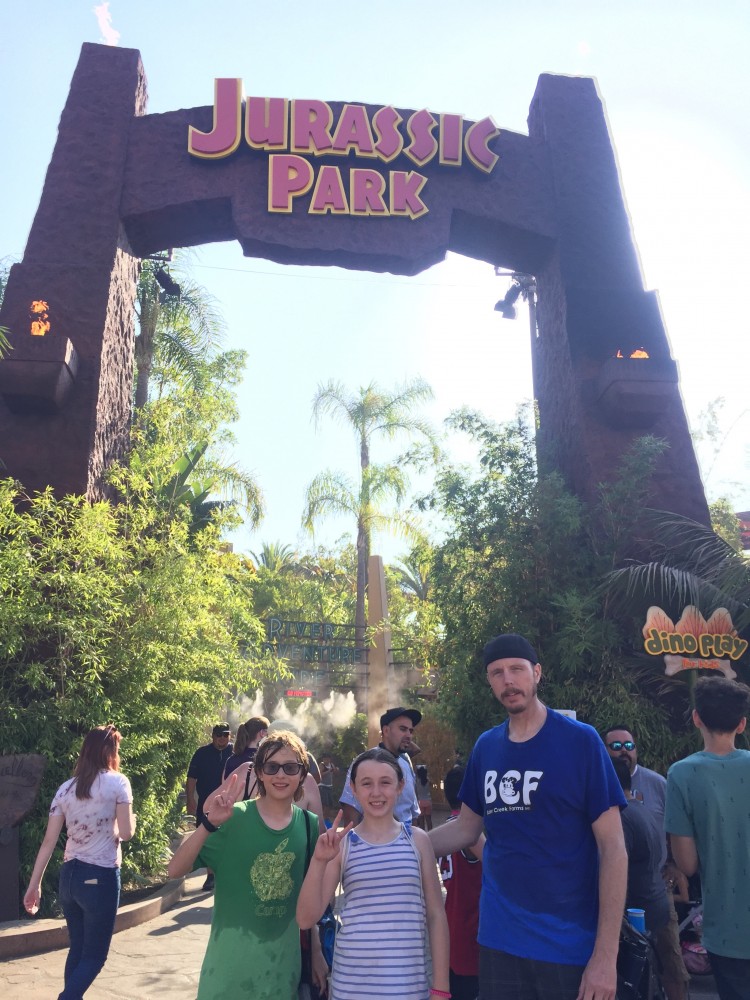 We strategically planned our ride for mid-afternoon since it was a hot California day. Since it is a water attraction, the Jurassic Park ride is one of the best ways to cool down at the park. I have to admit the ride is a little too thrilling for me. I’ve been on it before and I still remember the massive T-rex screeching at me before the 85 foot-drop down a waterfall. Did you know that in 1996 that this was the biggest water ride drop at the time? Here’s a recap of the ride:

You get on board a giant raft with fellow park goers and float along towards the iconic Jurassic Park gates. As the doors swing open you hear the classic quote (as said by Richard Attenborough) “Welcome to Jurassic Park!” The tour goes along as if you were a visitor to this amazing place. There are animatronic dinosaurs of all kinds along the way. You can easily see how worn-out most of this 20+ year exhibit is, although it’s still fun to get a sense of how big dinosaurs are and how they may have behaved in the “wild”. After a short tour through the vast jungle, the ride goes horribly wrong! Velociraptors have escaped and are wreaking havoc on the park! Are we going to escape with our lives? Enter the T-Rex and a suspenseful drop with a big splash and your ride is complete! 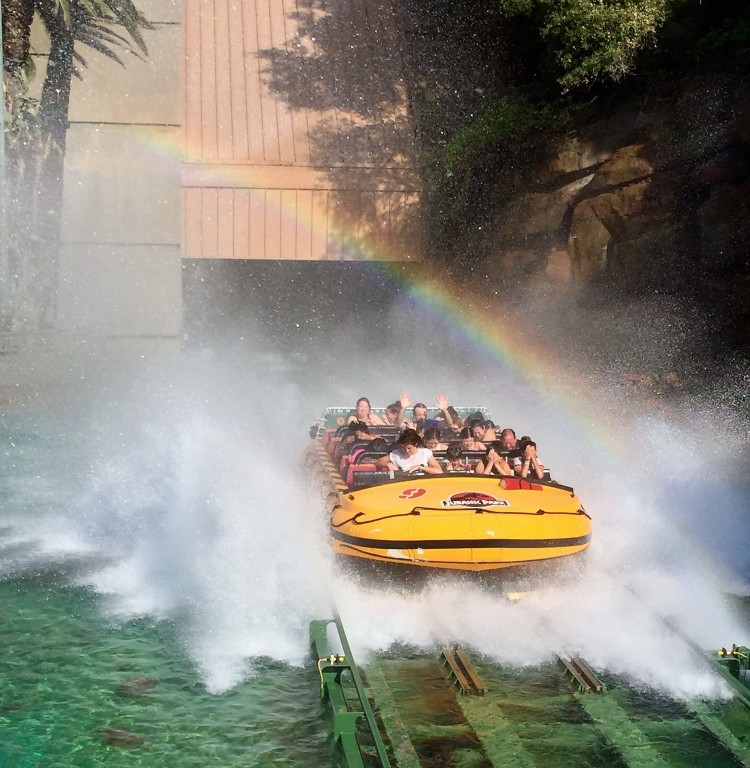 As my family splashed down, there was a rainbow over the raft! It felt like a happy way to say goodbye to Jurassic Park – the Ride. Also, make your way over the Raptor Encounter to meet Blue face to face. Blue is from the Jurassic Park – Fallen Kingdom series. It’s awesome to see the faces of little ones when they see and HEAR Blue. He looks so realistic and he’s fun to take photos with. If he lets you… 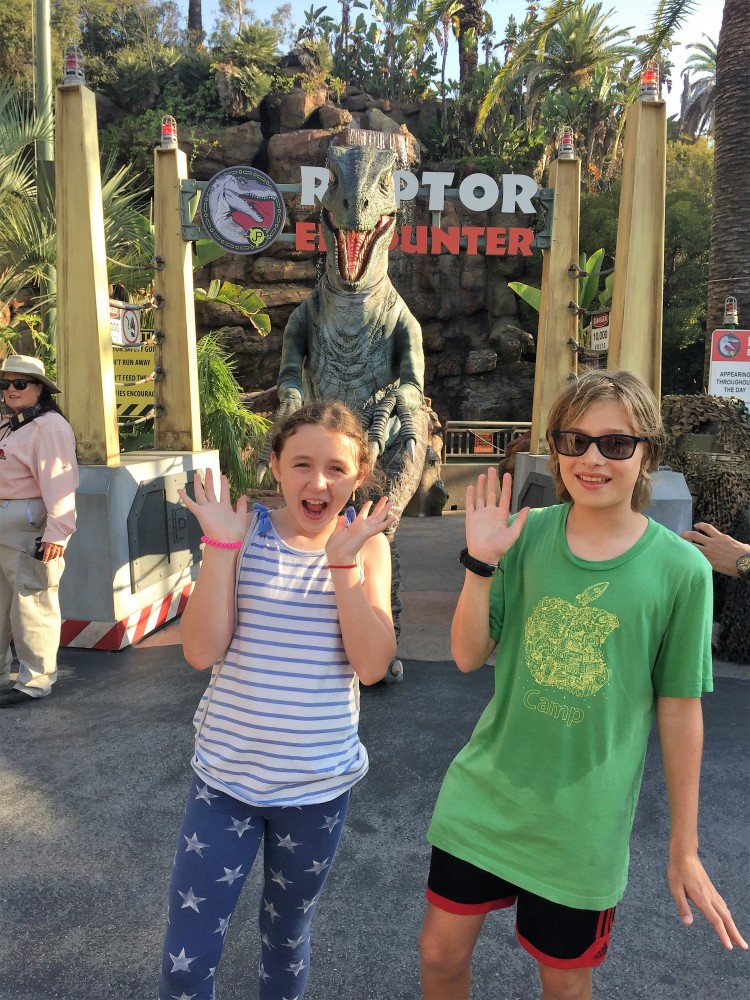