Top Posts
LUCK Has Plenty of Heart and Likable Characters
Jenny Slate Talks “Marcel The Shell With Shoes...
TRON Night On The Grid Panel At The...
Bullet Train: No Holds Bar Funny Action-Filled Bloodbath
Go on a “Journey Into Storytelling” at The...
Home entertainment Ticket to Paradise A George Clooney and Julia Roberts Rom-Com Reunion
entertainmentNew

Universal Pictures has released the first trailer to the George Clooney and Julia Roberts romantic comedy “Ticket to Paradise.” Directed by Ol Parker (“Mamma Mia! Here We Go Again”), from his script with Daniel Pipski, the film centers on two divorced parents (Clooney and Roberts) begrudgingly reuniting for their daughter’s (Kaitlyn Dever) destination wedding in Bali. But in their efforts to stop their daughter from making what they believe is the biggest mistake of her life, they come to find out that there’s still a spark or at least a chance to finally reconcile.

The cheesy irony of the “Ticket to Paradise” title is that it sees two bitter divorcees forced embark on a trip to paradise for their daughter’s happiest day. And as you can imagine, it is anything but. As soon as the trailer starts, Clooney and Roberts’ characters are already at each other’s throats, with one first class passenger acting as the DMZ. But they come to find out that they share a common sentiment that they want to stop their daughter from making the same mistake they believe they made 25 years ago.

So they hatch a classic rom-com scheme to stop the nuptuals from happening. But for that to happen, they have to abide by their daughter’s wishes and not kill each other. So, they agree to a truce. And soon we see what that truce and their plan entails. Of course, the trailer teases much of the razor sharp jabs and physical comedy, which includes beer pong, embarrassing dancing, swimming with dolphins that bite, and stealing the wedding rings.

As aforementioned, “Ticket to Paradise” reunites Clooney and Roberts for the first time since “Ocean’s 11” trilogy. It also marks Roberts’ return to the rom-com genre.

Ticket to Paradise is filmed on location in Queensland, Australia, aided by incentives from the Australian federal government and from Screen Queensland’s Production Attraction Strategy.

Universal Pictures has scheduled “Ticket to Paradise” for a October 21, 2022, release.

Here’s the official plot synopsis for “Ticket to Paradise:”

Academy Award® winners George Clooney and Julia Roberts reunite on the big screen as exes who find themselves on a shared mission to stop their lovestruck daughter from making the same mistake they once made. From Working Title, Smokehouse Pictures and Red Om Films, Ticket to Paradise is a romantic comedy about the sweet surprise of second chances. 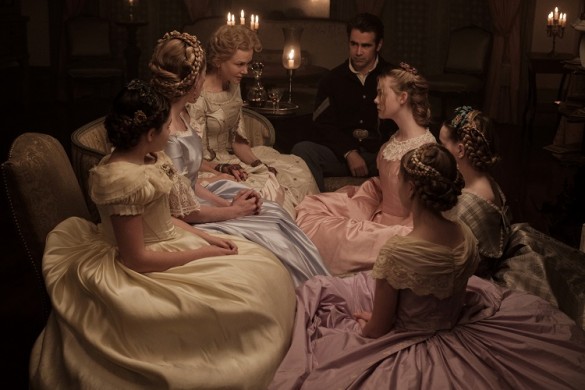