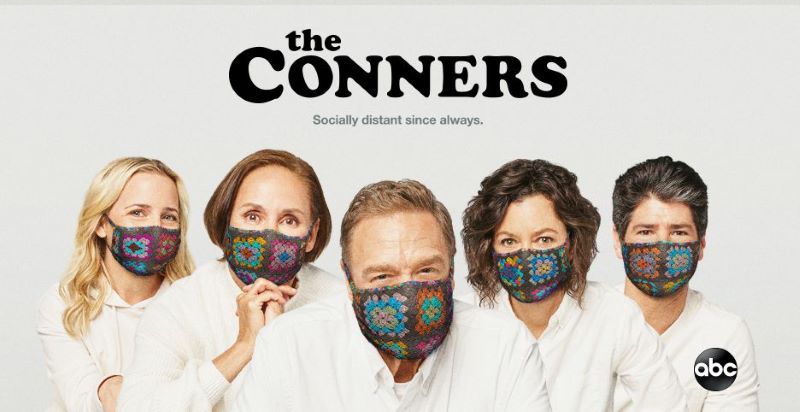 “The Connors” may be a sitcom, but it resonates with audiences because it is a show that is based on the premise of the have and have nots. It is a gap that continues to grow wider and wider by the day, making tonight’s episode that much more significant as it addresses the same economic disparity that affects many of us today.

ThatsItLA had a chance to talk to “The Connor’s” stars Sara Gilbert and Ames McNamara about the subject matter in tonight’s episode where a distressed Mark is exhausted from studying for an important entrance exam until Darlene steps in to help. However, her plan backfires. Both Sara and Ames have dealt with these issues firsthand in their personal lives as well.  So while the show depicts life’s new reality of online school fatigue, it doesn’t stray away from the fact that there are families who are less fortunate to have a fast Internet connection.

“It shines a light on the inequities in our country. I think we’ve all seen how people with less means already were struggling, but it put a spotlight on that and it furthered those struggles, so it almost widened the divide between people who have more and people who have less,” McNamara said. “So they didn’t always have tablets or computers, or Wi-Fi access, and so kids would be falling further behind. And so what I really like is that this episode talks about how unfair that is, and that it’s really not a level playing field, and how much stress that causes a parent who just wants the best for their kid.”

Though “The Connors” may be a sitcom about a fictional family, it represents the harsh realities of the gap between those in poverty and wealthy people, with a comedic touch. They can also address that economic disparity that afflicts many because of the writers they have on staff.

“Well, I think our writers are really excellent. They mostly come from- pretty much all come from working-class backgrounds,” Gilbert said. “We have Dave Caplan on our staff. He has a Ph.D. in psychology, and when, when they don’t know a thing, they end up doing a lot of research, and I think it help us to stay informed and make sure that we’re tackling things properly.”

By confronting this gap, “The Connors” is able to connect to its audiences on a deeper level. Understandably it doesn’t solve it within a 22-minute runtime, but it lets its viewers know that on-screen families have their financial struggles as well, and it takes a lot more than just hard work to make it up the ladder.

“I think it’s important to show because I think the only way we can change things is to first have some awareness around it, and see the problem, be in touch with the problem and then, hopefully, be able to take some action,” Gilbert said. “It is really unfortunate and something that I love about our show that we get to address the fact that this is obviously a fictional group that represents a lot of people who are very kind, smart, intelligent, funny, good people that cannot break the cycle of poverty, and cannot break through the levels of how unfair things can be in this country.”

“It’s not like these, these inequalities did not exist before, but it’s just- it’s widened the gap, in a way, and also it’s brought more attention to it, which I think is a good thing like Sara was saying,” said McNamara.