I was obsessed with dinosaurs as a kid.  I was, many times, grounded for digging up my mom’s beautiful backyard looking for fossils, and using my dad’s toothbrush when I thought I’d found something and needed to gently scrape the dirt off. — A.J. Buckley (Nash)

Pixar’s latest film, The Good Dinosaur shows us what life would be like if a gigantic meteor hadn’t struck Earth 65 million years ago. Dinosaurs, farmers, storm chasers, and rugged, fearless cowboy dinosaurs roamed the Wild West. Protagonist Arlo, separated from his family, begins a life-changing journey with his pet cave boy, Spot, by his side.

One of my favorite animated scenes is when Arlo meets Butch (Sam Elliott), Ramsey (Anna Paquin) and Nash (A.J. Buckley) a trio of Tyrannosauruses. Meeting the T-Rexes is a turning point in the story for Arlo when he learns that it’s okay to be scared. This is an emotion Arlo has experienced all of his life. The group is sitting around a campfire and sharing “scar stories” as Butch shares his story. Arlo is impressed and declares, “I’m done being scared!” Butch growls in return (by the way, Sam Elliott has the best voice ever!), “if you ain’t scared, you ain’t alive.” Now that’s a quote to live by.

I spoke to the three T-Rexes in person! All three were genuinely honored and thrilled to be in a Pixar film and it was a high point in my career to sit with this accomplished trio!

Here are some fun quotes from the actors as they shared what their life moment behind the scenes!

Sam Elliott, how did it feel to be the voice of a T-Rex?

Pretty cool.  I mean, it doesn’t get any better than that, in terms of the animation world. – Sam Elliott

The dinosaurs in this film are different than past on-screen dinosaur characters. Talk about how you hope people perceive will them. For us in the audience it flipped our perception of dinosaurs on its head, and surprised us.

They’re… I’m not even sure how to put it, They’re not typical of any T-Rex that’s ever been represented on film or in animation that I’m privy to.  I think that’s part of the charm of this thing.  Certainly all of the overriding themes that are involved, and whether it’s the T-Rexes or the kid on his journey, this is about real life. – Sam Elliott 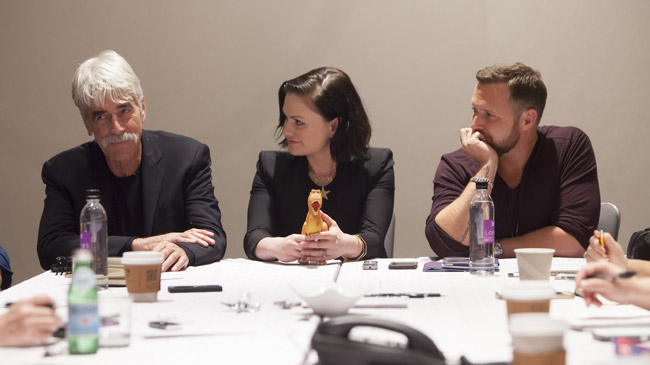 The sibling rivalry was so relatable and genuine.  Did you get much rehearsal time together or was it just natural?

It’s the first time we’ve met here.  That’s the crazy part, is like, none of us actually worked together until this morning, it was the first time we’d met.  So, I was the last person cast.  I didn’t hear their voices in the scene.  Just heard sort of where — you know, a scene here and a scene there, and it wasn’t mixed yet, but, yeah.  – A.J. Buckley

Are your kids excited that you are portraying a dinosaur in an epic Pixar movie?

I won’t know till the movie comes out, ’cause then the real cool points will start racking up.  I mean, aside from the fact that I’d always loved Pixar, and had been sort of trying to figure out how to get ’em to want to hire me, and then it kind of just happened, and I was like, “That’s really cool and awesome, and sort of spooky.” Yeah. It definitely gives me good street cred as a mom, you know? Just like, “My mom’s a T-Rex.  What’s your mom’s superpower?” – Anna Paquin

Disney-Pixar films are traditionally fun movies with real emotional triggers.  Do you remember the first animated film that captured your heart?

Fantasia.  That was the first one for me. Everything about it.  The animation probably more than anything else. But the incredible characters.  And this, you know — I don’t even remember how old I was, the first time I saw Fantasia, but I still revisit it, you know.

Maybe the innocence of all of it, and at the same time it was — it had some really dark elements, you know? Seemed real, on some levels, as fantastical as it might’ve been, real in terms of what it represented to me. – Sam Elliott

What was it like working with the director, Peter?

The thing that I think is a compliment is that everybody that we’ve met today has been really affected by this film, and obviously it’s not just Peter that has done all of the work, but he’s sort of the captain of the team, and has really sort of set the tone. He’s a really genuine guy who really cares about the work, and to get to — it’s rare to find people like that in this business, and in this world.  So it’s — he’s a special guy. – A. J. Buckley

When you first get that phone call that Pixar wants you, how does it feel? Did they pitch you with particular character qualities?

Well, I’d already said yes before they actually told me what I was about.  And, I want to say that they seemed ever so slightly nervous that I might be offended that they wanted me to be this like, big, bad-ass T-Rex, that I was like so bracing myself to be like, that’s really wimpy, ’cause I’m a girl.  And I’m like, “That’s fantastic,” and they’re like, “Really?”  And I’m like, “Yeah, that’s awesome!  I get to be, you know, one of the dudes.” Except a girl.  Even cooler. – Anna Paquinn

Was there any opportunity for T-Rex research to prepare for the role?

Well.  My kids have this really cool series of books called How Does a Dinosaur Clean Up His Room and How Does a Dinosaur Say Good Night.  I don’t know if any your guys have kids or have seen this, that’s basically like, using dinosaurs to teach important childhood lessons and life skills and morals.  And so there’s quite a lot of in our household at the moment, and sort of had them for awhile. – Anna  Paquin

Our kids love all things dinosaur. Did you like dinosaurs when you were growing up?

I was obsessed with dinosaurs as a kid.  I was, many times, grounded for digging up my mom’s beautiful backyard looking for fossils, and using my dad’s toothbrush when I thought I’d found something and needed to gently scrape the dirt off.  So, I mean, I was a big fan of dinosaurs, back in the day.  Not that I know all of the facts, but I just geeked out, you know.  I was ready. I waited, I worked my whole life, for this moment, to be a [LAUGHS] dinosaur. – A. J. Buckley

Your characters provided much of the film’s comic relief.  Is it hard to be funny when you are recording your part for the film solo in a sound booth?

The Good Dinosaur is rated PG and is in theaters on Thanksgiving! 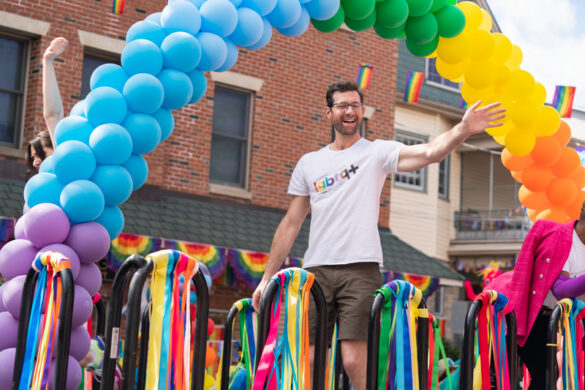 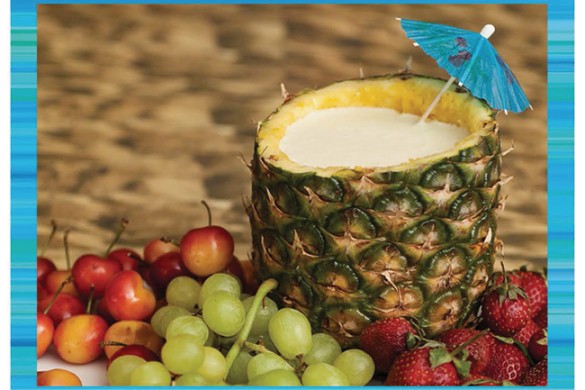