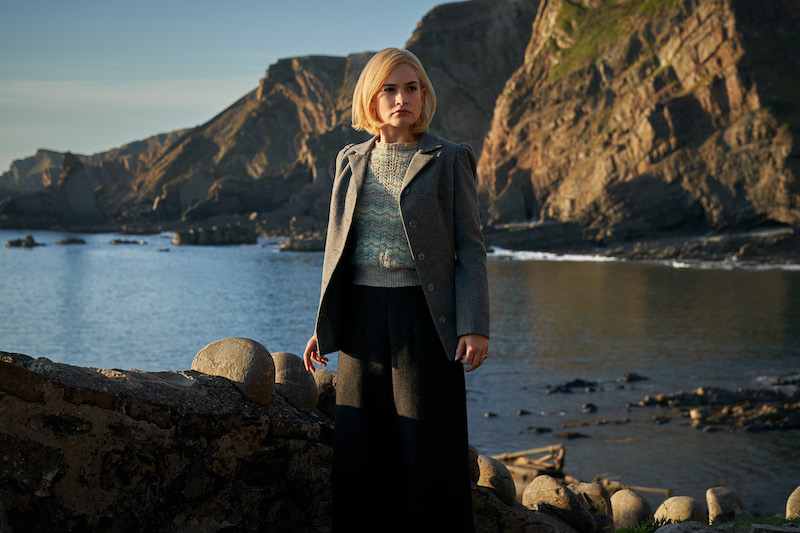 Based on the 1938 Dame Daphne du Maurie novel, Ben Wheatly’s ‘Rebecca’ has all of the glitz and charms of a ravishing noir romance thriller but lacks the gripping tone and piercing thrills of both the novel and the Alfred Hitchcock adaption. Surpassing or even meeting the same praises for any Hitchcock film will always be a challenge, even if that isn’t the intent. But it is an inevitability that won’t be denied. As such, Wheatly’s contemporary interpretation of ‘Rebecca’ doesn’t distinguish itself from its predecessor and feels more like something that will be overshadowed by Hitchcock’s work.

In the film, an unnamed paid companion (Lily James) travels to the lavish Monte Carlo with her employer. But when she falls ill, the young lady is immediately entranced by the devilishly handsome widower Maxim de Winter (Armie Hammer). The recently widowed man is equally captivated, and the two begin a week-long romance. And when that love is threatened to be broken, Maxim proposes to his newfound love. They eventually wed, and the two travel to the De Winter estate in Manderley.

This home is exquisite. Its interiors are full of luxurious furnishings and expensive clothing, while the exterior brings out the beauty of nature. But as the new lady of the house, James’s character doesn’t measure up to the standards that were established by Maxim’s late wife, Rebecca. As such, she has to put up with all of the comparisons, which creates a sense of inadequacy. It’s impossible to escape Rebecca’s shadow, especially when the stringent head maid Mrs. Danvers (Kristen Scott Thomas) is constantly reminding her through cunning deceit or clear manipulation.

It’s even harder for James’ character to find her place when Mr. De Winter isn’t being honest with her. He gets frantic whenever his new wife asks about Rebecca. Furthermore, she has to get accustomed to his unpredictable mood swings, which can be easily triggered by the slightest memory of Rebecca. And it doesn’t help that Mrs. Danvers says that Rebecca is still here, which suggests that there is a ghost that roams the halls of the De Winter home.

Those vague suggestions that the specter of Rebecca is haunting the home plays up to the erotic psychological thriller aspect of the film. De Winter and the maid and butler staff are obsessed with Rebecca, to a point where it comes off as deeply disturbing. This leaves James’s character out in the cold because she could never measure up to her predecessor. Mrs. De Winter’s attempts to please her husband through his love of costume parties is a grand gesture, but it all falls apart when she unwittingly uses one of Rebecca’s dresses. This only triggers Mr. De Winter’s rage. Of course, this was one of Mrs. Danver’s well-orchestrated plans to drive the new Mrs. De Winter mad. And it continues to use that mystery of is Rebecca’s death to play up to the thriller aspects of the film. But Hammer and James’s character are so one-note, it is hard to be fully engaged with the mystery.

The same cannot be said for Thomas’s Mrs. Danvers, who is consistently cold, but not so much that it is off-putting. She plays plenty of mind games on the new Mrs. De Winter so well that you can see the words get under her skin. Her endgame is ambiguous and she does more than enough to keep people guessing. The trouble is, the film isn’t so much about her as it is about them. Where Hammer’s performance is rote and stiff, and James’s character is confused and constantly flustered, Thomas comes off as wicked and coldly manipulative.

It’s too bad. Hammer and James are great actors. Early on, it’s clear that the two have chemistry. The giddy feelings when James’s character receives a letter from Mr. De Winter. Or when Mr. De Winter flirts with her ever so effortlessly. It just doesn’t work as well when the two are apart from each other. But the script, written by Jane Goldman, Joe Shrapnel, and Anna Waterhouse, feels like it is holding back on both the sensuality and the psycho-erotic thriller.

Wheatley has an incredible body of work when it comes to bringing out the strengths of strong female characters. But in ‘Rebecca,’ everything feels stagnant. Sometimes inconsistent when it comes to the pacing. As James’s character starts to unravel the mystery, it slows down for an inexplicable reason. And by the time Mrs. De Winter reclaims her strength, it is too late because the film has already lost that magnetic appeal established by Hammer and James early on in the first act.

There isn’t much for any of the characters to do. While the themes of inadequacy are there, it is boxed in by a script that refuses to step outside of its predecessor’s shadow. That doesn’t necessarily make it a bad film, but it is an unavoidable comparison to be made. It’s just lost its appeal once the characters step inside the De Winter manor. Ironically, it’s the manor’s appeal that holds a lot of interest. There is no doubt that it would be a manor that would have a lot of skeletons in its closets or plenty of mysteries behind its walls.

But because the script refuses to be something more than a simple contemporary adaptation, we won’t get to see any of that in ‘Rebecca.’ Perhaps beneath those flaws is an exquisite film filled with sexy characters that are involved in a psychoerotic thriller. While parts of it do fall flat, at least we can rest easy knowing that Wheatley made great use of the gothic designs and Scott’s powerful performance.