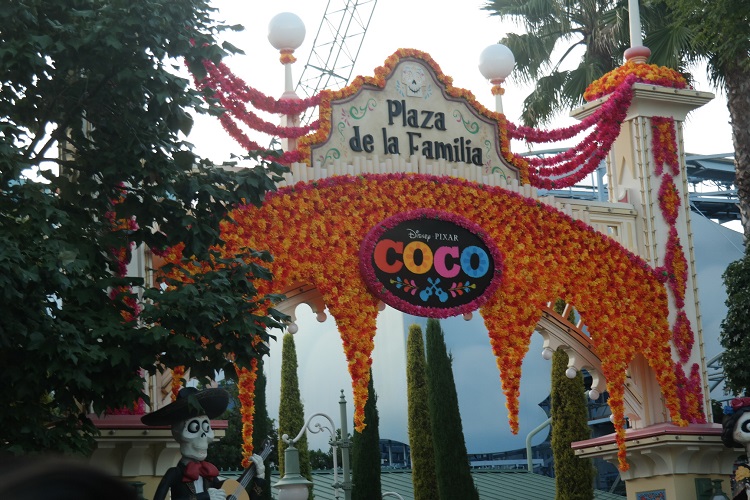 Disney prides itself in being diverse across the board, whether its in their feature films or their amusement parks, or their merchandise and games. Come this November, Disney•Pixar will release Coco, an upcoming animated film that celebrates Dia De Los Muertos (or Day of the Dead when translated into English) and the Mexican culture, and in conjuction with the Coco’s release, guests at Disney California Adventure Park will discover Plaza de la Familia, A Celebration of “Coco” and the Everlasting Bonds of Family. 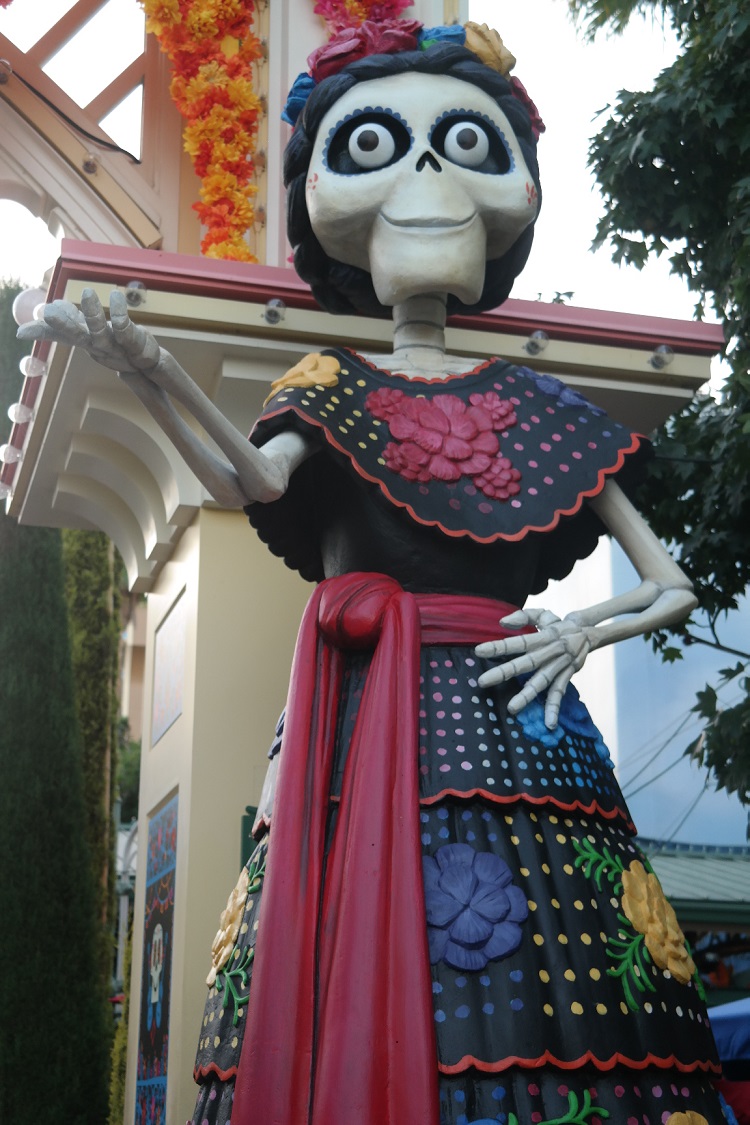 The event will be a fantastic introduction for park attendees who may not be familiar with Dia De Los Muertos. Guests will enjoy an immersive celebration that includes enchanting storytelling, live entertainment with folklórico dancers and mariachi musicians, as well as interactive experiences and a delicious new menu of Mexican dishes. Plaza de la Familia festivities are inspired by the tradition of Día de los Muertos, which celebrates loved ones who have passed and also honors familial bonds that last forever. 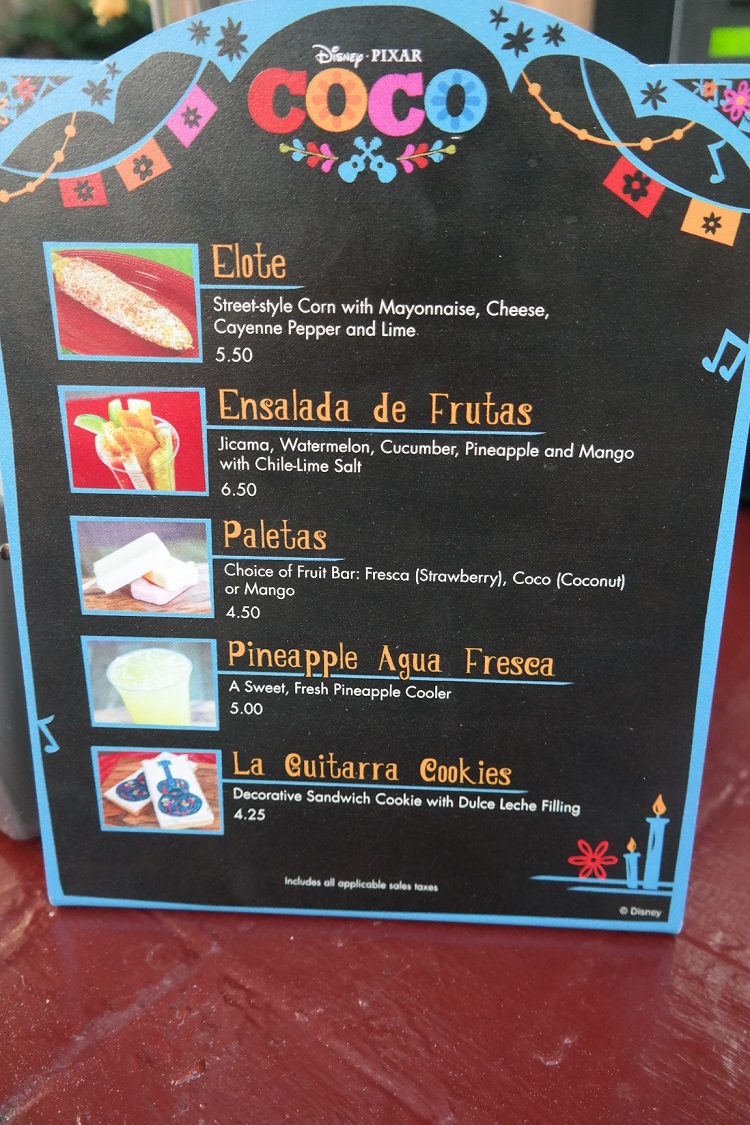 A Musical Celebration of Coco is festive show, featuring dance and musical performances by the entertaining Storytellers of Plaza de la Familia, introduces guests to the story of “Coco.”  The musical gathering features a charming storyteller and a lively troupe of singers and folklórico dancers dressed in beautiful costumes accompanied by the Grammy® Award-winning Mariachi Divas. A Musical Celebration of Coco is scheduled five times daily. 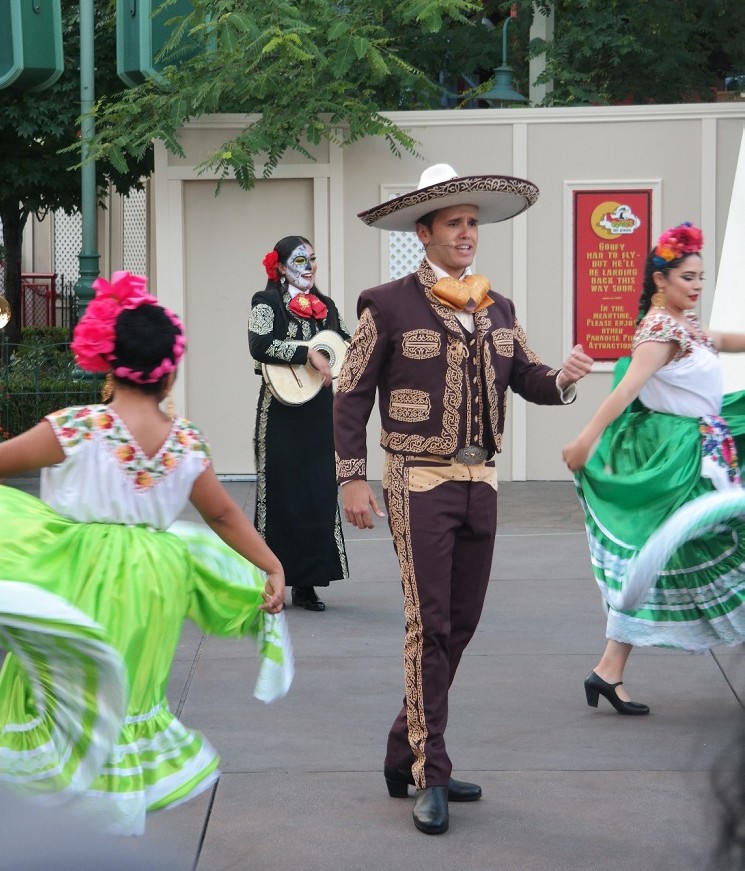 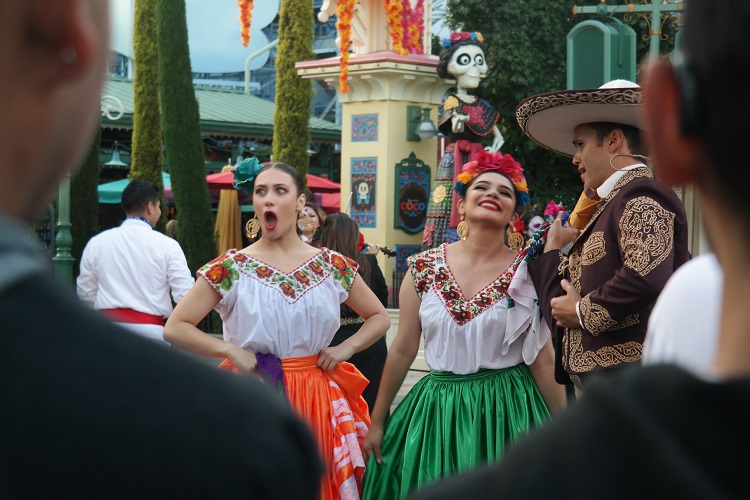 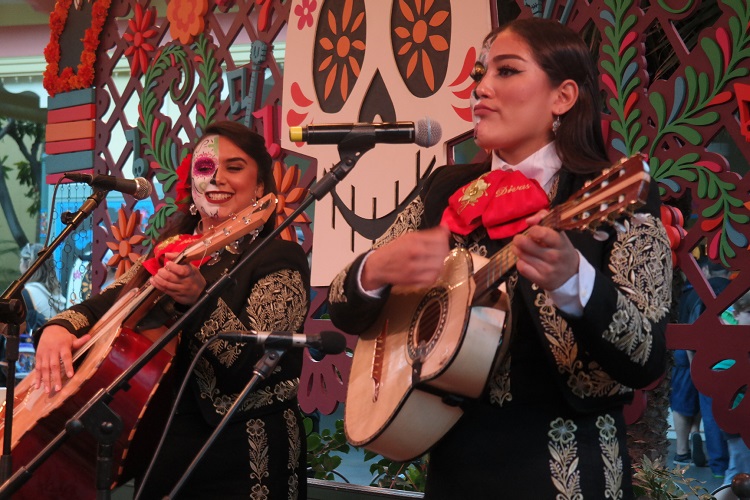 Guests can also visit The World of Coco where they will visit the characters and locations of the film. The immersive exhibition features framed animation images that reveal the Land of the Living and Land of the Dead. Guests also will encounter a three-dimensional “ofrenda” inspired by the remembrance altar seen in “Coco.” In the film, Miguel, the 12-year-old lead character, builds an “ofrenda” in honor of his idol, the legendary late musician Ernesto de la Cruz. “Ofrendas” traditionally are created by friends and family members to honor relatives or loved ones who have passed away. 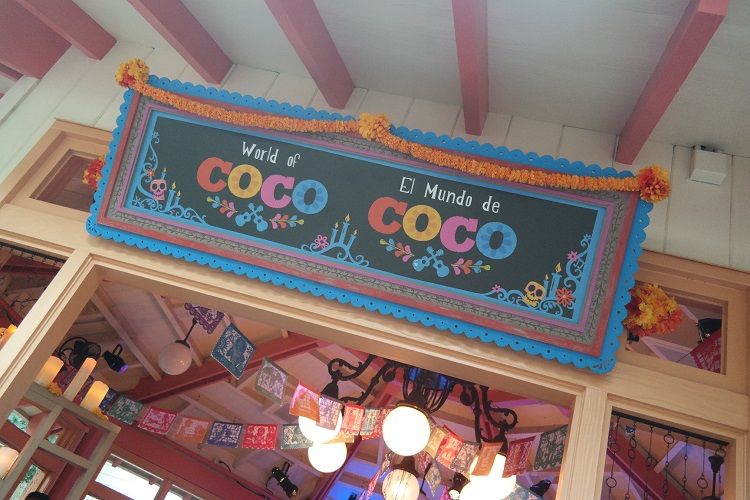 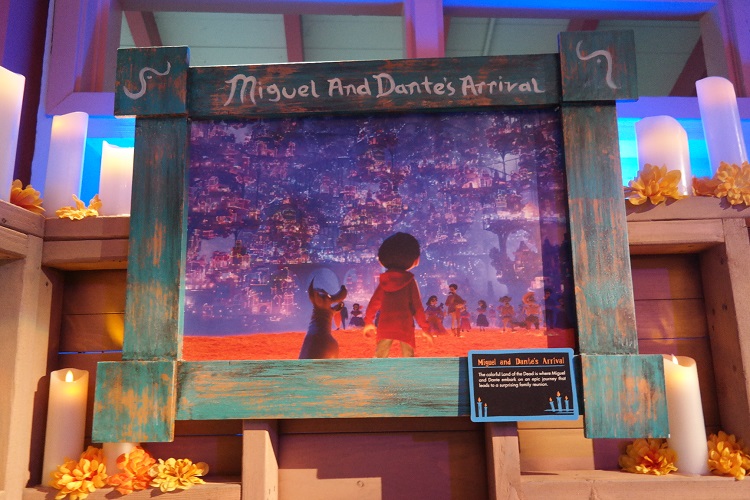 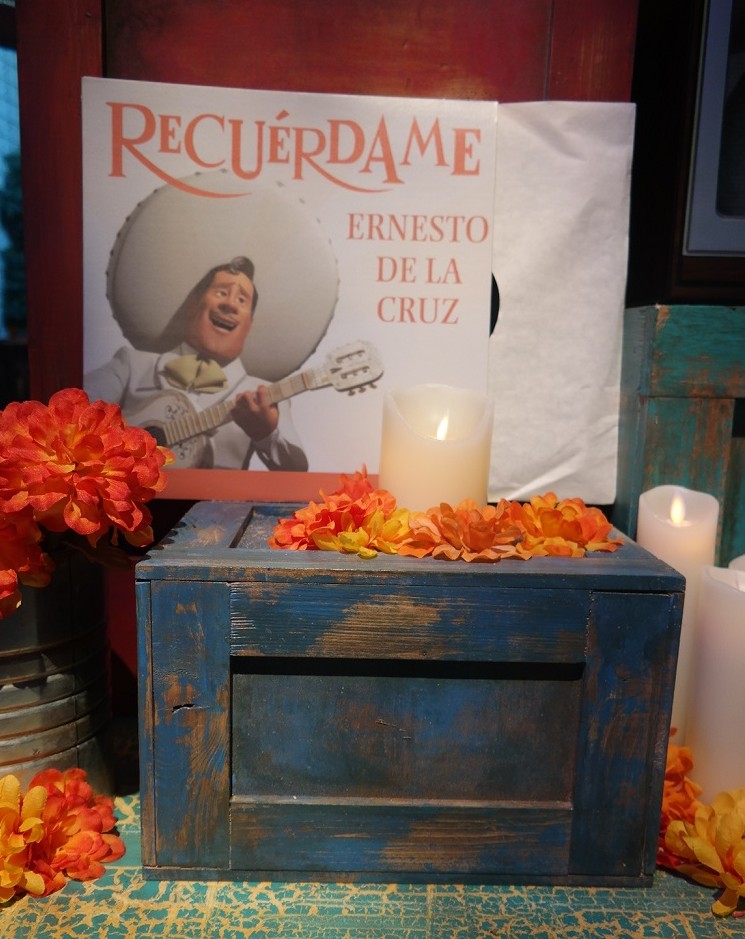 There are also fun activities where guest can take photo ops in front of the Mexican Tree of Life, or “Árbol de la Vida.” The Tree of Life at Plaza de la Familia celebrates the everlasting bonds of family and friends. They will also be able to honor the memories of the family members they lost. 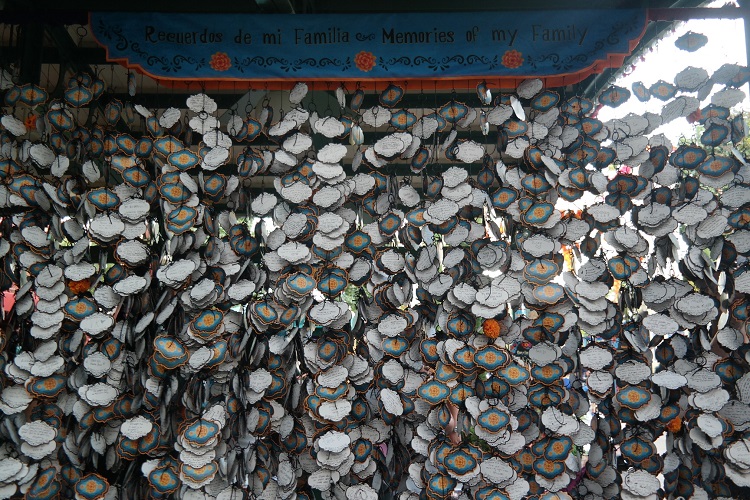 The entire event runs from September 15 to November 2. 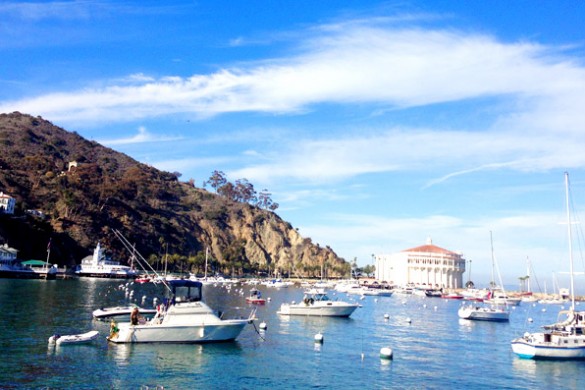 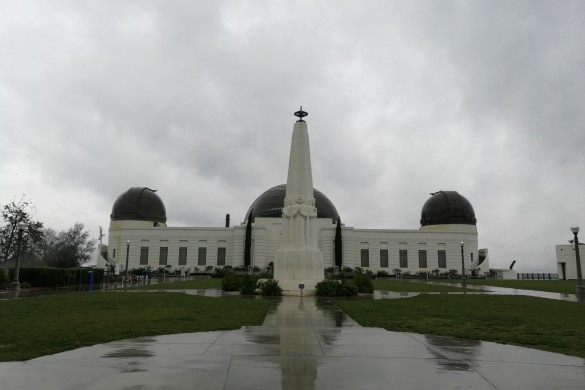