Do you like ornaments?
How about Disney Ear Hat Ornaments?
If you like or collect those ornaments, then hold on to your ear hats!
The Disney Park Pack – Holiday Edition Subscription Box is made for you. 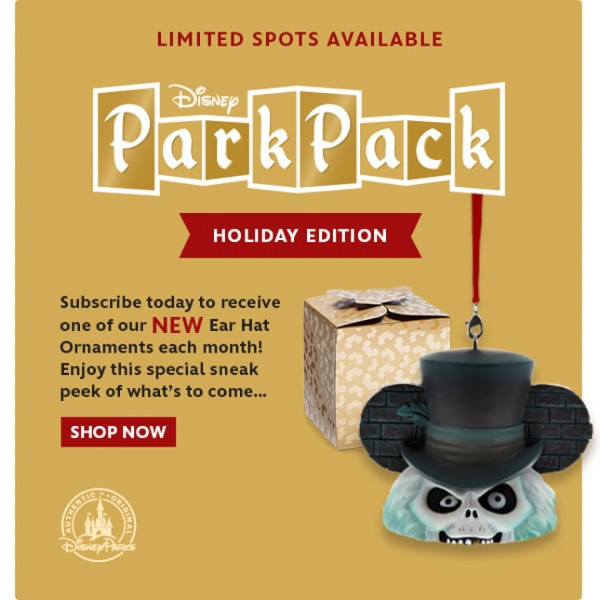 • Each ear hat ornament is fully-sculptured, with a satin ribbon for hanging.
• It, also. features the artist signature printed on the bottom of the ornament.
• The package is presented in blind boxed packaging.
• Subscription availability is limited.
• This Park Pack can only be purchased online.
• There is a purchase limit of 2 per household.

Since we are talking about Disney merchandise, here’s what has been going on with the Disney Tsum Tsum:

Disney Tsum Tsum Villains Collection (coming September 6)
• Maleficent in normal and dragon form (Sleeping Beauty)
• The Evil Queen (Snow White)
• Lady Tremaine (Cinderella)
• Jafar in genie form (Aladdin)
• Ursula (The Little Mermaid)
• Dr. Facilier (Princess and the Frog)
• Cruella de Vil (101 Dalmatians)
*Captain Hook being swallowed by Tick-Tock, which is not shown in the Villains Collection photo, could still be part of this collection or for a future release. 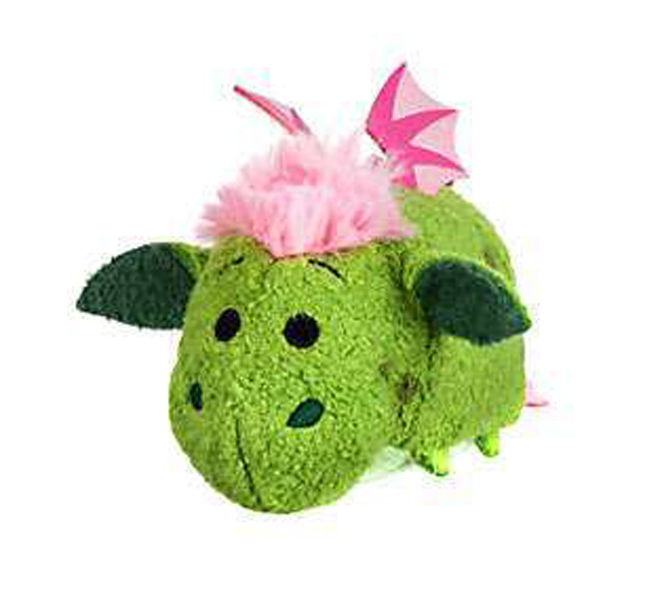 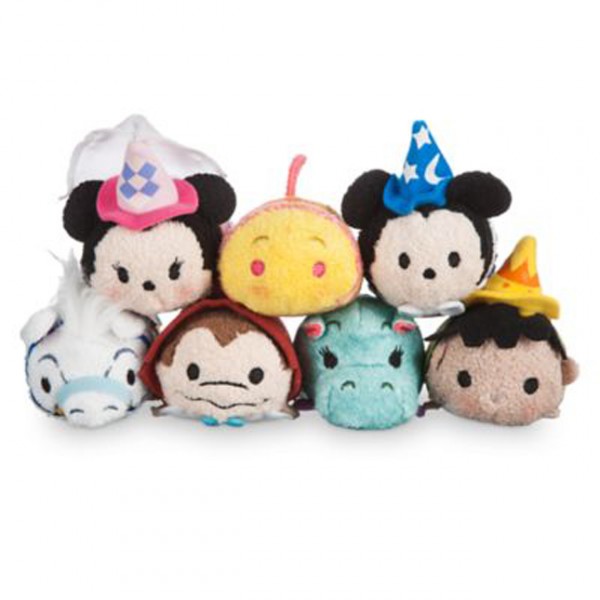 *Recent releases are still available. Some, like from Monsters Inc., are sold out and no longer available. There are also some that have been discounted, as low as $1.99. 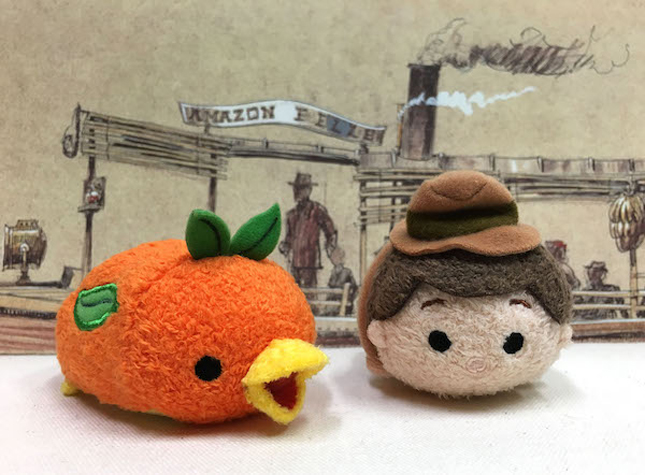 Upcoming (and possible) Tsum Tsum Releases
• Here is sneak peek of two upcoming Tsum Tsum from the Disney Parks Adventureland Collection to be released this Fall. One is and Orange Bird and the other is a Jungle Cruise Skipper. 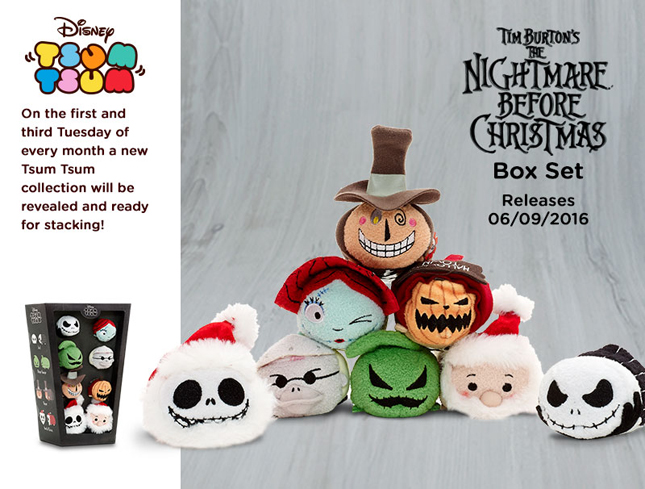 • A box set of The Nightmare Before Christmas could be getting released on September 6th. This image is from the Disney Store UK site and normally releases on the same days as the US. Set includes eight minis: Jack Skellington, winking Sally, Pumpkin King Jack, Oogie Boogie, Sandy Claws, Santa Claus, The Mayor and Dr. Finkelstein.

• The Muppets may be getting the Tsum Tsum treatment soon. Leaked pics have been floating around of Kermit, Miss Piggy, Fozzy, Animal, Swedish Chef, Rowlf and Gonzo. 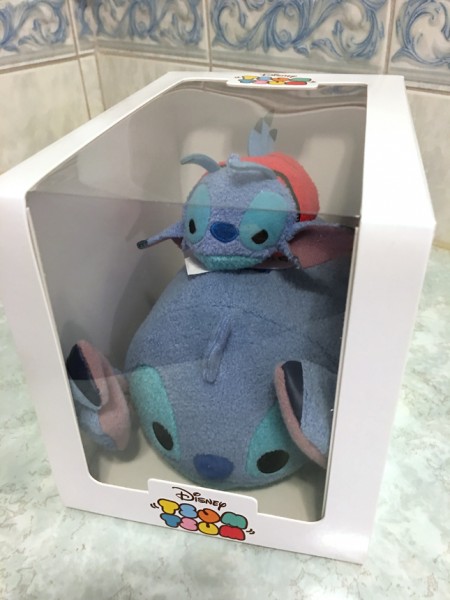 The Tsum Tsum Subscriptions are still going strong. I was pretty on point with my prediction for the June box being from Finding Dory – mini winking Nemo and small Dory. I wasn’t too sure what the July box would contain, which was mini Experiment 626 Stitch and small Stitch. I really thought that the August box was going to be from Beauty and the Beast, since the 25th Anniversary Edition Blu-ray was just released weeks before. But boy was I wrong… the August box was from Lady and the Tramp – mini Tramp with bone and small Lady. There might be a chance that the September box may be from Beauty and the Beast. 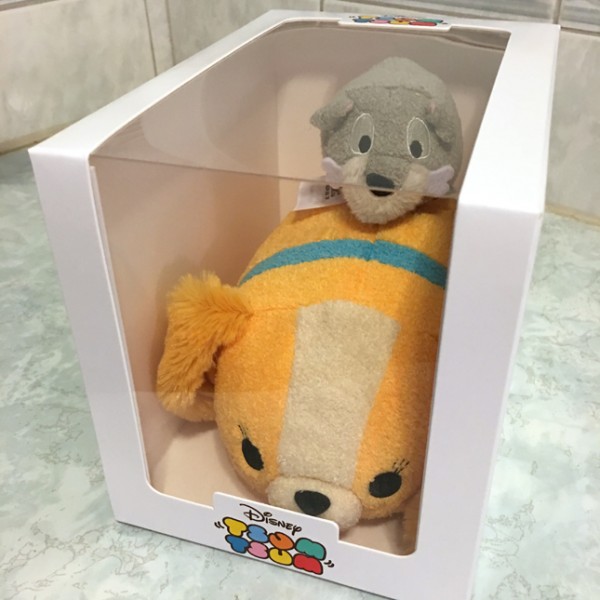 The Tsum Tsum Subscription boxes are back in stock online. So if anyone is interested in getting in on this, better do it soon before they are closed again. 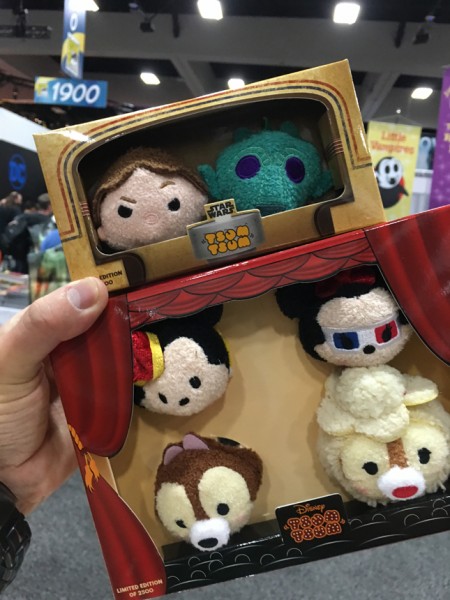 Lastly, if you went to SDCC in July, then you may have tried to get one of the many exclusives sold there. A lot of the booths have exclusives and there were four at Disney and Jakks Pacific booths. 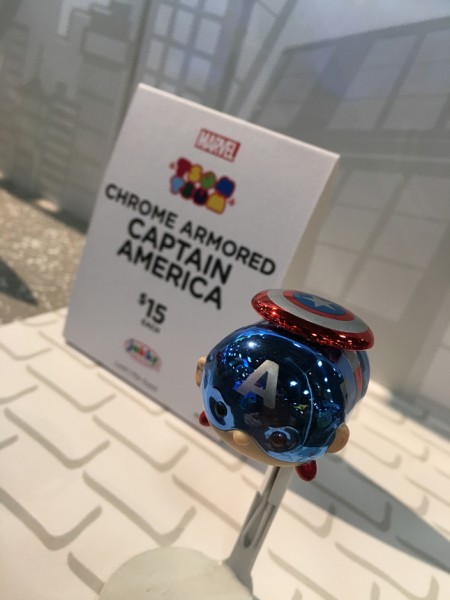 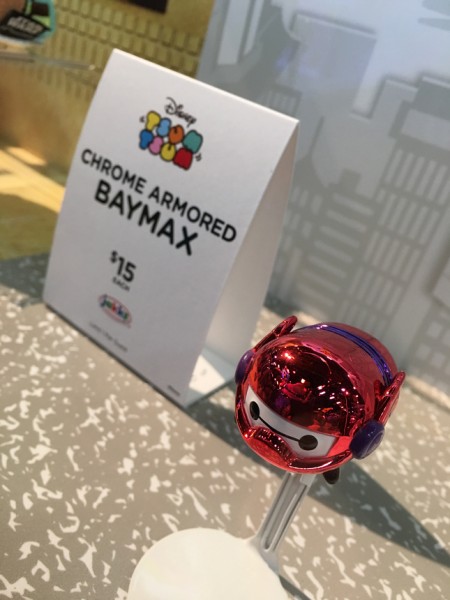 These were not easy to get, since you needed a ticket to purchase them and attendees would line up early in the morning to get one. I was lucky enough to have a very good friend get me a set of the mini Tsum Tsum. Eventhough I had an exhibitor badge, and was in the Hall before it opens, many of these booths will not sell to people with exhibitor badges. Which sucks because not all exhibitors (like me) are getting these to “flip” them. 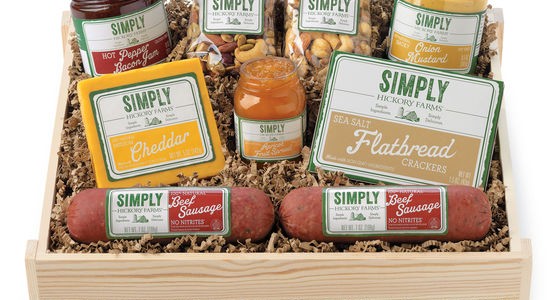 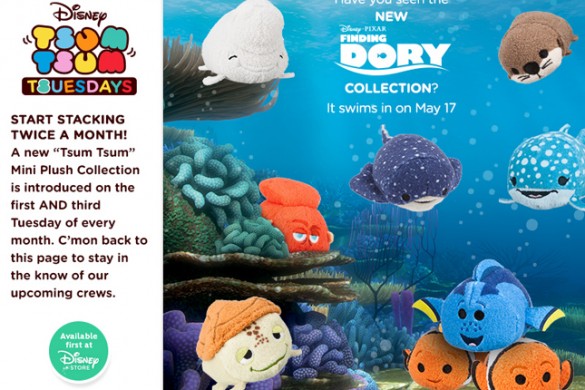 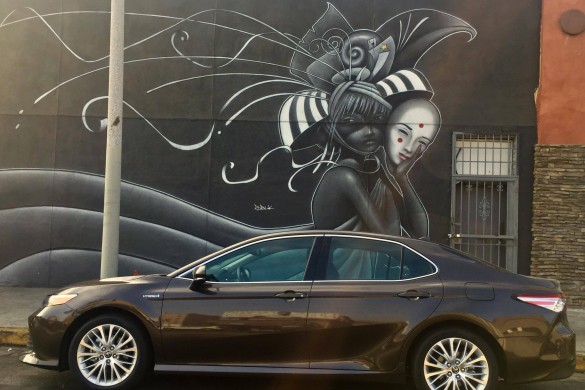