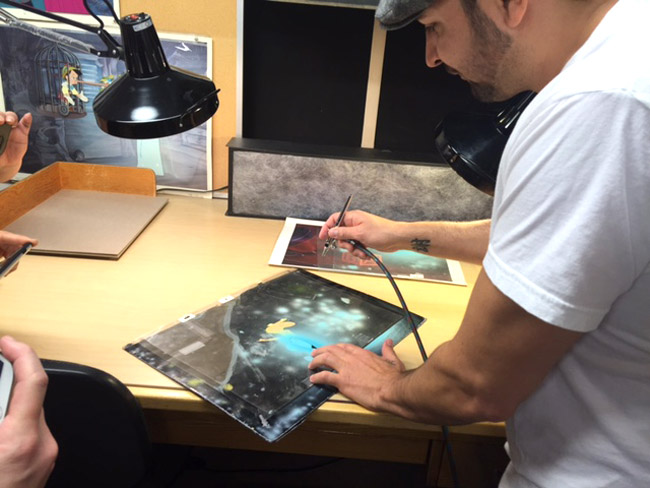 Recently, Thats it LA was able to participate in a tour of the legendary Ink and Paint building at Walt Disney Studios. That’s where the magic began when Walt created a new process to animate film and made his first feature Snow White. Now everything is done digitally on tablets with digital sketches  but back when the Walt Disney studios first started, it was all done by many hands.

For over 70 years, this was how the artists of the Disney’s Ink & Paint Department brought the magic of color to all the Disney animated shorts and feature length films released. Line by line, stroke by stroke animators crafted the sequence effects by hand like the dappled light of Bambi’s forest, midnight flights over London, and the underwater shimmer of a Ariel’s world and the land above. 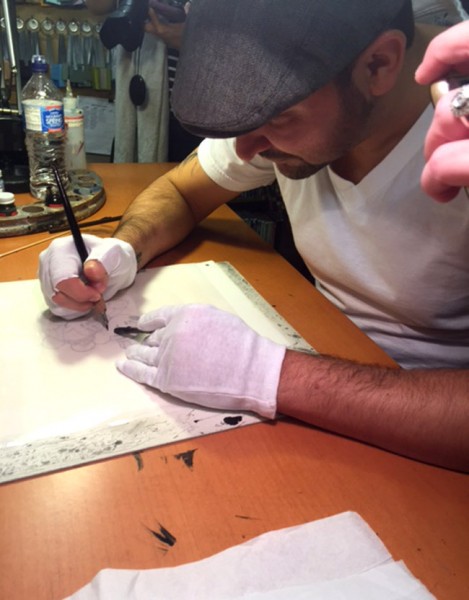 Now a days the place operates as home base for those gorgeous animation cells you see for sale at fine Galleries in and our of the Disney Parks and as limited commemorative batches sold to employees annually. They’re all still inked and hand painted at Disney where they once were the main form of tech to create a film. Then afterwards go through a silk screen process to make prints of the cells. Cell prints get sold for up to 500 bucks! 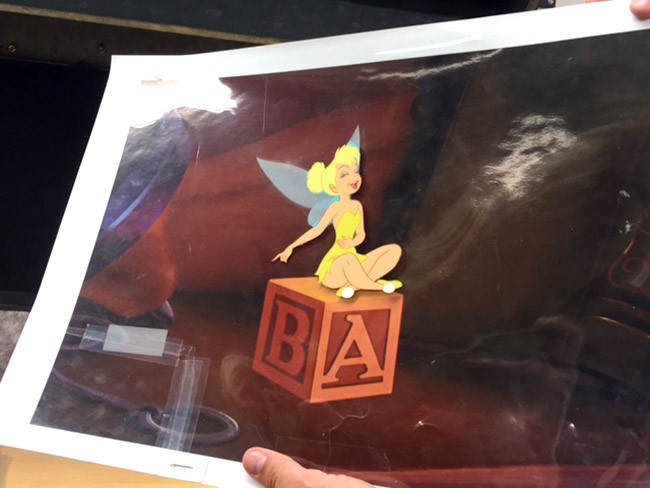 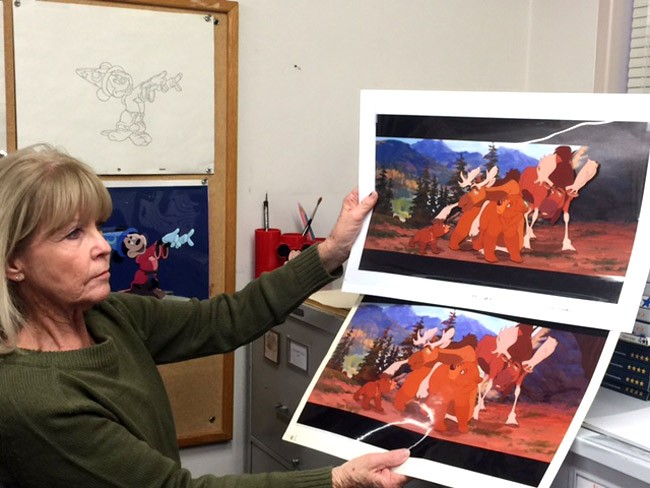 Each limited edition piece is created from artists using authentic animation drawings from actual film moments and Lines are hand-inked and/or Xeroxed. There’s a Xerox camera in the building that was built for 101 Dalmatians that facilitated the original technique of having a full staff tediously work on cells during film animation.  Now, it’s used to create the basis for cells that artists recreate with hand ink and paint enhancements before the screen printing process for mass production. Hand painted and ink cells are  also available but go from upwards of a few thousand bucks. 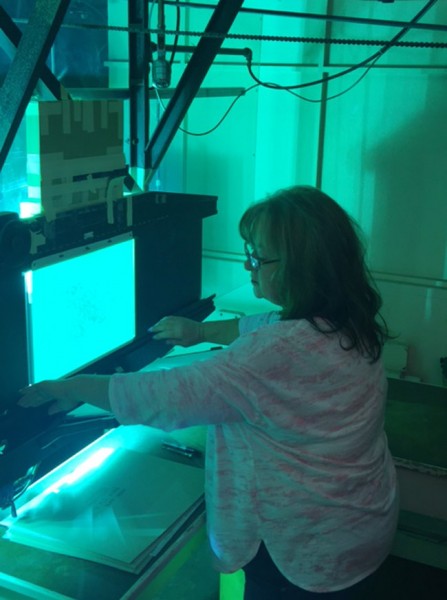 Walking into the paints room is amazing, there are bottles of every color imaginable. The moment you lay eyes on them, you know they’re the Disney colors. We got to see the blue for Beast’s ballroom coat and how they go about replicating the color for the cells that avid Disney fans collect. The artist selects the colors to let the inker know which colors through a coded system to define the lines and differentiation between the colors. We couldn’t take a picture of the current cell being worked on because if that scene leaks then they very often get ripped off. To hold the tradition intact they annual cells aren’t revealed till they are all completed. 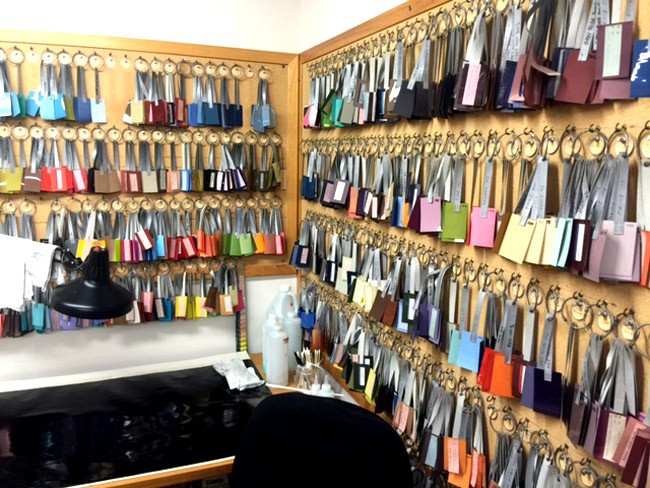 Seeing the artists at work was a wonder to behold. A process that went from multitudes of artists working a long time to animate sequences to a handful painstakingly keeping the legacy alive through their artistry.  This limited edition art is considered a crown jewel that hearken back to the golden age of animation for the studio that hardcore Disney fans want a piece of in this digital age. Once the artwork is done the cell is mounted on a reproduction of an original animation background.