Top Posts
LUCK Has Plenty of Heart and Likable Characters
Jenny Slate Talks “Marcel The Shell With Shoes...
TRON Night On The Grid Panel At The...
Bullet Train: No Holds Bar Funny Action-Filled Bloodbath
Go on a “Journey Into Storytelling” at The...
Home entertainment First Look at ENCANTO from Disney Animation Studios
entertainmentUncategorized

Magic and music harmoniously merge together for Disney’s latest animated musical, “Encanto.” Well, at least for some of the characters. Encanto, Disney’s 60th animated feature, the tale of an extraordinary family, the Madrigals, who live hidden in the mountains of Colombia in a magical house, in a vibrant town, in a wondrous, charmed place called an Encanto. Though every child is blessed with some magical power, Mirabel (voiced by Stephanie Beatriz) is extraordinarily ordinary. But she may also be her family’s last hope at saving her exceptional family when the magic in her town is in danger. 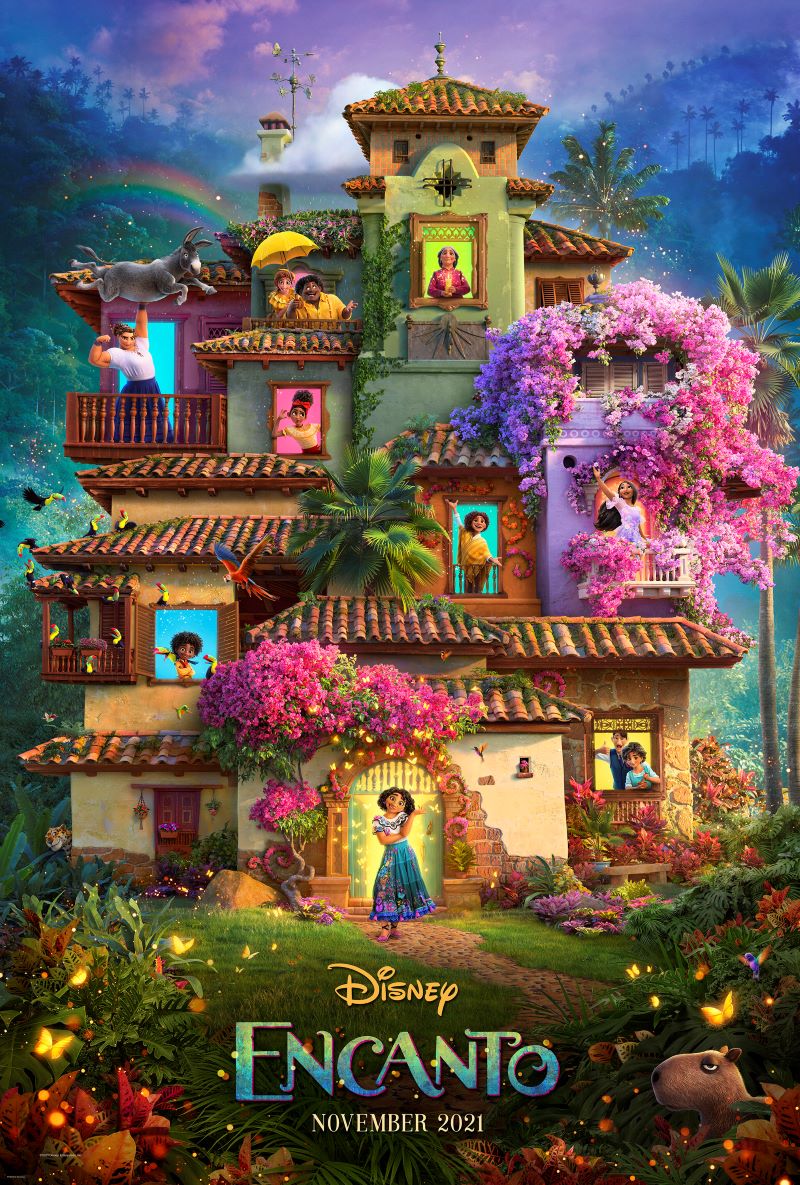 These themes and Disney magic, along with vibrant music, come alive in this latest trailer as the sights and sounds pop off the screen. Every window screen opening and closing, every brick popping off the ground, and tile clacking is synced together for this incredible rhythmic beat that makes you want to get up and dance. Not only that, but the trailer’s song is a celebration of Columbia, as it is performed by 17-time GRAMMY® and Latin GRAMMY winner, singer, songwriter, and actor Carlos Vives, who’s a native of Santa Marta, Colombia. “This song is a celebration of the magical diversity of Colombia,” says Vives. “I can’t wait to see how the music will blend with the images and the characters inspired by the ‘encanto’ of Colombians.” 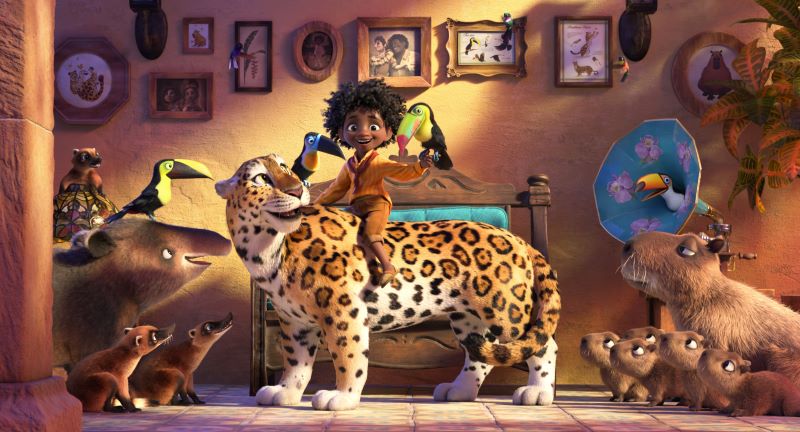 The film is directed by Jared Bush and Bryon Howard, the same duo who brought us the award-winning “Zootopia,” and is co-directed by Charise Castro Smith (writer “The Death of Eva Sofia Valdez”), who also wrote the script with Bush. 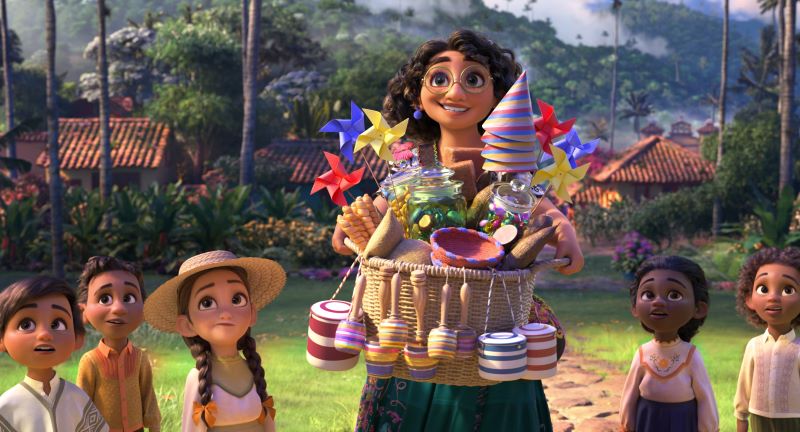 Beatriz voices Mirabel, who the actor describes as “a really funny, loving character who also deeply yearns for something more. She’s also not afraid to stand up for what she knows is right—something I love and relate to very much.” Best known for her role as Detective Rosa Diaz in the hit police sitcom “Brooklyn 99,” Mirabel is so much more than just another voice role in a big studio film for the actress. “I’m Colombian on my father’s side, and playing this role fills me with immense pride,” continues Beatriz. “As a Disney kid, I’d burn through my VHS tapes and adored every single magical story that the world of Disney introduced me to. I learned in those that stories that anything is possible, especially if you believe in magic and the goodness rooted deep inside us all.”

As the trailer notes, “Encanto” also features original songs written Lin-Manuel Miranda. You know, the guy who created “Hamilton” and wrote the songs for “Moana.”

The press release adds, “the filmmakers were deeply inspired by their research trip to Colombia during early development of “Encanto,” as well as their continuous work with a group of expert consultants assembled through the course of the film’s production.” Previous productions like “Moana” and “Raya and the Last Dragon” also saw directors go on big research trips and assemble a team of diverse people from all walks of life from those respective regions to act as their story trust to ensure that the film is an accurate representation of said culture. 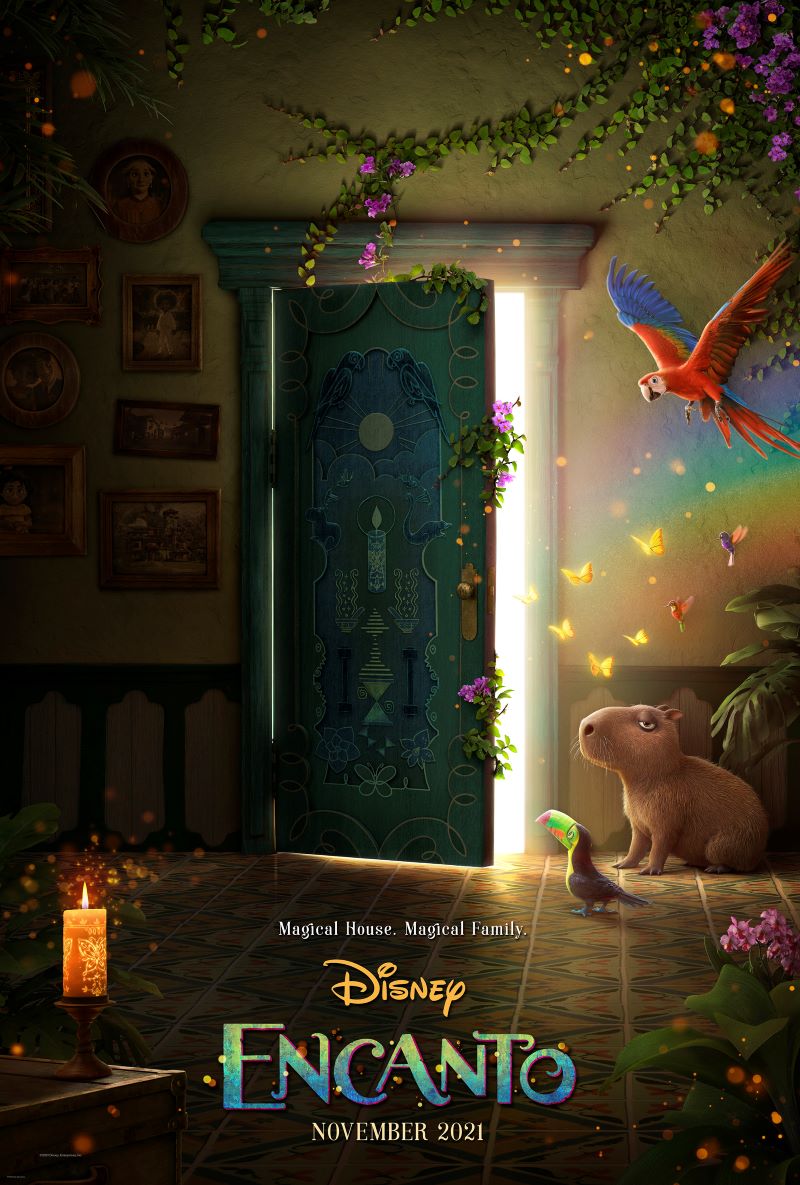