Jessica Biel’s career has such a dynamic range. From her humble beginnings on “7th Heaven,” to the dark cold thriller “Sinner,” the actor has proven she has a lot to offer. And judging by the first trailer for Hulu’s “Candy,” she looks like she’s taking on the role of an axe-wielding housewife. 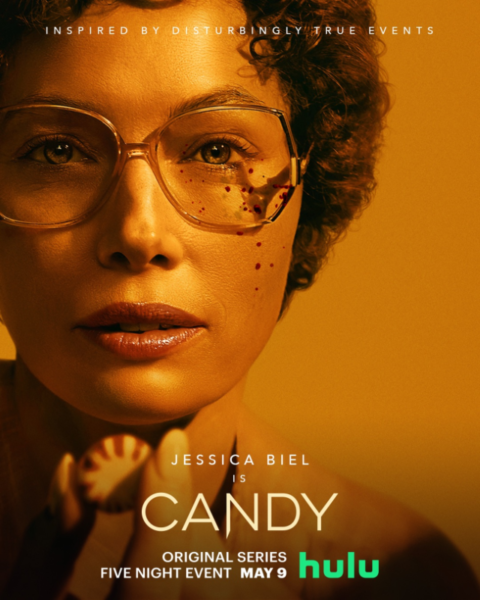 But “Candy” isn’t a comedy, but a dramatization of a true story of a housewife and mother of two children living in an idyllic suburbia. Of course, with such stability, it’s hard to believe it’s not enough. But Candy wants more. And soon, her attempts to reach for it is more than she bargained for. Soon, she starts to resort to violence and eventually murder – although we never get to see the latter in the trailer.

Of course, we will get to see the events unfold as the Candy chronicles the title housewife’s events from the murder to the trial to the verdict in five episodes. Considering how true-crime dramatization seems to be trending these days, there’s no doubt that there’s an audience for this. And with this kind of star power and creative force it looks like it is a must watch.

Even the teaser poster is unsettling but still draws you in as Candy has blood splatter on her face but still offers a piece of peppermint candy with a straight face.

Candy Montgomery is a 1980 housewife and mother who did everything right—good husband, two kids, nice house, even the careful planning and execution of transgressions—but when the pressure of conformity builds within her, her actions scream for just a bit of freedom. With deadly results.

The first episode of “Candy” debuts exclusively on Hulu starting May 9, 2022.