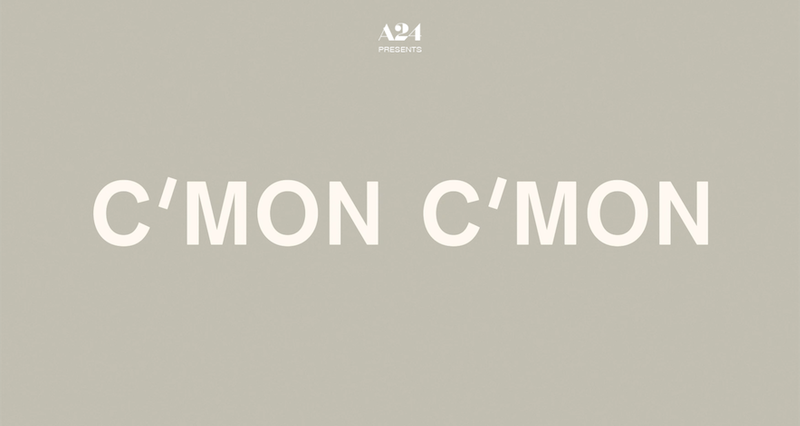 A24 has released the first trailer for Mike Mills’ (20th Century Women) “C’mon C’mon,” a new monochromatic drama starring Joaquin Phoenix as a radio journalist who forms a tenuous but transformational relationship with his young nephew (Woody Norman) when they are unexpectedly thrown together in this delicate and deeply moving story about the connections between adults and children, the past and the future. The journey sees the two discovering the highs and lows of the complexities of life.

Musically set against Claire de Lune,” the “C’mon C’mon” trailer is short and sweet as the all of the emotional concepts that Phoenix is narrating through, and how that is reflected through the characters that we will see in the film. There will be times of momentous joy where the two are playfully goofing around just before bed, and other time of sadness and disappointment when we see Norman’s character needing a moment to cry it out in privacy. And these emotions hits a different note when seeing it in black and white. The cinematography itself was done by Robbie Ryan, who received an Academy Award nomination for Best Cinematography for Yorgos Lanthimos’ “The Favourite.”

Johnny (Joaquin Phoenix) and his young nephew (Woody Norman) forge a tenuous but transformational relationship when they are unexpectedly thrown together in this delicate and deeply moving story about the connections between adults and children, the past and the future, from writer-director Mike Mills.

The film had its world premiere at the 48th Telluride Film Festival, and is scheduled to screen at the New York Film Festival in October of this year.
Gaby Hoffmann, Scoot McNairy, Molly Webster, Jaboukie Young-White also star.

“C’mon C’mon” is expected to hit theaters later this November after having its film festival run.