For 38 years she has been the face of the princess known for her sassy attitude, massive hair buns as well as the teeny, tiny outfit she wore as Jabba the Hut’s slave in Return of the Jedi. Carrie Fisher has returned as Leia in the 7th installment of Star Wars: The Force Awakens. She has been promoted to General in The Force Awakens and seems to continue working out family issues.

I honestly didn’t know much about Carrie outside of her portrayal of princess Leia. It wasn’t until I saw her interviewed on a morning show with her dog Gary, that I realized that she had an amazing wit and sense of humor. I got to see more of that humor at the Star Wars Junket in Los Angeles earlier this month. She sat next to Lawrence Kasdan (writer), kicked off her shoes and got comfortable for the 45 minute press conference. I got the impression that Fisher is comfortable in her  skin. She doesn’t take life too seriously and speaks her mind. Carrie Fisher isn’t Princess Leia, Princess Leia is Carrie Fisher.

Here are some memorable quotes from the day.

Does Fisher think Princess Leia has a good sense of humor?

“She would have to. Wearing those hairpieces and you know, I  now (in Force Awakens) have a baboon ass hairstyle. And I mean that with love! So you need a sense of humor for that sort of thing. It keeps it lively and fun when you’re getting shot at and everything. No, it’s the hair that really makes you funny.”

Her thought on bringing out the girl power in the original trilogy.

“I am the beginning of girl power.  Deal with it.  I got to be the only girl on the all boy set, which was really fun. Girl power – she’s more powerful in the girl – yes, I’m louder than you, so she takes on the physical power and then I scream at them until they pass out. Not scream, I make fun of them. You know, that was what was really fun about doing anything that girl poweresque, is bossing men around. I know a lot of you women out there haven’t done that yet, and I encourage you to do so later this afternoon.”

She feels that Star Wars is a Family Affair.

“I find that it’s really a family exp – you know, I’ve had people over the years come up, I’m showing this to my child, that you know, I didn’t want to wait till they were 6, so I went with 5. And you watch your children watch the movie and you learn something about your children, and will we like the same characters and Halloween becomes kind of more of a Thanksgiving experience, without the turkey. But you see all these pictures of entire families dressed as the characters and I find that so moving. Sorry. But I do. It’s just an amazingly emotional movie.”

What was her scariest moment that first day of production?

Not remembering my lines. That was scary. No, and I also – I’m the custodian of Princess Leia, so never got out of character, and I wondered if that would be noticed. No, but I was very nervous. Just it’s been, it’s been a long time. And I don’t like looking at myself at this age in a large way, so that was scary, and remains so.

What she really thought about her Star Wars: The Force Awakes Costume.

“It took About 10 minutes or 20 to put on the costume. I’m older and I do it faster. No, really, 20 minutes. I have a kind of classy gas station attendant look. [LAUGHTER] That’s not funny. So that doesn’t take long to put on. Or I could say I was an airplane repair mechanic. Well, their nice vest over that. And different hair than most airplane mechanics would normally have. I don’t mean the baboon ass hair.”

Will Gary her dog make a cameo in the film?

“I wish. I begged J.J. And Gary was willing to sleep with J.J. to get into this movie.”

May the force be with you.

Star Wars: The Force Awakens in theaters on Friday December 18 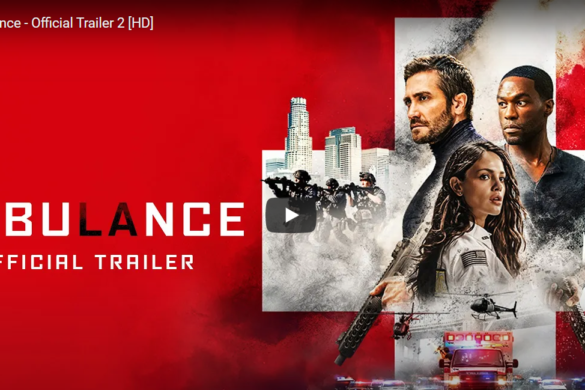