Xavier Riddle And The Secret Museum Premieres on PBS KIDS on November 11, 2019

PBS Kids are committed to bringing quality and valuable content to its young audiences by introducing them to concepts about diversity and inclusion. They believe that it is important for them to see themselves in the characters that appear on screen, and that these characters are relatable, which would help them in the learning process.

They will stay true to that ideology with their next series Xavier Riddle And The Secret Museum. The show is based on the children’s book series Ordinary People Change the World by New York Times best‑selling author Brad Meltzer and illustrator Christopher Eliopoulos. In it, viewers will see the people who shaped history were not born heroes. From Maya Angelou and Frederick Douglass to Amelia Earhart, every hero was once a kid struggling with a question or a tough choice, just like our viewers. But through social‑emotional development and character skills like courage and resilience, they grew into people who changed the world.

Meltzer admits he started the project early on, selfishly, by creating this for his kids to show them that there were better heroes than “reality TV show stars and people who were famous for being famous.”

He then realized that not everyone looked like his kids, and saw that everyone from Rosa Parks and Jackie Robinson. He also saw what kind of an impact Brian Michael Bendis, the creator of Miles Morales aka Spider-Man, a  half African American, half Hispanic, had on the comic book community.  “He got all these letters from people, all these different letters that said that when they were little tykes, Spider‑Man was the one hero that they could be, and no one knew what their skin color was,” Meltzer said. “When he created Miles, everyone said, ‘Oh, my gosh. When I was little, I used to always imagine that Spider‑Man had brown skin, and now he does. So thank you for that,’ And he realized that to some kid out there ‑‑ not every hero is the most important hero, but, my gosh, everyone needs at least one hero.”

Meltzer said there was an entire grid to look at to make sure that no story was overlooked and which stories that they could tell their young audience. He wants to inspire them with a powerful message that “These people are just like you. You can change the world,”

Xavier Riddle and the Secret Museum takes a fresh and accessible approach to teach kids ages 4-7 about important historical figures and the experiences that shaped their lives while exploring social-emotional concepts and character traits such as courage, resilience, and setting and accomplishing goals. Each episode is designed to help young viewers make the connection between the attributes that made each historical figure a hero and those same qualities within themselves, helping them to recognize their unlimited potential. From an inspirational encounter with a young Marie Curie, who follows her dreams no matter what, to learning from a school-aged Harriet Tubman, who models courage and bravely moves forward even when she is scared, the series will help kids relate to seemingly larger-than-life individuals. Other historical figures to be featured include Alexander Hamilton, Susan B. Anthony, Maya Angelou and more. 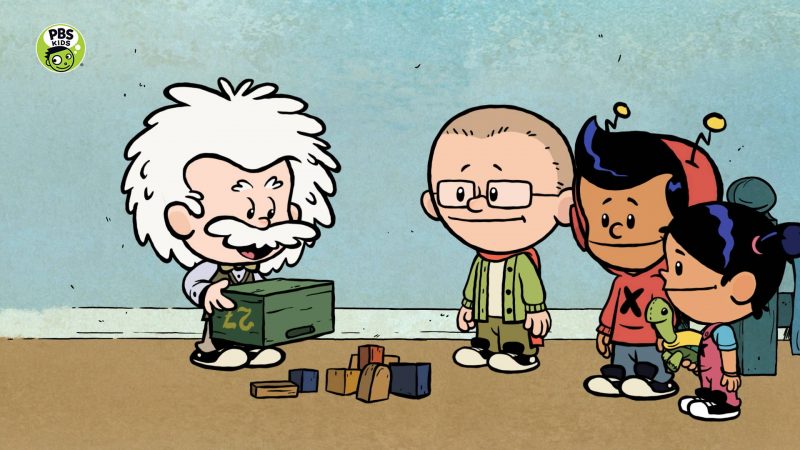 But the one thing that Meltzer does encourage is to fail. ” But the real answer is you have to just try and fail,” he said.

He mentioned how Amelia Earhart flew across the Atlantic did not impress her daughter at first. However, when he told her about how Earhart “gets on the roof of her tool shed in this wooden crate on roller skating wheels and puts these two‑by‑fours down, comes flying down the side, jumps through the air, crashes and gets up and says, ‘That was amazing,’ or whatever she yells at the time, and my daughter listened to that story, and she’s like, ‘Dad, tell me that one again.'”

“We found it by trying it out on my kids and seeing what they responded to,” Meltzer said. “What we want is a good story, and it may be for young kids. It may be for adults. I love when we’ve been testing this show and watching it that the parents are as excited about this, or even more excited, than the kids are. “

Furthermore, they say that a lot of these episodes are put together based on trial and error. But the main focus of it all is the kids.” We all know that we would love our kids to have more compassion,” Meltzer said. “That is not a bold statement. We know that we want our kids to be kind. These are not controversial. The question is how do you teach it?”

And these episodes won’t just about the subjects themselves, but how the subject’s influence may relate to what is happening today, such as bullying. Because of the way the show is structured, characters break the fourth wall and speak directly to the audience about the subject. And then it tills tie into social aspects.

For example, a character is being bullied, and go to a museum where they go back in time and meet Rosa Parks. She would teach them how to deal with a bully and then they return to their own time an apply the lessons that Rosa Parks gave to them.

There will be two heroes in each thematic episode. Each 11-minute segment will focus on one gender. “We do George Washington, Susan B. Anthony goes together as leadership,” Meltzer said. ” The Brontë sisters and the Wright brothers go together as a sibling episode. But they all kind of thematically match up, so there’s two every episode.”

But the show isn’t about history per se, it is about the values that these historical figures hold.

“When we worked on the show is it was never about to give them every detail about their life but give them a value, a social‑emotional lesson that that kid needs in their own life, and then we work backward from there,” Meltzer said.

Meltzer also recognizes the flaws that these inspirational historical figures may have. For instance, while George Washington inspired, he also owned slaves. ” There are people that do cross the line,” he said. “There’s an amazing person who we actually loved and adore, but, when we dug down deep into her life, was a Nazi sympathizer. Sorry, you’re off the list, right? So, again, it’s like the Supreme Court definition of pornography, which is you know it when you see it.”

He says he and his team do their best to find the best parts of everyone. ” I truly do feel like none of us should be remembered for the worst day of our lives,” he said. “What we’re trying to show kids is every single person that we do has that incredible moment that we can all relate to, and we have to bring it out.”