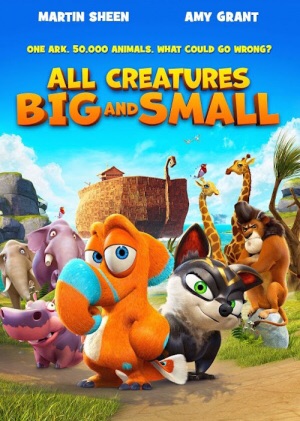 With thunder and lightning nearby, Lion (Martin Sheen) calls a meeting to inform all the animals of impending floodwaters. Lion invokes a strict “herbivore” rule until the ark lands. Father-son duo, David (Dermot Magennis) and Finny (Callum Maloney) are two gawky Nestrians, a new species. Unfortunately, David learns the fate of his family while attempting to board Noah’s Ark.

After being rejected at the registration table, David must devise another way for entrance onto the boat. In fact, numerous animals are entering two-by-two as parent-child versus male-female in this hilarious spoof. Of course, this doesn’t control population. Nevertheless, this zany family-friendly film does a superb job tackling questions regarding the sense of belonging! As a means of sneaking back on the ark, David convinces Finney to don a costume as the male versions of Grymps, which appear similar to coyotes. This stowaway idea greatly disturbs mother-daughter Grymps, Hazel (Amy Grant) and Leah (Ava Connolly), who’s sharing cabins with the resourceful Nestrians. While snooping around the ship, Finny and his precocious friend Leah get left at the boarding docks when the ship sails off.

Can Hazel and David face-off against Lion and his ferocious crew to commandeer Noah’s Ark, and return for the children? Will Finny and Leah safely reach high ground before the floodwaters take over? Will David and Hazel reach the kids before the flood overflows the land? This is definitely a fun-loving, harrowing quest for Finny and Hazel. They race against time and the elements in an attempt to avoid floodwaters. Along the way, they make a few friends and enemies.

I highly recommend this film for ages 6 and up.

The release of All Creatures Big and Small coincides with the launch of Google Play’s new family-friendly discovery experience that is designed to help parents find apps, games, movies & TV shows and books that are appropriate for their kids. 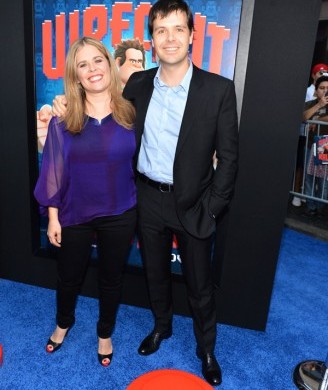 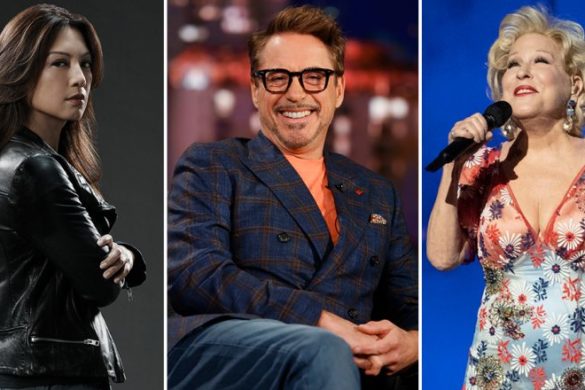