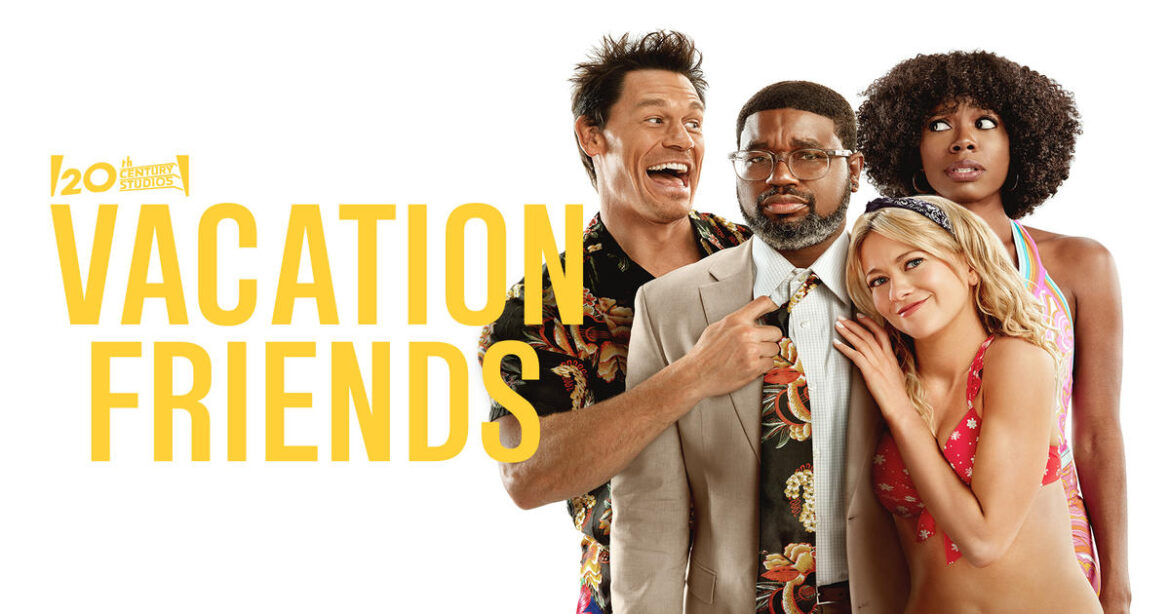 The phrase “I could use a vacation” is certainly applicable to the year we’ve all had. And as such getting as far away as possible will only help take the edge off the harsh reality that we currently live in. But one thing is certain, you never know who you will meet during this vacation. And I am not talking about friends or family, but those who become your “Vacation Friends.” The encounter serves as the premise for Clay Traver’s newest comedy centers on Marcus (Lil Rey Howery) and Emily (Yvonne Orji) enjoying a week without inhibitions when they meet new friends Ron (John Cena) and Kyla (Meredith Hagner) on vacation. Marcus and Emily thought it would be all over and that they can return to their wedding in peace, but their troubles follow when Ron and Kyla show up.

ThatsItLA had a chance to attend the virtual press conference with Cena and Orji, who shared their thoughts on “Vacation Friends,” how things in the film are not as they seem, and more.

In the film, Ron comes off as this muscle bound meat head with a sense of adventure and has no filter. However, deep down, he is more than that. In fact, there are some aspects of the character that Cena can relate to such as Ron’s ability to be in the present and to enjoy the journey of life. “He’s not ashamed and is certainly the captain of the ship.”

On the other hand, Emily is a bit more reserved but still willing to try new things. “She might be a little bit of a people pleaser, which I identify with,” Orji said. “She’s trying to please [everyone] and have everything go off without any problems.”

Seeing that the two could relate to each one, one would think getting a long would be easy. But for Cena, it is all about taking the experience in if he ever met someone like his character during a vacation. “I just think I would take the experience in. I believe that respect is a boomerang and you get what you give,” he said. “I don’t think there’s anything truly disrespectful about the two of them. They’re fast and loose and they really enjoy the present and that’s a very rare commodity.”

Cena also knows how most filmmakers will use physique to play an opposite-type of character in a comedy like “Vacation Friends.” And he enjoys doing that.  “It’s very obvious how to play comedy with me. You use a big guy and you go against the physical stereotypes or you lean into them,” he said. A lot of this was leaning in there, because on his resume he’s such a bad ass, but in life he’s an emotional person.”

And by playing against type it allows for a better range of comedy between the characters  And “Because Rel is so wound up, it really gave great balance,” Cena said. “And then you see this wound up dude with all this energy trying to take it out on this large, hulky man who just really wants to give him a hug.”