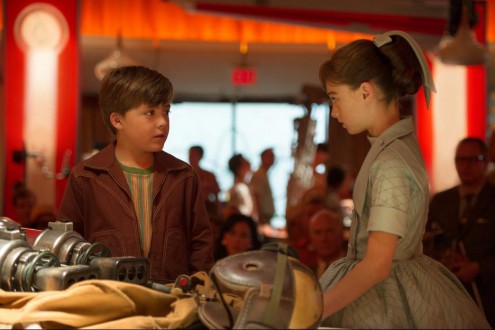 Tomorrowland is in theaters In Theatres May 22 and is rated PG.

From Disney comes two-time Oscar® winner Brad Bird’s Tomorrowland, a riveting mystery adventure starring Academy Award® winner George Clooney. Bound by a shared destiny, former boy-genius Frank (Clooney), jaded by disillusionment, and Casey (Britt Robertson), a bright, optimistic teen bursting with scientific curiosity, embark on a danger-filled mission to unearth the secrets of an enigmatic place somewhere in time and space known only as Tomorrowland. What they must do there changes the world—and them—forever.

At a recent press junket the cast of Tomorrowland were asked what would they do to make a better world for the future, especially for the new generations. Here’s what they had to say:

Raffey Cassidy (Athena) – Well, I’d like to, if I could change something in the world I’d get rid of any technology, but keep the cool cars and everything. And then, say like in the old-fashioned times when you wrote letters to people, I’d like to do that, but make better things that gets it to them quicker.

Tim McGraw (Eddie Newton) – I agree with that. I have three daughters and to see their faces would be nice.

Britt Robertson (Casey Newton) – My big thing right now, living in California, is that I’ve turned off my sprinklers. So I mean, I know its small, I know it’s a very small step, but I’m trying to use less water. I’ve been trying to conserve on the water front, and I think, it’s important for everyone to kind of take into consideration their community, and sort of the environment wherever they are, and the things that they can do for that specific region. And that’s kind of what I’m doing, but I’ll try other things. If you have any ideas, send them over.

George Clooney (Frank Weller)- I think everybody sort of tries to participate in any way they can. I think, there’s a funny thing about careers in a strange way, which is as you’re working, you find that as time goes on and as you become more comfortable in your career path, and things are starting to make sense, and it’s not just about trying to work, you’re able to focus on other things and other people, and try to, particularly in this line of work where there’s a lot of attention focused on you, that you don’t really need, you try to just turn that focus and put it on places. You know, I have places, obviously, that matter to me, like in sub-Saharan Africa and places like that, that matter. And I’ve been involved in lots of those things.

And Tim can speak to this too, because there’s an awful lot that we all have to do to participate, and we try to, as much as possible. We’re not policy makers, you know, so what we really need to do is try to shine a light on people who really don’t get light shone upon them.

Tim McGraw – Well, I think that’s the best way to use, whatever you have, whatever cash you have, as a celebrity. It’s to be a mirror for those sorts of things, to cast a light back on those issues.

What do you do to make this a better place for future generations? 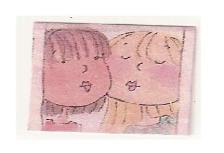 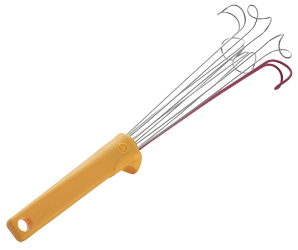 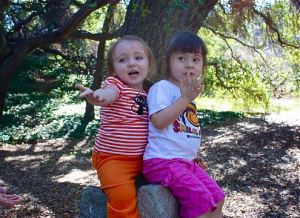 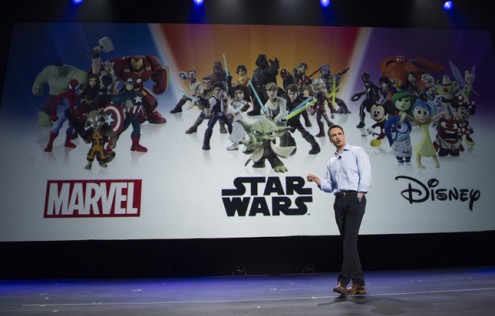 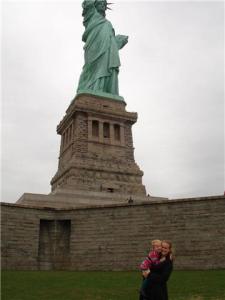 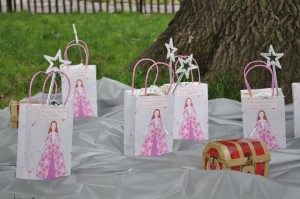