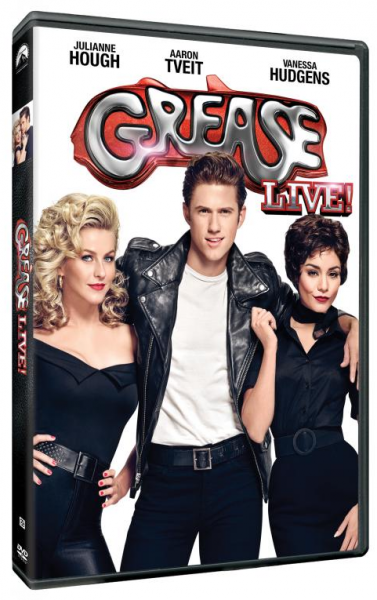 Over the past few years, there have been several of my favorite movies that were produced live on television. Some good, some okay, some that maybe should have been scrapped. Growing up in a true musical-loving house, the original Grease (and even Grease 2) were staples for us – right down to my double album! When I heard that Paramount Television was going to produce Grease Live! I had to admit that I was pretty hopeful. And, just as I had hoped, it was fantastic! The cast of Julianne Hough as Sandy, Aaron Tveit as Danny, and my personal favorite, Vanessa Hudgens as Rizzo did an amazing job of taking the classic 1978 movie and updating it into something that made it fresh and modern for today’s audience. I wasn’t alone in my love for this movie, as Fox reported that there were over 12.2 million people who tuned in to dance and sing the night away.

Keke Palmer, Carlos Pena Vega and Carly Rae Jepson rounded out the main cast, but one of the best surprises of the show was when Didi Conn and Barry Pearl, two of the original movie cast members made appearances!

The music and dancing were such a huge part of the original stage show as well as the movie that it was hard to imagine how Paramount was going to be able to pull off a live television version. With Joe Jonas and his band DNCE as well as Boyz II Men, the musical selections were spot on. Mario Lopez was perfect as Vince Fontaine in the high school dance scene that’s always been one of my personal favorite parts of the original movie.

Paramount Television brought together a stellar team to help introduce Grease Live! to an new generation. Executive Producer Marc Platt (Wicked, Into the Woods) , Director of Stage Direction Thomas Kail (Hamilton, Into the Heights), and Live Television Director Alex Rudzinski (Dancing with the Stars) were a magical trio who ensured us that Grease still is the word! Broadway writers Robert Cary and Jonathan Tolins made sure the live television adaptation didn’t miss a beat from the much loved stage and screen versions.

The Grease Live! DVD, which is set for release on March 8th has exclusive bonus features including a behind the scenes look at how a live production is created, interviews, how the cast was transformed into their characters, choreography to help you work on your dance moves whether you’re a T-Bird or a Pink Lady, and much more you definitely won’t want to miss!

The GREASE LIVE! DVD is presented in 16×9 widescreen with English 2.0 Dolby Digital.  The disc includes the following: 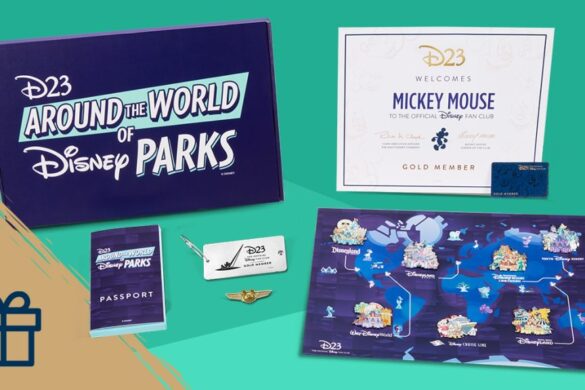 Celebrate the Holidays with D23 Season of Magic

I would love to win because I am a huge fan of grease. Thanks for the giveaway. I hope that I win.

Missed watching this on TV so this will be a treat!

I’d like to win because I enjoyed watching this on tv and would like to watch it again with my family.
Thank you!

We missed this on television and only caught the end of it, but this is a favorite movie so would love to see this version of it.

Oh I would love to win! Grease was one of my all time favorite movies, and I loved the new Live one! Would love to be able to watch again…and again! 🙂

My daughter LOVED this show. She’s in theater and would like to watch it over again a few times.

I want to win this as i would love to see this. I missed it when it aired on tv a few weeks back.

I would absolutely love to win this to watch with my daughter. Grease and Grease 2 were my favorite movies growing up. My daughters dance class is doing their recital to songs from Grease and she is absolutely fascinated with the thought of seeing it.

i missed it when it aired.

I’d love to win because Grease is one of my all time favorite movies and I’d love to see a live performance of it. Plus I think dd would go crazy over it – she loves it more than I do!