Top Posts
LUCK Has Plenty of Heart and Likable Characters
Jenny Slate Talks “Marcel The Shell With Shoes...
TRON Night On The Grid Panel At The...
Bullet Train: No Holds Bar Funny Action-Filled Bloodbath
Go on a “Journey Into Storytelling” at The...
Home entertainment The Delivery Man Supplies Universal Love
entertainmentMovie 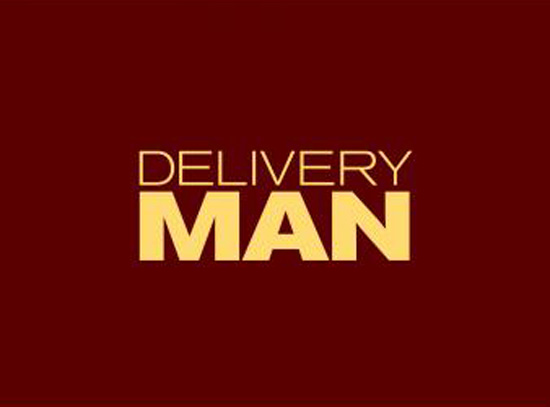 Just as I expected, I had a hilarious time when I met the cast of “Delivery Man” during a press junket for the DreamWorks Pictures and Reliance Entertainment film. This sidesplitting, “feel-good” movie is based on the original screenplay, “Starbuck,” written by Ken Scott and Martin Petit. Vince Vaughn, a beaming, married father of two, spoke excitedly about his new role as the inept delivery guy, David Wozniak, whose life changes once he discovers he’s the biological father of 533 children, of which 142 are suing to learn his identity.

“One of the things that I really love in the film is that nowadays a lot of times you’ll have something be just a comedy or just a drama, or just sentimental, and this is under one umbrella and really unpredictable,” says Vaughn. “From one scene to the next you don’t know if you’re going to laugh or be tense,” Vaughn explains. He’s known for his “unmatchable comedic delivery” in movies such as; “Dodgeball: A True Underdog Story (2004)”; “Wedding Crashers” (2005); and “Couples Retreat” (2009). Vaughn accepted this more dramatic piece after reading the script and speaking with writer and director Ken Scott (“Starbuck”).

I agree with Vaughn’s opinion of this film being multi-dimensional, and Scott possessing the talent to allow the film to slowly unwind with numerous meanings. As the delivery driver for his family’s meat company, Vaughn plays opposite gorgeous Cobie Smulders (“Safe Haven,” “The Avengers”), who’s his police force girlfriend, Emma; and “Parks and Recreation” funny man Chris Pratt (“The Five-Year Engagement,” “Moneyball”) his Brett, his buddy/would-be attorney and seemingly single dad, attempting to clear him of legal trouble. 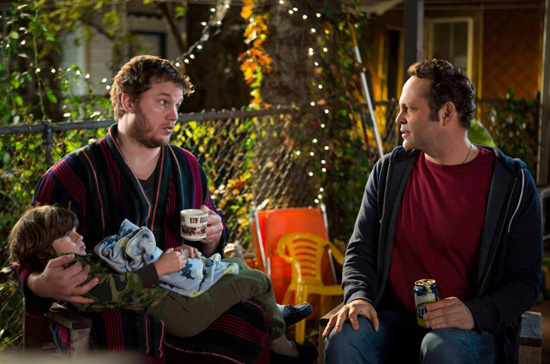 Vaughn says, “But in meeting Ken and just the place that he works from, I feel very grateful that I met a director like that who is such a great storyteller.” Pratt says he was well-educated from Vaughn on the set of “Delivery Man” – learning lessons beyond acting.

“I’ve learned a lot from working Vince on this movie,” utters Pratt. He explains, “I never once saw him treat somebody poorly. He treated his people really well. We were in Madison Square Garden with thousands of people, and they all knew who he was, and that’s where he gave every single one of those people a little moment, a little piece of himself. I think that’s something I’d aspire to do.”

Ironically, Smulders was pregnant on- and-off the set for “Delivery Man.” When asked if she found any similarities between the role of Emma, David’s girlfriend in the movie and her life at that time. Aside from the pregnancy she says, “Yeah, just dealing with the similar emotions that come with that pregnancy was a very relatable thing for me.” And of course, as a new parent, Smulders completely sees life in a whole different viewpoint. 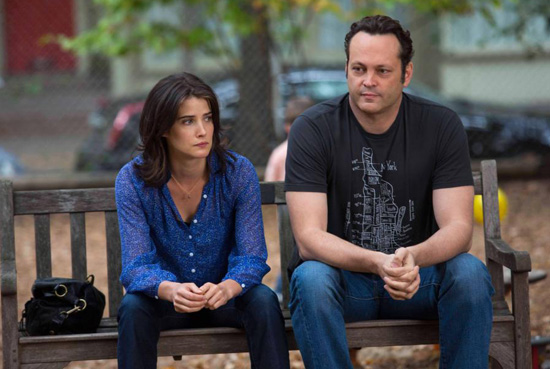 “Yeah, I mean you become responsible for a human being, and I think a lot of people talk about like, ‘I’ve never felt love like this before.’ And you hear all these things before you have a child. And they’re all kind of true. And, ‘Yeah,’ I think it’s just dealing with the overwhelming responsibility of like, ‘I’m the protector of this child,’ that affected me the most.” Originally from Vancouver, British Columbia, the former model grew up in a blended family of six siblings whom she lovingly refers to as “the Brady Bunch.”

Pratt who’s married to actress Anna Faris, whom he met on the set of the film “Take Me Home Tonight” (2011) and has one son, Jack together, concurs that life does evolve with fatherhood. “You can’t help but change when you have a kid,” Pratt exclaims. Adding, “And for me it was just a sense of, ‘I didn’t feel like anything was missing in my life,’ and it wasn’t. It all came at just the right time, and now if I am absent from my son I do feel like something is missing.”

“I think you definitely get a whole world opened up to yourself with kids,” says Vaughn, married to wife Kyla since 2010, and a doting father of two small children. He adds, “I think as a parent you try to enjoy them, and be happy and have fun. And, also try to figure out what’s the best way to be a parent to them and set them up to be happy in life and pursue those things.”

After reaching an epiphany in “Delivery Man,” Vaughn’s affable character then becomes a “Guardian Angel” to some of his children. He explains of the film’s story arc, “You have a bunch of people looking for a connection who are looking to be a part of something.” Clearly, you could tell that all of the cast members also felt “related” to the film!

I recommend this film for mature audiences

* Penny attended a press junket to facilitate this post.