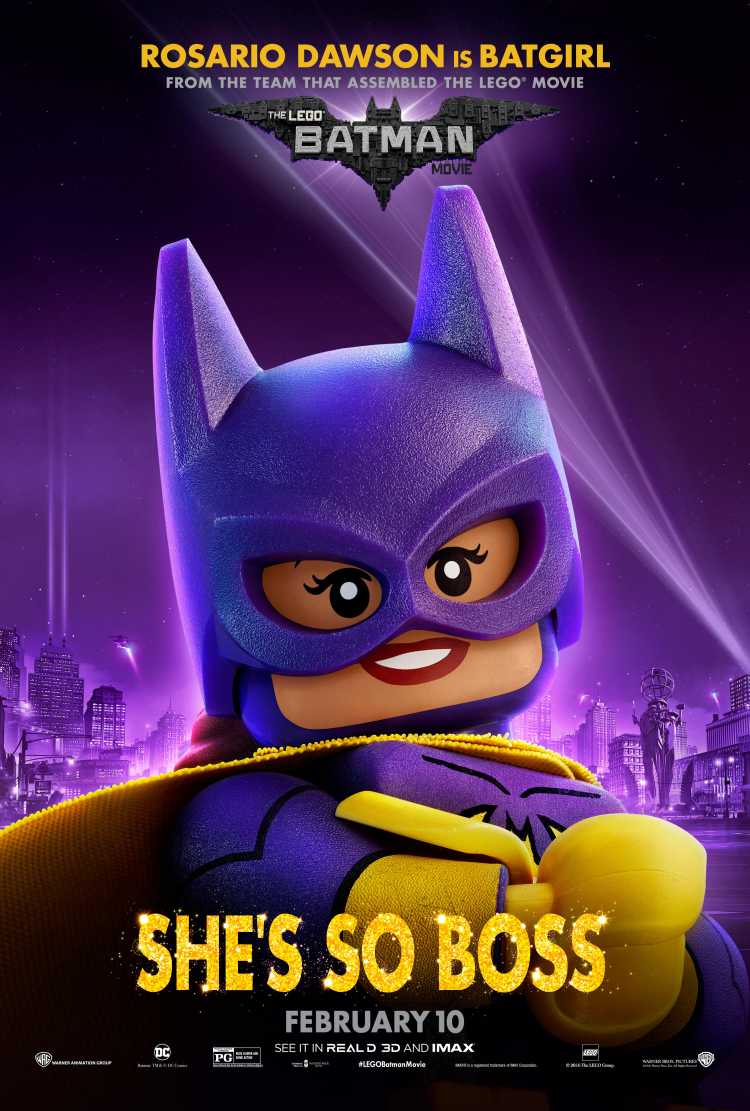 At the press day for LEGO Batman: The Movie, star Rosario Dawson shared with a select group  her excitement to voice Barbara Gordon/Batgirl in the film. “I grew up with Batman.  My uncle’s a comic book artist.  My mom is six foot tall, so she was always Wonder Woman.  Her theme song was Brick House. So, I grew up with these really major characters that I loved so much.  You had Eartha Kitt as Catwoman, and it was just so amazing and theatrical and powerful.  I just loved it, it was always something I was a fan of.”

Dawson shared with us that she finally saw the whole movie last Saturday during the premiere (we were there too) and was looking forward to having her opportunity be a role model for children growing up. “There is something so remarkable about her character” she explained.  “Barbara grew up as Commissioner Gordon’s daughter who had this remarkable relationship with this incredible figure, Batman and the two worlds, bringing it together when crime is really rampant and insane.  She’s an amalgam of that and her own spirit. She’s not like trying to be Batman, and she’s not trying to be her father Commissioner Gordon.  She’s trying to be the best version of herself and it’s beautiful to see what her contribution is.” 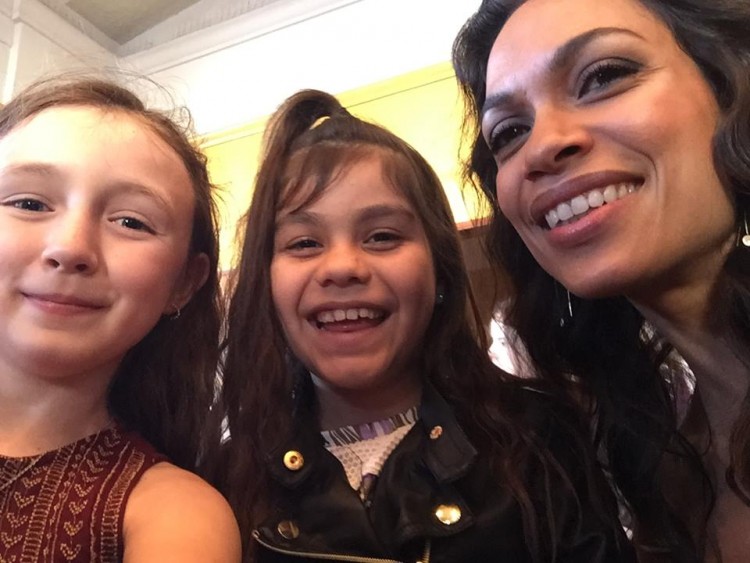 We got to meet Rosario at the premiere! Pow! Girl Power.

For Dawson, it’s important that the film has given her character importance as being a part of Batman’s family which includes Alfred and Robin. Dawson states, “As Batgirl, she adds so much to the group dynamic in ways the guys might not. She chalks it up to her girl power. She’s someone who knows her purpose.  And you can see she’s confident because she put that work in, and she knows what she’s contributing, and that’s why she’s able to fight for it.  Even when there’s doubters around her, she’s like, “NO!”. And she’s able to really push to add that because she’s already Commissioner Gordon, she’s already Batgirl.  She’s already got that spirit of Batgirl.  That should be enough.  But, she pushes it even further, and that’s really amazing.”

Proud of how Batgirl turned out, Dawson reaffirmed her wishes for the character’s impact. “She knows what she wants, she knows what she’s capable of and what she’s willing to do to get what she wants. I hope that other people see that because that’s where confidence should really come about- not other people complementing you or like you getting a lot of likes on your post or something. It’s about the work that you put in for the things that you care about and having that have an actual effect in the world and then seeing what that ripple effect is.  That should be where you get your confidence from.”

So in LEGO Batman: The Movie you definitely see Batgirl in action taking on crime and work as a role model in ways  we don’t get enough of. Dawson enthusiastically lauded, “She’s an inspirational speaker and really incredible woman who’s just coming up with these incredible points and all those kind of things that we could all go by. But she’s also super badass! She’s also got the position of power to do it, and she’s also even willing to go beyond that into this other space. It’s beautiful to see someone so dedicated to their vision who really believes it and walks that walk and to just sort of see that. That’s a really encouraging thing, and I think we need to see more characters like that.” 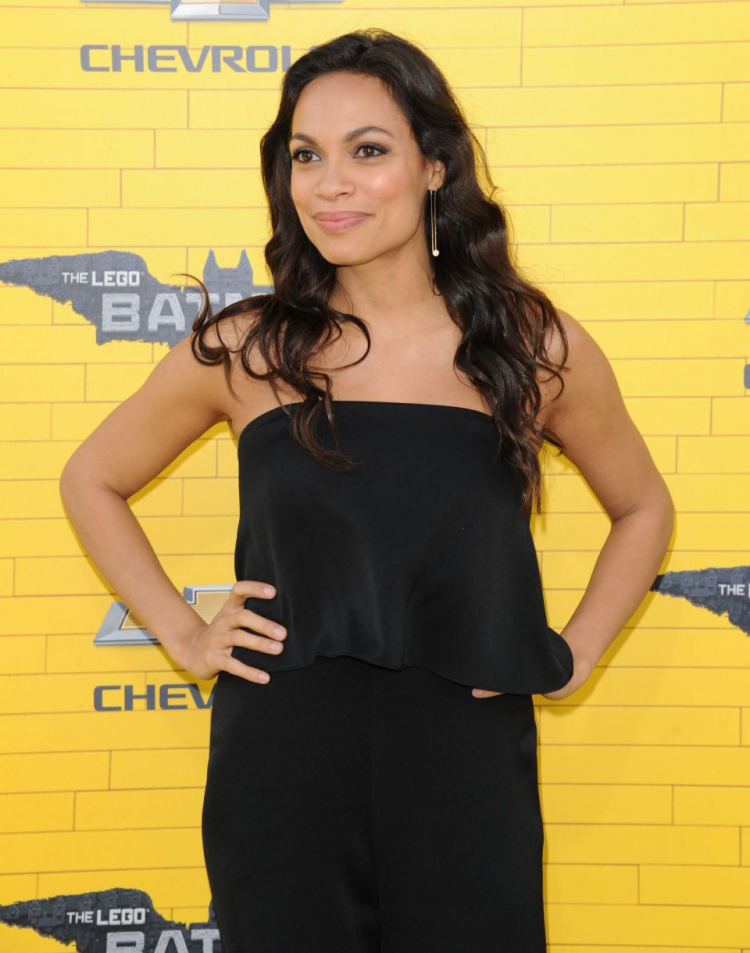 * We were invited to attend the junket by Warner Bros Pictures