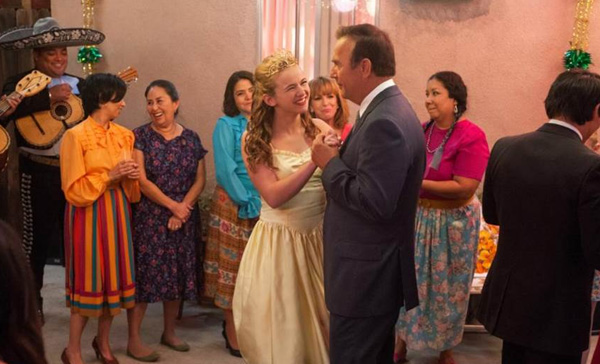 I was skeptical walking into McFarland USA – the film is about a sport (cross country) that I know nothing. I didn’t know who Coach Jim White was or where McFarland was for that matter. It didn’t take long for me to realize that this was a powerful story about real people and family.

Kevin Costner does an outstanding job playing Coach Jim White, a father to two girls (in real life White has 3 daughters) and husband. He builds a cross country team with seven McFarland High School students. Little did they know that they were embarking on a life-changing journey – from farm workers to champion-winning runners. Crossing the finish line must have been a monumental achievement for each team member. The moment I felt the most inspired was when the families and community united behind the boys. The backbone to McFarland, USA is family.

Initially, Jim White’s family struggles to adjust to their new city. He is concerned for his families safety, and makes some racially stereotypical assumptions. Eventually by losing those judgements, he accepts and loves the community, Hispanic culture and traditions. In the movie, Jim White struggles with his daughter’s coming of age. There is a beautiful and pivotal scene where he plans a Quinceañera – a Hispanic tradition celebrating a girl’s 15th birthday. It was heartwarming to watch a dad slowly, lovingly and symbolically letting go of his baby girl.

Another strong family bond is that of the parents working effortlessly in the fields alongside their children. These farmers are the key to our food which I think many Americans take for granted. There is a scene where Kevin Costner spends a day in the fields, and the backbreaking work was more than he could handle. I know I couldn’t do that work. I’m sure the parents there want a different life for there children. The parents of these boys were hesitant to let the boys run,
but couldn’t deny them the opportunity for a life beyond the fields. 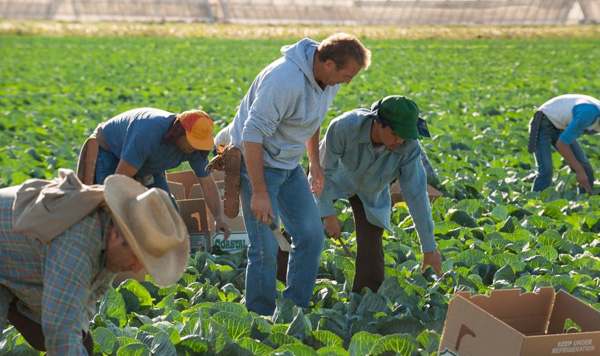 The team proves that a family is more than just blood relations. Being a part of a team isn’t about the individual. It’s about working together as a unit – experiencing disappointments, as well as sweet successes together. The team members inspired each other, respected and helped each other. I commend the young actors who played the Cougars. They participated in vigorous training to prepare for their roles, and several of the boys had to prepare theatrically since this was their very first acting role.

True stories are meant to move us and change our thinking, I think that if these missions are achieved then the film creators did their jobs well. Honestly? loved this movie. It had everything – touching moments, funny scenes, superb acting, especially from the newcomers. McFarland USA oozes with inspiration. I also have a great newfound respect for cross country runners. I feel this movie is perfect for the entire family, you will be rooting for the underdog throughout!

McFarland is still producing star athletes and have been eternally changed by the White family and the Cougars. To this day, many of the those portrayed in the film continue to live and give back to the McFarland community. 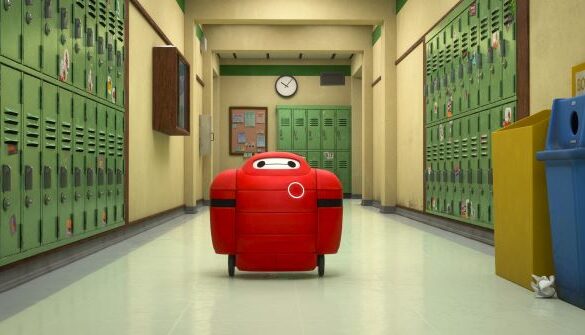