I was overjoyed when I heard PBS was releasing a new DVD, featuring episodes from the iconic Reading Rainbow series. IF YOU GIVE A MOUSE A COOKIE, hosted by actor/director LeVar Burton (Roots, Star Trek: The Next Generation), showcases four original episodes and books; “If You Give a Mouse a Cookie,” read by Beth Howland, “Owen,” read by Matthew Broderick, “Two Old Potatoes and Me,” read by Jordan Puryear, and “Mr. George Baker,” read by Wayne Brady. Burton hosted the show its entire 26-year run from 1983-2009, where Reading Rainbow influenced a love of literature.

Like most Reading Rainbow episodes, Burton introduces you to an activity that closely relates to the book. Episode #1, If You Give a Mouse a Cookie, with celebrity reader Beth Howland explores the story of what happens when a boy gives a mouse a piece of cookie. This episode discusses cause and effect with Burton visiting a bowling alley. Here, you learn how bowling balls are created. There’s a cool domino art display.

I found Episode #2, Owen, both nostalgic and thought-provoking. It features Tony-award winning reader: Matthew Broderick. Burton reflects on his own “boyhood,” while Broderick reads about a little mouse extremely attached to his security blanket. An insightful self-examination ensues as Burton takes a look at his behavior. A “younger LeVar” responds to releasing his security blanket, as well as, welcoming the birth of his younger sister, Valencia after first experiencing slight sibling rivalry/angst. I’m certain both of these captivating memories will resonate with countless families.

Episode #3, Two Old Potatoes and Me, is a wondrous briefing on the importance of recycling. Celebrity reader Jordan Puryear reads about how a girl and her father grow new crops of potatoes by replanting the old sprouts. Inspired by the book, Burton and his daughter are in the kitchen perusing through a recipe book for potato dishes. During this episode, you’ll also discover interesting recycled items made from corn (i.e. purses, earrings and paper) and aluminum products. Various

The most stirring of all was Episode #4, Mr. George Baker, featuring award-winning actor/comic/host Wayne Brady as reader. This heartwarming narrative follows a nearly 100-year-old man who returns to school. In his quest to learn to read, the geriatric man and his elementary school-age neighbor wait daily for the bus. “You’re never too old to learn to read,” Burton once said to me when I met him on the set of Reading Rainbow. The book, as well as, this episode demonstrates how older generations continue to learn and thrive. A ladies geriatric dance troupe, “The Steppers,” ages 59-88, is showcased. We learn how “The Steppers” formed, bonded and grew to love one another. Then 83, the choreographer and former school principal, Barbara Taylor says in the episode, “I’m a great-grandmother and I want my children to know that as long as we learn, we can develop and grow.”

My younger sister, Rosilynn, was a weekly Reading Rainbow viewer and introduced me to the beloved series when it premiered in 1983. The wise kindergartner loved books and knew the theme song by heart. I’d chuckle hearing Rosilynn sing, “Butterfly in the sky, I can go twice as high,” which was the beginning verse. The theme song was dynamically sung by multi-GRAMMY winning artist, Chaka Khan. I met her years later and inquired about her contributing to the Reading Rainbow project. Khan said, “I did it for two reasons. Number one because I love reading. I knew this was going to be a great show. I also agreed because LeVar and I are friends,” Khan said warmly. The singer-songwriter said she felt honored and is continually approached by fans of the show.

Eventually, I introduced Reading Rainbow to my three children. They became instant fans. What’s not to love? More importantly, on three separate occasions, I had the privilege of meeting Burton on the set of Reading Rainbow! Each time we met, he was welcoming, personable, and treated me like a longtime friend. He truly has a passion for reading, and promotes literacy. Why? “My mom’s a teacher,” he said. During our last conversation in 2006, Burton remained steadfast in his determination to create a digital generation of children. “Growing up with parents that are teachers, you not only learn to read and do well in school. But, many times, you develop a desire to help others also become literate despite their age,” Burton said. Thanks to Reading Rainbow, not only children but adults have been encouraged to read.

Reading Rainbow has won more than 200 awards, including 26 Emmys and a Peabody Award. In 2011, Burton and his business, Mark Wolfe, formed RRKidz, which is designed to bring to the next generation of kids innovative reading and enrichment experiences through digitization. The collaborative partnership also holds rights to the Reading Rainbow classic television series and brand through a partnership with series creator WNED/Buffalo. I highly recommend you purchase this DVD! 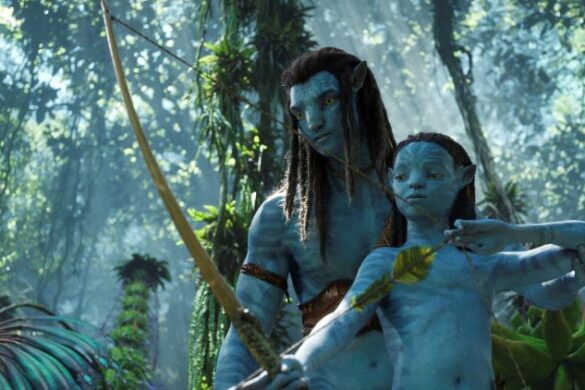 Growing up pbs was the only channel we had, and I was an only child for a long time. Reading rainbow, mister rogers and seasame street were my friends, I truly felt a part of their family when they came on. Even as an adult my heart skips an excited beat when old episodes come on and I hear the theme songs, as if old friends have appeared. I’d live to share the positive shows like reading rainbow with my kids as well.

I have not watched the show before but it promotes reading so I love it for that.

My daughter loved this show when she was little. I’m so glad it’s back. I think it helps promote reading and getting kids to like reading.
Thank you!

I love this show because it is educational for children. Thanks for the giveaway. I hope that I win.

I was such a huge fan, I love books and want to share this with my children so they also love books

I love that it promotes reading and gets children interested in books and reading! I also love that it’s educational!

I used to love reading rainbow!! I can’t wait to show it to my son!

This was one of my favorite shows especially since PBS was one of the few channels we were able to receive on our TV! I’d love to pass it on to my dd!

I did not know about Reading Rainbow until I read your review. What I would like to do is watch it with my 2 granddaughters. It sounds like it would inspire their creative side while they are being entertained.

I loved Reading Rainbow as a child. I would love to introduce it to my children.

Reading Rainbow was on when I was a little girl and it was one of a handful of shows that I always looks forward to watching. It really fostered an intense love of reading for my sister and I. I enjoyed hearing other kids talk about their favorite books. I remember watching Star Trek with my uncle and saying, “Hey, that is LeVar from Reading Rainbow!”.