2018’s Halloween ended with Laurie Strode leaving the crazed killer Michael Myers in a fiery inferno. But their story is not over not by a long shot. A brand new trailer for Halloween Kills teases how Myers could survive his ordeal, leaving the surviving members of the Strode family to find another way to bring down the slasher, once and for all. 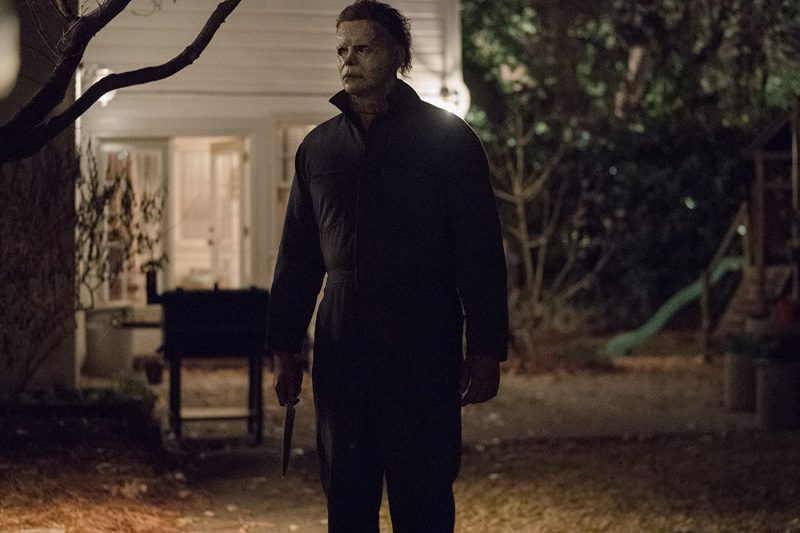 Unfortunately, due to the current pandemic, the film has been pushed, from its original 2020 release to October 15, 2021.

Here’s what Halloween creator John Carpenter had to say about the new release date in light of what’s going on now:

I know you all have been looking forward to an update on the status of “Halloween Kills”. Here it is: pic.twitter.com/EWivyipYgR

Here’s the letter for those who cannot read the embed.

“We write this to you heartbroken over the fact that the delay of our film is even a discussion, but if there’s one thing that a career in the film industry has prepared us for, it is the unexpected. Over the past few weeks, our film family has looked at the forecast of theatrical exhibition with obvious concern. We have discussed and struggled with how best to present “Halloween Kills” to the loyal fans around the world, as well as the new audience we hope to invite to this experience.

It was a wild and vibrant production. We lined up a cast of legacy characters like Laurie and Tommy, Lindsey, Lonnie, Marion, Brackett and The Shape, then alongside some new faces, we aggressively made the second chapter of our “Halloween” trilogy. It unfolded into an experience that was a creative playground and we feel confident that our misfit pleasures will be seen as an unexpected entry into this franchise.

If we release it in October of this year as planned, we have to face the reality that the film would be consumed in a compromised theatrical experience. After weighing our options, we have chosen to push the film’s theatrical release by one year.

On top of a traditional release, Universal has agreed to an IMAX presentation of the film in October 2021. We are sound mixing with one of the greatest design teams that can slash, scream and creep their way under your skin. We’re going to have time to complete the film with the quality that fans deserve. And preparation on “Halloween Ends” has begun as well.

It is an honor to be working with these characters and spending time in Haddonfield. We look forward to sharing our next chapters with you.”

As for the teaser trailer, it lives up to its name. We see the surviving members of the Strode family on a truck bed that is driving away from the matriarch’s home, which is currently burning. But as they are driving away, they hear fire truck sirens. Soon they realize that the trucks are heading towards the fire, to the shock of the family. A distraught Laurie then screams, “Let it burn!” This was not meant to happen. And it is the perfect set up as to the tone and themes of what we will see in Halloween Kills.

Directed by David Gordon Green, who co-writes the script with Scott Teems & Danny McBride, based on characters created by John Carpenter and Debra Hill, Halloween Kills open in theaters on October 15, 2021.