The longevity of the Power Rangers is incredible. For the better part of 24 years, the franchise has been a part of television for most people. It has survived constant changes to themes and casts, and yet, has maintained its large fanbase. And despite the two lackluster films of the 90s, the property is getting a new gritty take from director Dean Israelite and writer John Gatins.

Power Rangers will take us back to the original show that debuted in the U.S. in 1993, where a group of teenagers is recruited by Zordon to fight Rita Replusa’s evil alien forces. The reboot doesn’t stray too far away from the original or its campiness, but is surprisingly a lot of fun to watch as audiences sees a familiar (but new) cast that not only bonds together but is a reflection of what society is today.

There’s no doubt that one of Power Rangers’ claim to fame is its campiness. The cheesy effects, the silly fight scenes, and the low budget Power Ranger suits aka just color-coded spandex. However, to not acknowledge that would be a disservice to the mythology. So Elizabeth Banks, who plays Rita Replusa, knew she had to channel some of that cheesy and campiness into her character. She’s larger than life, insane, and has this great energy,” said Banks. “I wanted to preserve some of that energy.” The actor felt that it was important to keep that villainy intact because “she didn’t care about them [the Power Rangers.]”

As for the suits, well, they are slightly modified to reflect the big budget that a theatrical film would get. Banks said she would spend four hours in the makeup chair, often times falling asleep. But when she awoke, she said like a totally different person. “I never feel like the character until I am in their boots and carrying their staff,” said Banks

Though Power Rangers takes place in a fictional city and has cheesy sci-fi elements, the characters have very humanistic qualities making it that much easier for the audience to relate to. For RJ Cyler, playing the role of Billy Cranston, the Blue Ranger, helped rekindle his friendship and have a better understanding of people who are on the spectrum. For those that don’t know, it is a term that is used to describe someone who has been diagnosed with Autism.  “It was exciting to be able to play a character that was on the spectrum,” said Cyler “Because it challenged me to learn about something that I had no idea about.”

Actress Becky G agreed. She’s glad that there is a character in the film who is on the spectrum because it gives her brother, who is autistic, someone to look up to. “Knowing that he’s going to watch this movie and be like, ‘That’s me!,’ and that he can identify himself with that character, it’s all we can ask for as people to share a positive message like that.”

4 – What Does My Reflection Show

Becky G’s Trini would be the first openly gay superhero in a major blockbuster movie. And like most ensemble superhero films, there is a sense of diversity that is a reflection of today. But outside of the importance of diversity, the film is also focused on sending the message that it is okay to be you. “It’s going to have a positive impact on audience members who are still trying to figure out their identity,” says Becky G.

The actress mentioned that she wants to be “aware” of the messages that she is taking on and that the colors of the character’s skin and where they come from are different but it isn’t mentioned because it doesn’t matter. “We are all equal, and I think that is amazing,” she said.

The one common thing about the rangers is that there are at least five young heroes who are given extraordinary powers to defend the Earth against an all-powerful evil bent on destroying the planet. Though the show has changed, as well as the powers, cast, and themes, the basis of the show as consistently stayed the same. Still, it seems that the new rangers made a conscious effort not to look back so that it wouldn’t affect their performance.

“I made the conscious decision not to revisit those things just because I wanted to take that impression that it first made on me, and how it inspired and stuck with me, and build off of that,” said Becky G. “Although these names may sound familiar, you are meeting them for the very first time. It’s taking place in 2017, with relevant and current issues to now, which is what a lot of kids can identify with and some how to relate to.”

Naomi Scott, who plays Kimberly Hart, the Pink Ranger, agreed. For it was figuring out who Kimberly was. “These kids aren’t perfect and are going through things,” said Scott. “That’s how I view it. I just want to do the character justice. It’s about how she learns from that mistake.”

Ludi Lin, who plays Zach, the Black Ranger, dropped some heavy Power Rangers trivia during the press conference revealing that the Yellow Ranger from the original Japanese version of the Power Rangers was actually a man.  But as a kid who grew up with the show, Lin said he saw the film as “An origins story.” He said “For the TV series, I found that people had a lot of time to grow to love these characters through each episode,” said Lin. “But within this movie, you really have to dig deep to make them fall in love and relate to the characters, in this movie.”

2 – Training To Be A Ranger

Of course with an action-packed film like this, there are bound to be plenty of stunts and physical training. Cyler said they received training in their respective spaces and the ability to respect distances. But there was a huge emphasis on safety. You want to keep everybody safe, without bloody noses,” said Cyler. “They made us feel safe while we were doing our stunts, even though harnesses are one of the most uncomfortable things to wear.”

Scott said she and Becky G trained before they started shooting in Vancouver. But the purpose of the training was for stamina. It had to do more with having the stamina to get through the shoot and to be strong. I don’t think it was necessarily an aesthetic thing,” said Scott.

While Becky G and Cyler have expressed their genuine excitement in playing challenging characters, the overall message of the film was simplified by Lin, who says the biggest takeaway from the film is that “It’s okay to be yourself.” He added, “Your imperfections are the things that make you unique and the things that make you stand out. As long as you find people around you that are good, that accept you for your imperfections, accepts you for yourself, then you can get together and do something better.” 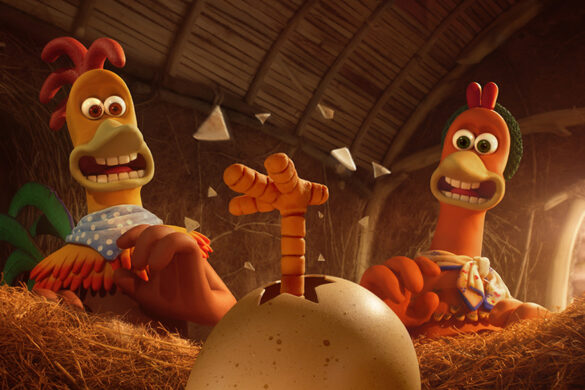