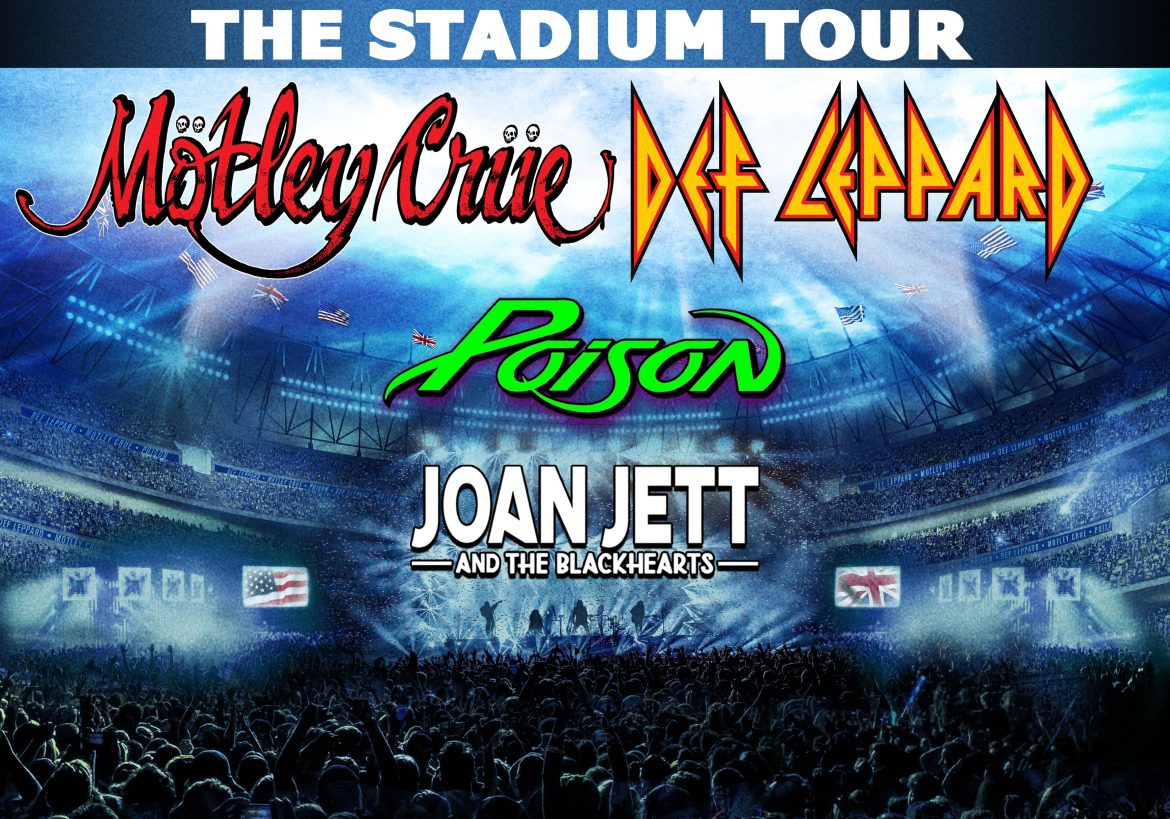 The Stadium Tour will have fans of Motley Crue singing Home Sweet Home again and fans of Def Leppard experiencing a Rock of Ages.

Motley Crue and Def Leppard, with Poison and Joan Jett and the Blackhearts, are set to tour the United States in the  summer of 2020. The Stadium Tour starts in Miami on June 7 and will hit 22 stadiums across the country, ending at the new SoFi Stadium in Los Angeles on Sept. 5.

The Stadium Tour, produced by Live Nation, was announced at Sirius XM’s Hollywood Studios on Volume Channel 106 on Dec. 4.

Motley Crue saw a rise in popularity after the Netflix biopic “The Dirt” came out in March 2019. According to a release from Live Nation, the band saw a 350% increase in streams of Motley’s Crue’s music across a variety of platforms and the 18-44 demographic makes up 64% of the band’s fanbase. Motley Crue is also celebrating the 30th anniversary of their seven-time platinum-selling album “Dr. Feelgood” this year.

Poison, with all its original band members, Bret Michaels, C.C. DeVille, Bobby Dall and Rikki Rockett, join the tour. On the same day — Dec. 13 —  tickets go on sale for The Stadium Tour, Michaels will receive a Humanitarian of the Year award during the Hollywood Christmas Parade in a televised presentation on the CW network.

Joan Jett and the Blackhearts, Rock & Roll Hall of Fame members, have toured with The Who, Green Day and Foo Fighters in stadium shows in recent years. The story of Jett’s music career was captured in a 2018 documentary called “Bad Reputation,” which is available on Hulu.

Tickets go on sale Dec.13 at LiveNation.com. Citi cardholders can purchase presale tickets Dec. 10 at noon to Dec,12 at 10 p.m. through citientertainment.com.