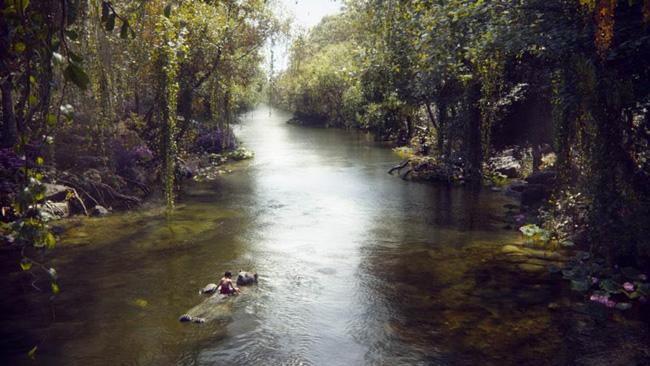 Today Disney released the first trailer for their brand new live-action The Jungle Book movie, coming to theaters April 15th, 2016. The film is inspired by the 1967 animated Disney classic, which is an adaptation of Rudyard Kipling’s original children’s book, but utilizing modern CGI. This semi live-action film is directed by Jon Favreau of Iron Man fame and is setting up to be a wild ride for everyone. 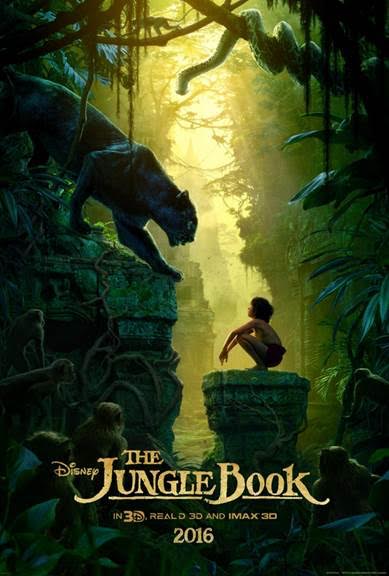 The trailer takes you into a lush world of adventure that looks simply gorgeous. The silky voice of Scarlett Johansson beckons you deeper into the misty canopies and past sparkling river gorges, cliffs, and caves, until you find yourself inches from the chilling hypnotic gaze of the serpent Kaa. The tone lightens in the final moments, a hint of the familiar tune “Bear Necessities” is whistled on the wind as Mowgli and Baloo float leisurely down a stream. Every moment of this trailer is a treat for fans.

It’s hard to believe that little Mowgli (played by Neel Sethi) is the sole character to be represented physically on screen in flesh and blood. The rest of the all star cast, which includes Bill Murray as the voice of Baloo, Idris Elba as Shere Khan, Ben Kingsley as Bagheera, Lupita Nyong’o as Raksha, and Christopher Walken as King Louie all lend their voice to gracefully animated creatures. The scenes with the animals look vivid and beautiful, the textures come alive, and there’s a true sense of wonder and danger. The technology is finally here to bring the rich world of The Jungle Book to life in a way we could have only imagined before.

Whatever age and whatever form fans may have originally come to love this tale, this is an opportunity to look forward to coming together to get to delight in it all over again. 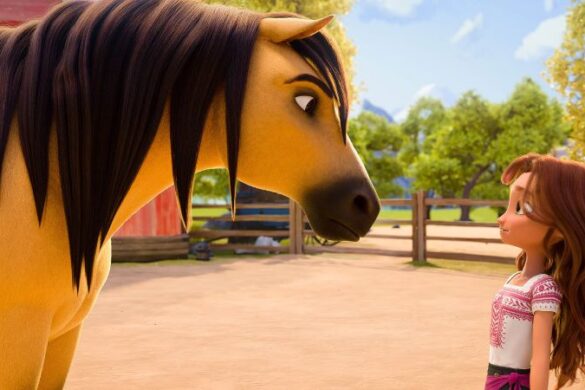 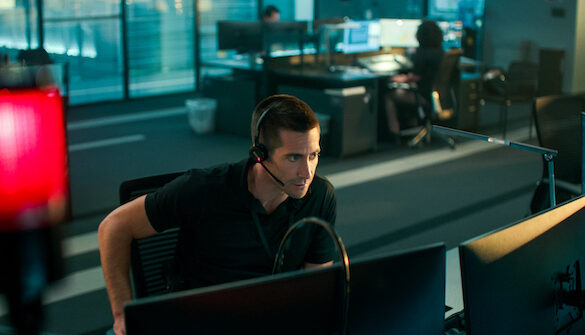 This is definitely going on my must-see movies list! Too bad I have to wait until April 2016. I have always loved this tale by Rudyard Kipling. I gave my 2 granddaughters (sisters) the book to read first and then they watched Disney’s Diamond Edition of it on a recent car trip. They loved it. Thanks for the trailer!