Alanna Ubach has plenty to be excited about besides being one of the lead voices in Disney-Pixar’s Coco. As a new mother, she could never have imagined experiencing a love like this or being this exhausted. To her, it’s unreal. As Mama Imelda, Ubach brings a real-world experience to the role because that she is both a mother and Mexican.

Thatsitla had a chance to sit down with the Girlfriend’s Guide To Divorce star to talk about what she brought to the film, which family members she channeled to voice her character, and some of the music she listened to while she was growing up.

Coco honors a culture, that has been recently demonized by ignorance, by using themes of family and music to bring its audiences together. Not only does it use those familiar themes that everyone can relate to, but Pixar’s latest also uses an all-Latino cast, which gives it a true representation of the film that is on screen. It’s why she was so drawn to the role in the first place. “It’s my culture. It’s my blood. It’s my soul. And my heart,” Ubach said. “I am most proud of this production.”

Being a part of such a production that honors and respects her cultural heritage was a very big thing to her. “I carried my heart and soul on my sleeve and that badge of honor,” Ubach replied when asked what she brought to the role.

The actress had a lot of cultural experiences she could look back on to help shape her character, and even channeled all of her great aunts to become Mama Imelda. One aunt in particular, her Tia Flora, she describes as fashionable because she was always in heels. Even in death, the actress said her great aunt was a glamour corpse. “She was so funny and her accent was so thick and she had such a husky voice and I loved to imitate her,” Ubach said. “It would make my mom and dad laugh all the time.” 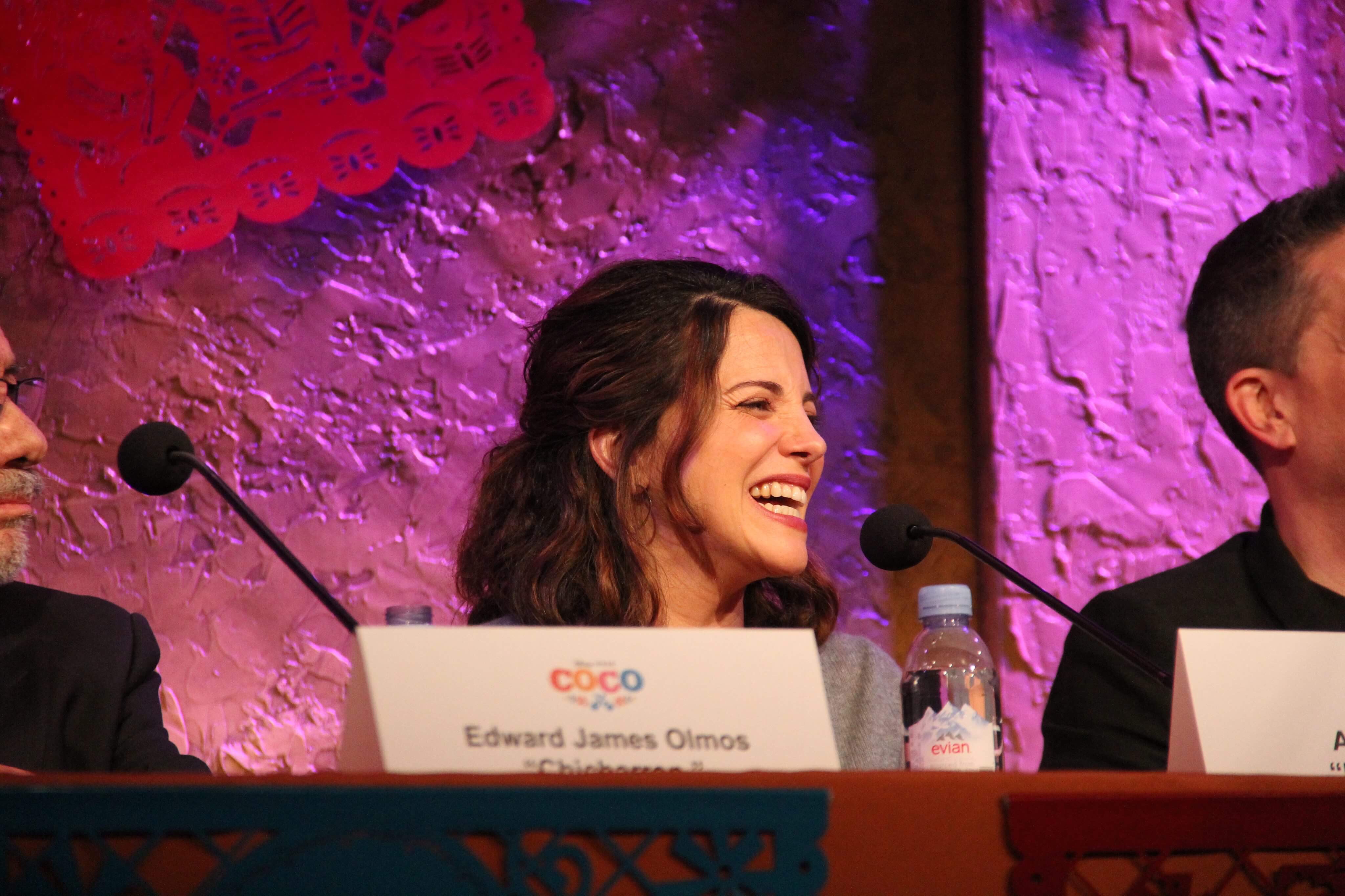 Coco’s beautiful message of family togetherness is something that should resonate with its audience, but it also reminds us that everyone has something that they are truly passionate about and that they should never to forget who they are. “All people of all walks of life should be reminded that we are all one people,” Ubach said. “Whether you are Mexican, Argentinian, Jewish, Asian. We are all about family. We are all about passion and never denying who you are.”

She added, “I keep saying this but again this is something, it’s very important because our culture has been somewhat challenged lately in this political climate that we’re in right now everyone must remember that no presidents or borders can ever break the bond of the la familia. That is the one quality that all Latin’s have across the border.” 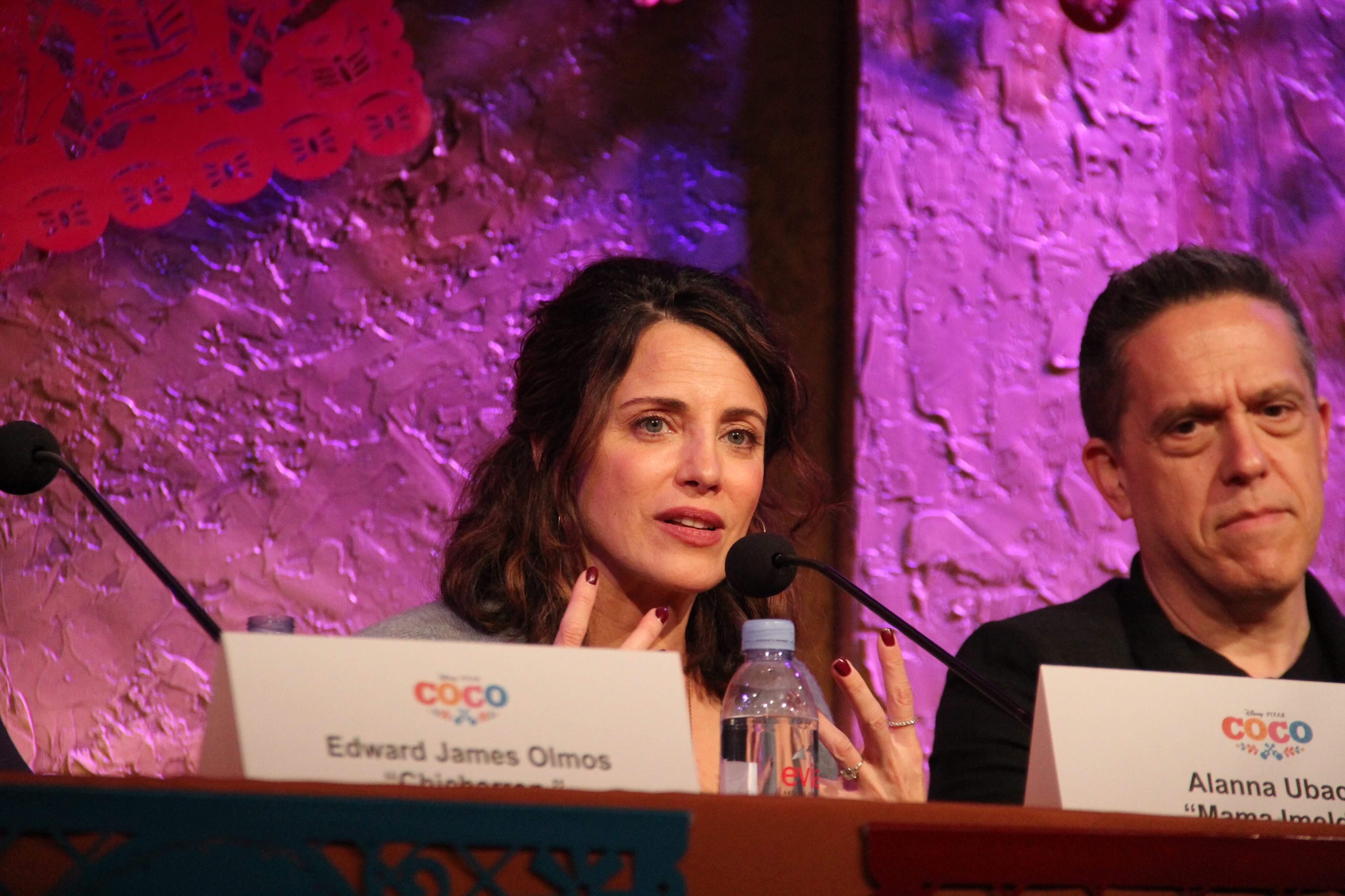 As a singer, Ubach lent her voice to the emotionally swelling “La Llarona”. It’s a beautiful song that’s about a woman who cries at night over the loss of her child. The song has a profound connection to her, as it was the song that her mother would sing to hear when she was little. And though it may be of Mexican heritage, much of the “Mexican folkloric music was based on the Oom-Pah Pa music of the Germans.” She said her mother told her how “there was a huge German population that moved to Mexico back in the turn of 21st century.” She described the migration as the wild wild west. “There’s definitely a European influence in Mexico there that a lot of people don’t know about,” Ubach said.

Since Coco takes place during Dia De Los Muertos, or Day of the Dead when translated into English, the film introduces a cultural holiday that some people may not be familiar with. On that day, Mexicans honor their family members that have passed on by putting photos of them on the ofrenda (an altar of sorts). However, it is a day that Ubach didn’t celebrate as much as she would have liked considering that her mother embraced the American culture when she moved to the country at the young age of three. But now that she learned about the holiday while working on the movie, she is proud to be bringing something to her own family. “It was really interesting to learn about Dia de Los Muertos during the making of the movie,” Ubach said. Now I’m knowledgeable of it and I can introduce it to my son.”

Coco is out in theaters now.