It’s that dreaded time of year for so many kids (and teachers!) – back to school. Why not start a new tradition with your family and kick off the school year with a back-to-school movie night to introduce, or reintroduce your kids to some of your favorite movies. Sit back, and grab the popcorn, it’s time for lights, camera, action! 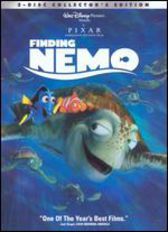 One of Disney’s most loved movies jumps right into how hard it is for parents to let their kids go on the first day of school.

Marlin isn’t much different from any other parent. He loves his son and doesn’t want anything to happen to him while they’re apart. Nemo on the other hand, is ready for adventure, being sheltered by his dad for his entire life. All it takes is one dare to touch a “butt,” and Nemo is headed to a fish tank at 42 Wallaby Way, Sydney, the next birthday present for P. Sherman’s dreaded niece, Darla. Now, it’s Marlin to the rescue! With the help of the ever-forgetful Dory, a hundred fifty year old turtle named Crush, Nigel, a trustworthy pelican,  and so many other fish in the sea, they learn to work together to find Nemo. 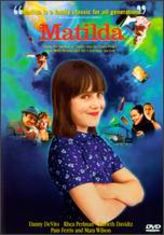 This is one of my absolute favorite movies in the world! Not just because the cast fits that roles so perfectly, but because there’s something so special about this little girl.

Matilda is based on the novel Roald Dahl, who is best known for introducing us to Charlie and the Chocolate Factory, and James and the Giant Peach. Despite her extreme smarts, and super cute demeanor, she’s stuck with a pair of horrible parents who could care less about anything important to her – mainly, books! When the day finally arrives, and Matilda finally gets to go to school, she has the good forturne to meet Miss Honey, the sweetest teacher in the world! Unfortunately, they’re both up against Ms. Trunchbull, who could quite possibly, be the meanest principal that you’ll ever encounter. It’s her horrible experiences with her parents, and Ms. Trunchbull that unleash her secret telekinetic powers. Fortunately, it’s a battle of good vs. evil, and good prevails, with an extra special happily ever after!

Harry Potter and the Sorcerer’s Stone 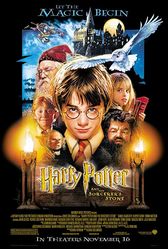 I am truly wild about Harry! I love the friendships, the strength of the characters, their willingness to try anything in the face of adversity, and their passion for all things that are good and right.

J.K. Rowling took the Kid-Lit world by storm with Harry Potter hit the pages of his first book. The story was transformed into the outrageous cinematic adventures of a misfit orphaned boy, who suddenly comes to learn that he’s an actual wizard, winds up at Hogwarts School for Witchcraft and Wizardy, and has more action and adventure than you would believe. Flying on brooms, magical potions, and attacks by the followers of He Who Shall Not Be Named are just some of the amazing twists and turns that are sure to turn your night with Harry in to a seven movie marathon! 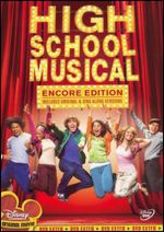 Get ready to sing your hearts out with this charming movie that my kids still know all the words to!

Some things are just meant to be, and this is exactly how Troy Bolton (Zac Efron) and Gabriella Montez (Vanessa Hudgens), end up together. From a random meeting while singing karaoke on New Year’s Eve, to an even more random meeting at school, this movie has a great story line, and so much singing, you can help but join in. Troy goes from total jock to theater charmer, and Gabriella is the new girl with the great voice, much to the dismay of Sharpay Evens (Ashley Tisdale), and her twin brother, Ryan.  In this tale of brawn and brains, it’s great to see supportive parents who finally come to the realization that there’s more to life than basketball and books. 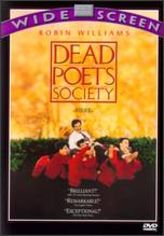 There is nothing more important to the success of a student, than to have at least one outstanding teacher in his or her life. Dead Poets Society has that teacher, Mr. Keating, played by Robin Williams, and the connection that he had on his students is one that every teacher strives to attain.

Mr. Keating is far from the tradition, and conventional teacher, who is supposed to lead the English class at Welton Prep, a fictional, but realistic New England boys school. He whistles, stands on the top of desks, recites poems from memory, dares his students to refer to him as “Oh Captain, by Captain,” kicks soccer balls around, and introduces a group of students, who have been entrusted to him, with the Dead Poets Society. He empowers his students in a way that has such an impact, that he truly changes each one of them. And when an ultimate tragedy strikes this small school, it is Mr. Keating who takes the fall. The students, shaken to their core, have one final moment of retribution, when their captain returns and they confess their role in his dismissal. But, their response to him, “Oh Captain, My Captain,” lets him know that he has truly made a difference in their lives. 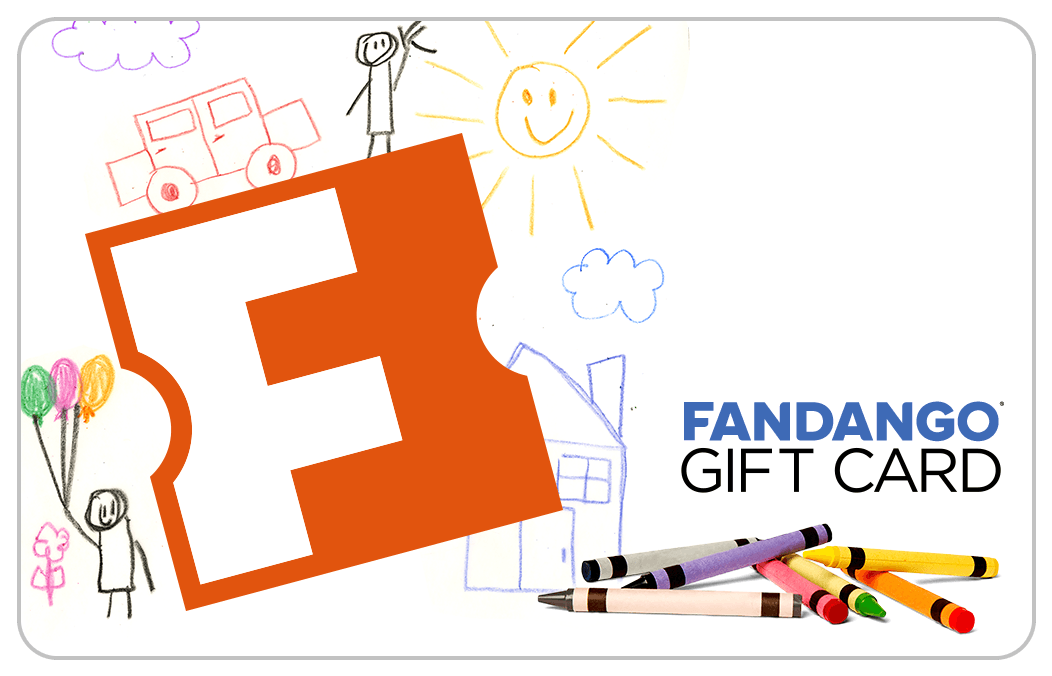 * Winner will be chosen using Giveaway Tools from all valid entries and notified via email. Winner will have 48 hours to contact us before another winner is chosen. Giveaway is open to U.S. (18+) residents only and will be fulfilled by Fandango. 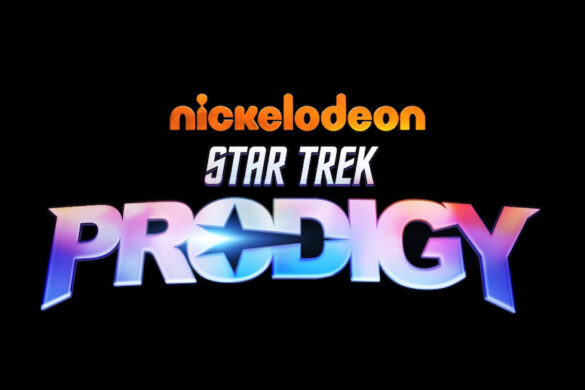 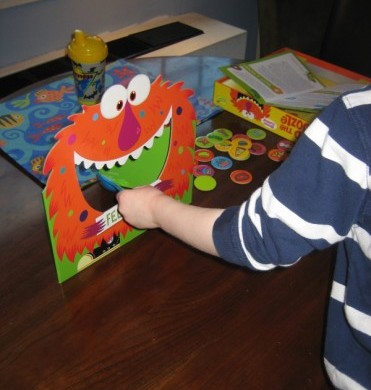 My favorite back-to-school movie is The Little Mermaid. It puts big smiles on my 2 granddaughters’ faces with the fantastic songs and story. We love all the Disney movies at our house. 🙂

What is your favorite back-to-school movie to watch with your family? It would have to be finding nemo!! My girls just love that movie and so do i, it shows them that no matter what mamma will always be there for them!

My favorite back to school movie is Monsters University.

I would have to say “freaky friday” for sure

My family’s favorite back to school movie is Kindergarten cop with arnold schwarzenegger.

My favorite back to school movie is Ferris Bueller’s Day Off!

We love watching School of Rock.

Grease would be my favorite back-to-school movie.

School of Rock is always good!

The current favorite right now is Diary of a Wimpy Kid

We love to watch the Horrid Henry movie together.

My favorite back-to-school movie to watch with my family is Despicable Me.

We love anything Disney!

We recently caught the Minions

We like to watch the Indiana Jones series. Thanks!

Our family loves the first two Harry Potter movies! All of them really, but especially the first 2.

We watched Monsters University this year since its “school” related!

Only one of the best school movies ever…Ferris Bueller’s Day Off.

We don’t really have a back to school movie but we enjoy watching Disney movies like Frozen or Tangled. Thank you!

We really don’t have a back to school movie. Right now my son is really into all of the Toy Story movies.

We all love to watch the Minions movies, they are just so cute

My all-time favorite is the original Freaky Friday.

Grease. The original and the not so great sequel. Lol.

We have a tradition of watching all of the Harry Potter movies the weekend before school starts!

GREASE is my favorite back to school movie.

I like The Karate Kid for a back to school movie.

The Bring It On movies!

Fun movie is Mary Poppins.
Thanks for the contest.

We watched ET the Extraterrestrial the night before school started

Monster’s University is a fun one for us!

We like to watch the Diary of a Wimpy kid movies!

My favorite back to school movie is Grease. I remember when it was in theaters….I saw it several times!

I’d have to say grease

We like to watch Harry Potter and the Sorcerer Stone.

I’ve never really thought of watching a movie for back to school. I guess it would be the Back to the Future series.

Diary of a wimpy kid.

I don’t know why, but we always watch Uncle Buck and What About Bob? before school starts. I think it’s just familiar and fun because it really has nothing to do with back to school. Thanks for the opportunity to win!

Disney;s Frozen is a a great one.

My favorite back to school family movie to watch is Monsters Inc.

My favorite back-to-school movie is Clueless

Matilda is our favorite back to school movie!

My kids and I love to watch Monsters University.

Dead Poets Society is one that comes to mind.

My favorite back to school movie is School of rock.

I love Clueless as my BTS movie. My daughter isn’t in school yet, so I don’t know what her favorite will be.