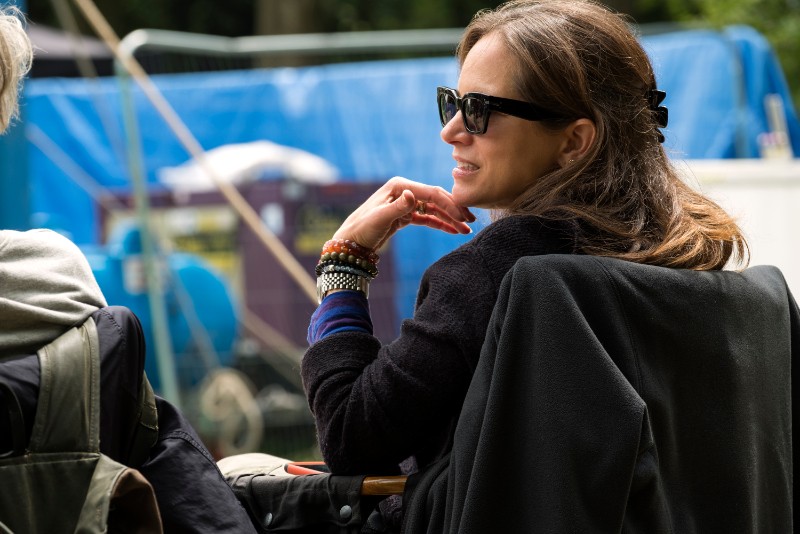 The interview was hosted by Universal Pictures

Susan Downey, producer and wife of Robert Downey Jr., has always had an interest in film making. Growing up outside of Chicago, she did a lot of print and screen work inside of the city. But what started out as a hobby would eventually evolve into a career behind the camera. She never had an interest being on-camera and was much more curious about the production side of things. Eventually, she went to USC where she was surprised to find out that out of the 50 students they let into production studies, only four were women. By the time she was a junior, there were 100 students, and only eight were women.

A lot has changed since then! Now Susan Downey finds herself as the producer of Universal Pictures’ Dolittle, the latest adaptation of Hugh Lofting’s books starring Robert Downey Jr. Susan produced the film alongside Joe Roth and Jeff Kirschenbaum, both of whom were very supportive of her throughout the entire process.

Written and directed by Steve Gaghan, Dolittle centers on the eccentric John Dolittle (Downey), famed doctor and veterinarian in Victorian England, who becomes a hermit, hiding away behind the high walls of Dolittle Manor, with only his menagerie of animals for company. But when Queen Victoria (Jessie Buckley) falls gravely ill, a reluctant Dolittle is forced to set sail on an epic adventure to a mythical island in search of a cure, regaining his wit and courage as he crosses old adversaries and encounters wondrous creatures.

Though Mrs. Downey may have started out working at male-oriented companies, they were with people who were empowering women. “Even if the material we were putting out, whether it was my first job where we were making Mortal Kombat movies or working with Joel Silver for a decade, they were so encouraging, and it would often be times where I’d be in a room like this with all these people, and I wouldn’t even notice that I was the only woman,” Downey said.

She says part of the job is putting your nose down and doing the work. There is no doubt that there is a high level of multitasking that is required for anyone at any job, and she says that, “We’re all trying to do a good job. We all have other things going on that none of us know about.”

“I think women are very well-equipped to do this job,” Downey said. “I think that taking on more things only makes us better and stronger and more efficient, and I think that the multitasking that’s required to be a producer is certainly for me perfectly suited, but most women and working mothers I know would be very good at it. And then I think the key is ultimately your dealing with personalities and people. And I think you have to remember that.”

“I think we’re built for it, the same way we are built for having kids. It’s just like we are creating things,” Downey said about how she was able to make it this far.

Among the technical challenges Dolittle had was to bring emotion to photo realistic animals. “I think that it always had the heart and the emotion that you would want in the story, and there was this desire to have this incredible spectacle, whether it was the worlds we were creating, you know when they went on this adventure or the animals,” Downey said. “And even though both Robert and I have dealt with visual effects-heavy movies in the past, whether it was Sherlock or the Marvel movies, this was a whole other level because you are essentially shooting a live-action movie and then you’re in post-production creating an animated movie.”

Downey admits that she never dealt with something that is so labor-intensive that they were shooting the film twice. It wasn’t so much that they shot the live-action part and then added in the photo realistic animals, but it was more of adding layers to the film. Aside from the traditional shooting, which also happens to involve lots of green screens, looking at green balls, etc. There is also the photo realistic layer that needs to be added. “It’s very involving,” Downey said. “You grab your base stuff of the live-action shoot, and then you’re just building on top of that and add many, many layers.”

But the process allowed them to discover what can be fixed and what may need improvement. “It’s not a paint by numbers,” she said. “It’s not an ‘Oh well’ this is what the script said, this is what we shot when we are doing the live-action, just plug in the animals. It doesn’t work that way.”

And because of that, it allowed the voice cast to play around with the script a little. “What we would do is log out an idea for a line and then, you know, so many of these actors, they’re just so talented that they can bring it,” Downey said. “I mean, Emma Thompson is an incredible writer in her own right, and she liked a lot of what we gave her.”

Of course, there were also opportunities to say it better or more effectively. But everyone in the cast got some room to play around with the script. Even Robert Downey Jr. got to do a little improvisation- “Contrary to popular belief, I like coming up with ideas that are off script and then turning them into something. However,” Downey Jr. joked, “It’s not easy to improvise in a Welsh accent!”

“I think that improv is a tricky word because it sounds like you’re going off the cuff at all times, and it’s not,” Downey Jr. added. “It’s like what did we learn yesterday from the scene or what is on set that we didn’t expect that the prop people had and how can we continue to make this feel fresh?”

As to how they make their relationship work and who is the boss, Mrs. Downey believes it is all about respect. “I don’t see myself as his boss! I mean, he’s Robert Downey, Jr!!. He’s number one on the call sheet, you know what I mean,” she said. “It’s really about respect.”

Downey Jr. chimed in saying that their relationship isn’t about defined roles, and Mrs. Downey then added that it’s never about type either. Downey Jr. added, “I would actually be more comfortable with that because then there are less things flow and changeless, but I think it’s just unrealistic to say you’re always this area.”

Downey then added, “I also don’t think people are that simple. You’re nonlinear in your thinking, but you’re also, like, really on time, really very organized and what you want to do is be incredibly prepared for things, so I just think it’s a dangerous thing to take any titles in a relationship like that.”

As for future projects, the couple’s production company Team Downey has a new adaptation of Perry Mason, which will debut on HBO this coming summer. They also have the Age Of AI, a series that can be streamed exclusively on YouTube. 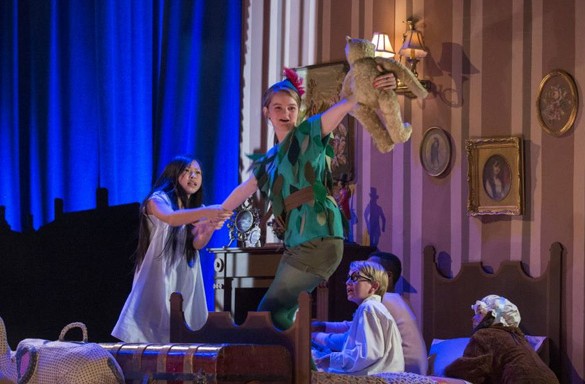 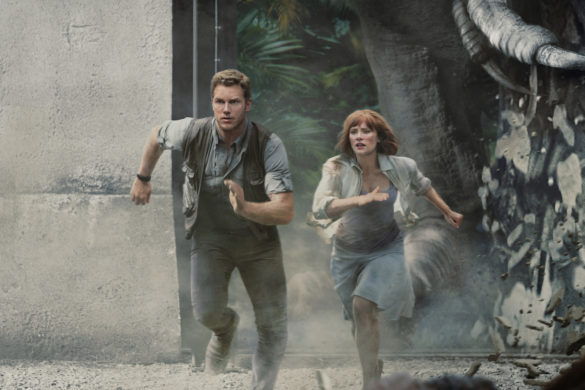 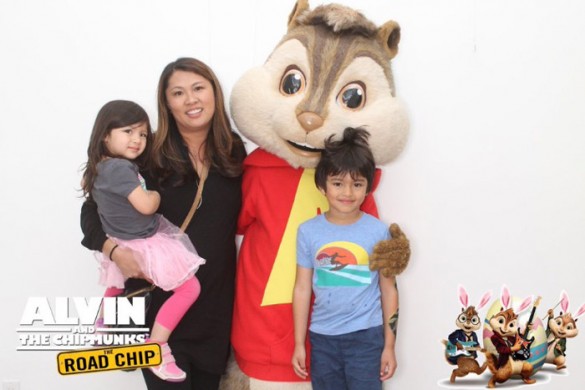 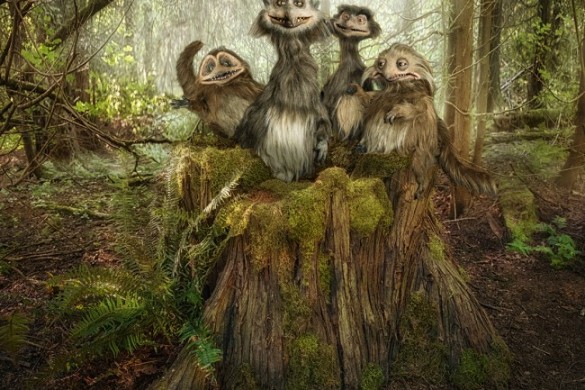 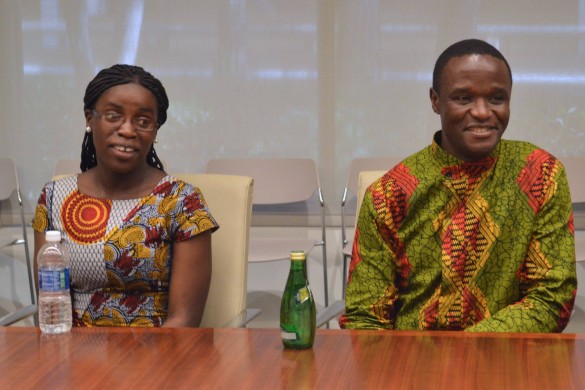 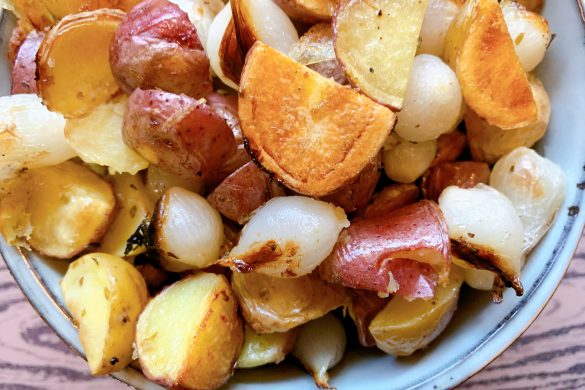 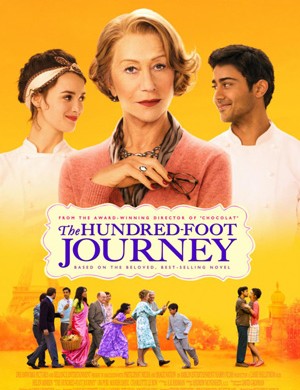