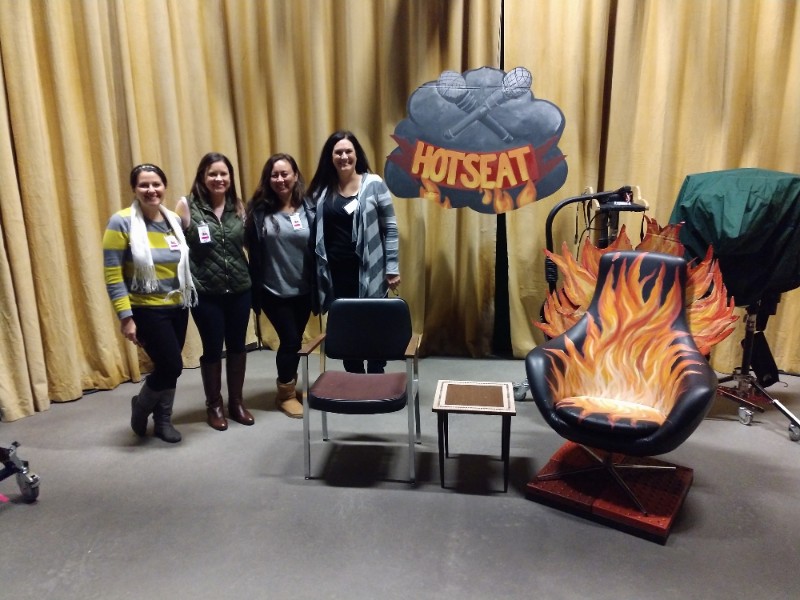 Disney+’s Stargirl is the sweet and delightful film adaptation of the novel of the same name by Jerry Spinelli. Directed by Julia Hart, it stars Grace VanderWaal as the unique girl who is a quiet force of nature that storms through a small town high school where almost nothing happens. There she befriends Leo Borlock, a wallflower who is quickly captivated by her colorful charm and individualistic personality.

As such, the film will address themes of embracing one’s own personality, non-conformity, and first loves.

ThatsItLA had the chance to join their fellow bloggers to do a set visit in Albuquerque, New Mexico, where they talked to the cast and crew about their experience making the film and what the characters mean to them.

Karan Brar plays Kevin Sing, Leo Borlock’s best friend and all-star speech and debater of Mica High School. Though, Brar describes his character as a bit selfish who is only interesting in what he can get from other people and his friends. But if there is one scene from the film that he likes, it’s one that he isn’t even in. “I’m more looking forward to this is a scene between Stargirl and Leo and I think what’s great about this film that’s different than other Youth films is that these characters are just super happy and amazing and that’s all there is,” he said. “These Characters are 3-dimensional and they’re Teenagers. They’re loving and they’re hurting and they’re experiencing pains in life and they’re brutally honest about that.”

VanderWaal is someone who is quirky and different and isn’t concerned about what others think of her or conforming to norms. “I think what I like about the Stargirl film is that there are so many like be yourself sort of films and books and everything out there,” she said. “And like if it were really that easy to just say just be yourself, everyone would never have a problem with it. And I think what’s cool about this film is it shows that like because Stargirl is so strong and she’s so incredibly sure of who she is.”

And part of what makes Stargirl confidently standout amongst the crowd is her fashion. “Oh my god, okay, so this is like a really hard question, because literally every single day me and Julia are like every time I think I have a favorite outfit, then the next day come,” VanderWaal said. “Like she has the coolest closet ever, I wish I had her closet. But I think my favorite outfit was this one dress that I wore and it was for I think a montage scene.”

Stargirl isn’t just another film about embracing your individuality. In fact, there are themes of selflessness. “It shows that when you start caring about someone and loving someone how you would sacrifice your happiness for theirs,” VanderWaal said. “I hope that the message that comes out of this is beyond be yourself but understand that your happiness is most important and your self care is most important.”

In order to prepare for the role of Mr. Robineau, Maximiliano Hernandez thought back to his high school experience and his favorite teachers. So when it came to working with kids, he found himself in a similar role of being a mentor to young kids. “It’s funny because this is, you know, like this Disney kind of stuff it is it really like my, the thing that I do mostly,” Hernandez said. “But, you know, I think as soon as I found out that Grace, it was going to be Grace’s like first picture I was kind of like, you know, this is a chance. I’ve been doing this for a long time so this is like a chance to find someone at the beginning of their career and, you know, sort of like, make them feel comfortable, make them feel like, you know, this is – it’s an odd job for us to have.”

Shelby Simmons describes Hillari Kimble as the queen of Mica High School who sets the standard of what to do and what to wear. And she really took a deep dive into the layers of her character and what made her tick. “ I really focused on was making Hillari a real person,” she said. “Like dive in deep. Find out what she likes, what she doesn’t like, and getting out of the realm of a mean girl, cause she’s not. And nobody’s ever just really a mean girl.”

But Simmons didn’t want her character to be just another typical mean girl. So even though it’s not the kind of character she would play, she found the challenge of playing a different kind of mean girl very exciting. “It was definitely challenging, because she’s not like your generic mean girl,” she said. “At least I really didn’t want her to be. I wanted to, to be a bit more creative with it, so I definitely enjoyed that challenge. I was really excited about it too, because I have played mean girls before, but they were always the very shallow like gold digger or someone who’s just, just mean for no purpose. But Hillari had a purpose, and I really loved that about her.”

Atremis plays Mallor, who isn’t quite like Hilari or Stargirl. Though she enjoys being a cheerleader, the team itself isn’t very good. Which only frustrates her because all she wants is for the best for her school that she loves. So she looked back at her cheerleading background in order to prepare for the role. “Well not specifically about Mallory, but the movie in general I believe that the message of inclusivity is very important because Stargirl breaks down the barriers because at the end of the film you see that the Cheerleaders, the jocks, the nerds, the band kids they’re all sitting together,” she said.

“I remember in school I felt like I belonged to several groups, but you kind of had to stick with one,” Artemis said. “And so this message of how everyone can– everyone can be together and everyone can get along together is really important.”

Of the Leo’s four friends, Benny, played by Collin Blackford, is the one who will probably eating something. “I’m kind of in my own world, and my favorite in the entire world is food. So, you’ll see in almost every scene I’m eating,” Blackford said. “Eating a lot [CHUCKLES]. Whether it’s burritos or hot dogs or popcorn, I am constantly eating. That’s just that funny thing that my [CHUCKLES] character has.”

But Stargirl fans will know that Benny isn’t even in the book. He is a character created specifically for the film. “I have to be so rigid to my character in the book or to somebody’s life in the book, blah, blah, blah. But for me I getta kinda do it — I mean kinda do whatever I want,” Blackford said. “I mean I getta to bring myself to the character. I don’t have to be like, oh, this is what Benny would do in the book.”

Juliocesar Chavez’s Alan ferko is someone who is in the book. “Well Alan, he has really outgoing clothes, so he has different clothing,” he said. “He has different, weird socks. He is kind of like a male version of like star girl but shyer and more like timid. But he has like very outgoing clothes. And he’s pretty cool. I like Alan, he’s awesome.”

And it seems that awesomeness extends offset as well. Though his character plays the drums in the marching band, Chavez’s father taught him how to play the acoustic guitar. In fact, he connected with VanderWaal and Verchere over their love of music. “Grace, Graham and I, we all went to guitar center one day, and we felt like we were going to get kicked out because we were playing all the instruments,” he said. “We were on the pianos then we went to the acoustic instrument section with the ukuleles and the acoustic guitars.”

Alex James took a different kind of training in order to prepare for the role of Zach, the quarterback of Mica High School. “I had a whole coordination team for football. I had an offensive coordinator that was an actual quarterback- an amazing quarterback,” he said. “He taught me how to- because I never played- I played quarterback, but on my teams, I was usually a wide receiver or I played running back, but never quarterback.”

Despite being the one of the older members of the cast, James only saw professionalism on set when it came to the age dynamics. “This is the first film that I’ve worked with where people that are significantly younger than me, so there was no, oh, you- I’m gonna treat you this way. I want you- because I know you’re around the thirteen/fourteen age, and it was like we would joke around and, like, you know, constantly talk about things and make jokes about things that it was like- yeah, there was no one that was, you know, that didn’t know what they were talking about,” he said.

Graham Verchere saw playing Leo as exciting because the actor sees a lot of himself in the character. But he found the more exciting parts of the film was when he got to share scenes with VanderWaal. “It’s really fun ‘cause she’s ridiculously talented. It’s unfair,” he said. “And, I don’t know, you would never have guessed that this is her first movie ‘cause she’s so ridiculously good at it.”

Though Verchere sees Leo has a typical normal kid, there is something he says “that wants to stand out a little bit.” While the loss of his dad and bullies crushing his self-expression forced him to revert into being a wallflower, Stargirl will help him come out of his shell. “He meets this girl who isn’t at all afraid of that,” he said. “And she tried to teach him that it’s okay. It’s a hard lesson to learn.”

Like much of the cast, Verchere wants audiences to walk away with the idea that it is okay to be yourself and that you shouldn’t let others tell you what to be or how to act. In fact, he’s lived a little bit of the film in real life. “I actually have a really great group of friends now that encourage me to step out a little bit and help me actually talk to people,” he said. “And so I’ve been doing a lot better now but, yeah. A lot of people, more people go through it than they let on.”

And it’s not just the life lessons Verchere is learning, but he’s also experienced what it’s like to be at a new school after moving. “I switched schools this year so I’ve been to my new school for a total of two days,” he said. “So I had to try and make friends with all of my teachers and convince them to let me stay in their class while giving me two months of work ahead of time.” 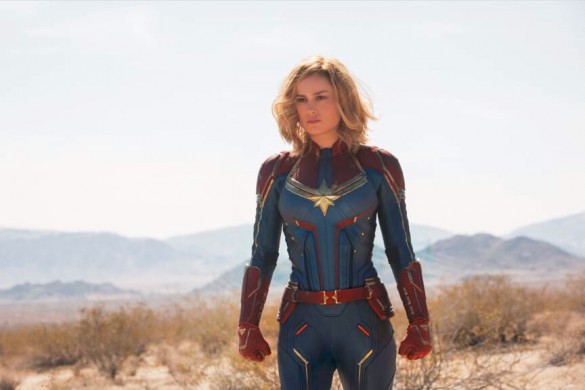 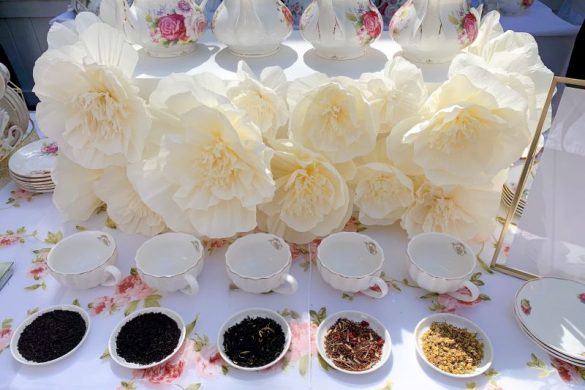 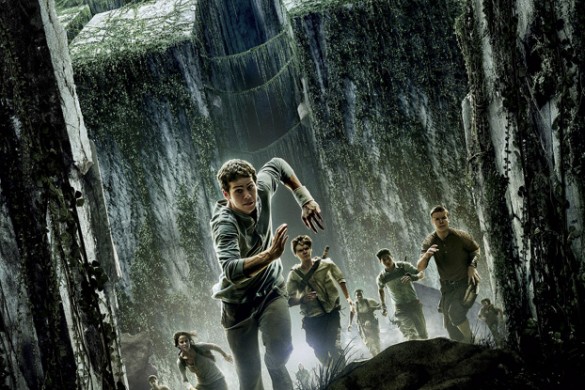 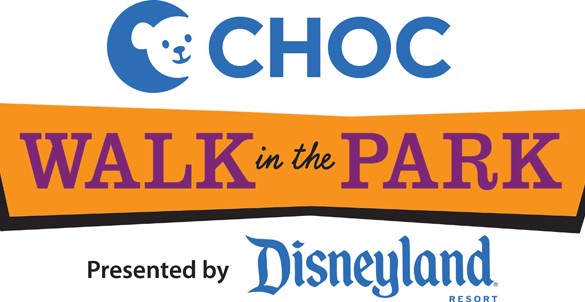 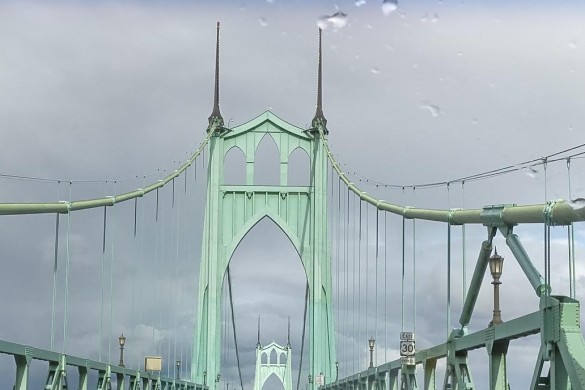 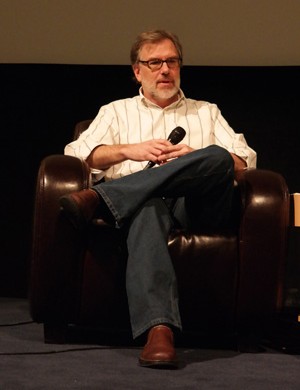