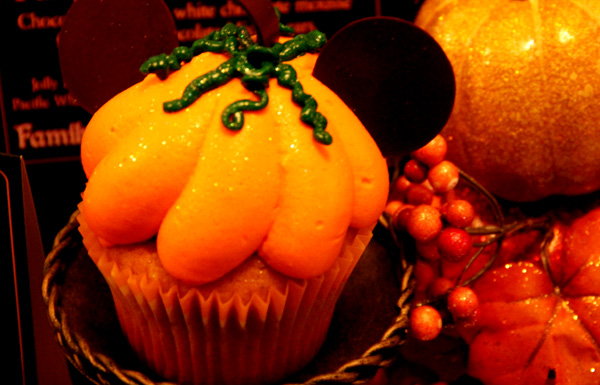 Disneyland is the place to be for pumpkins! They have hundreds on display including a 12-foot-high pumpkin sitting on Main Street U.S.A. Disney chefs have created delicious pumpkin spiced pastries and desserts for guests to feast on and we get to see the coolest pumpkin carvers on earth (in my opinion) in action.

All the carved and painted pumpkins give me inspiration and ideas for our pumpkins at home. This year we decided to use Sharpies and draw our favorite Disney and Pixar characters. Here are our Disneyland pumpkins which feature Baymax from the upcoming Big Hero 6 and two of my favorite robots, Wall E & Eve! 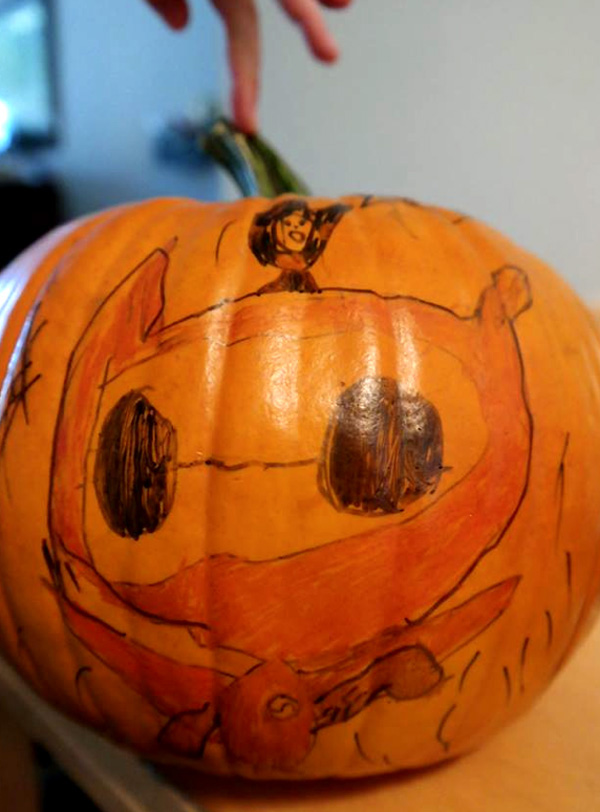 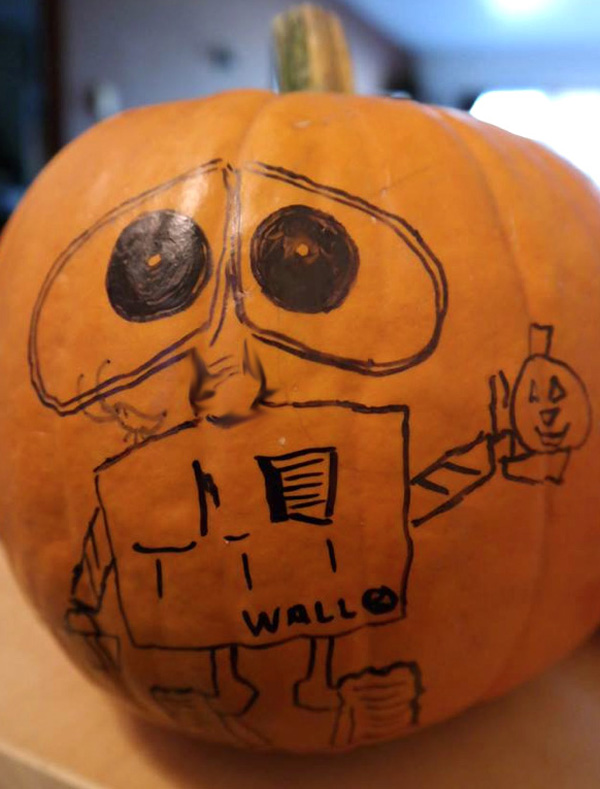 Grab your cameras and capture beautiful pumpkins throughout the park. Make sure to visit Big Thunder Ranch Jamboree where I found these magnificent designs: 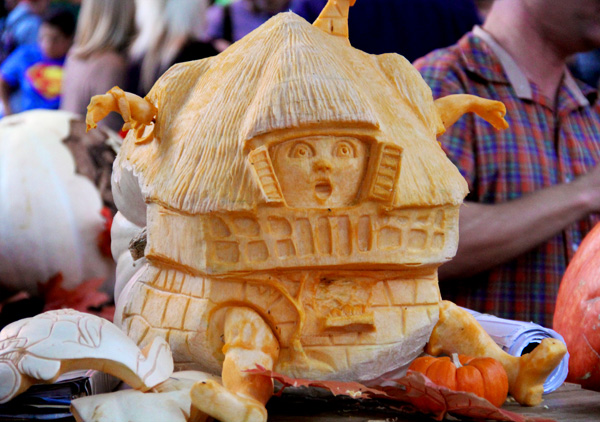 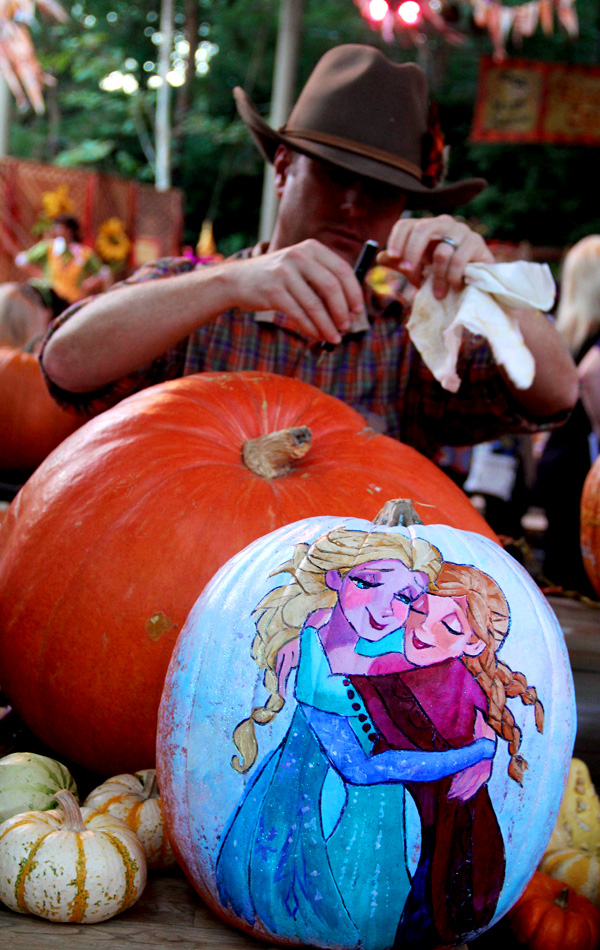 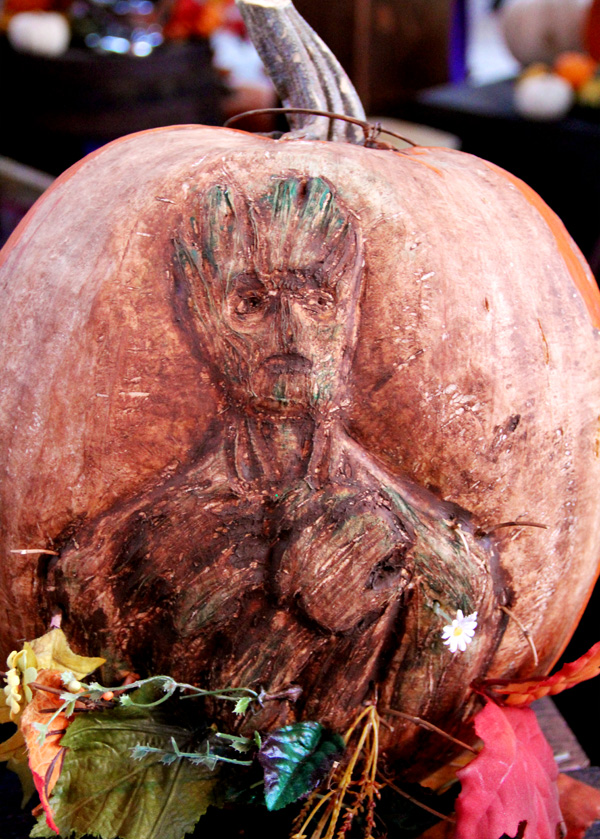 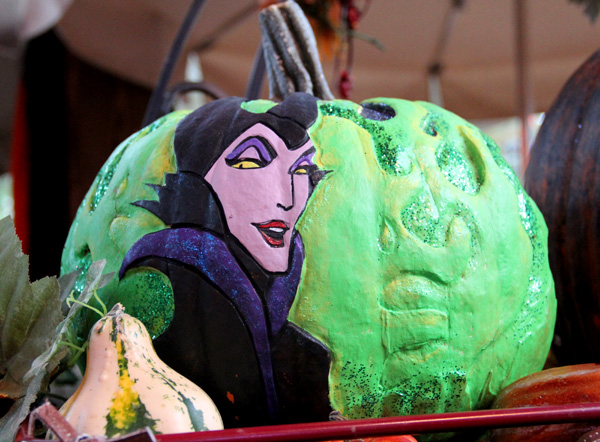 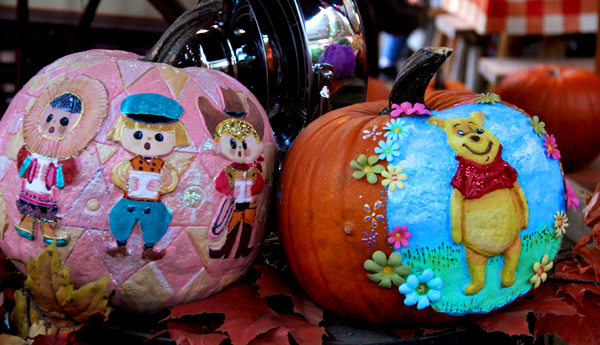 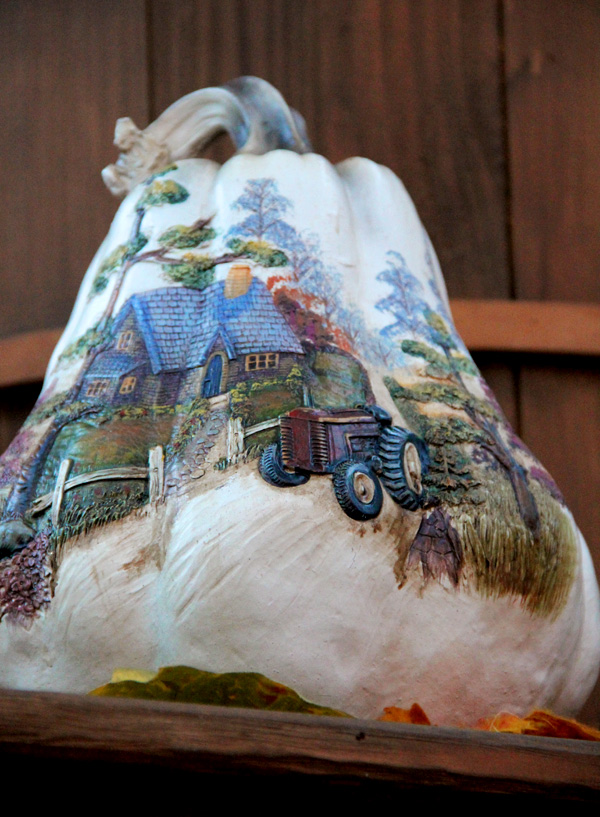 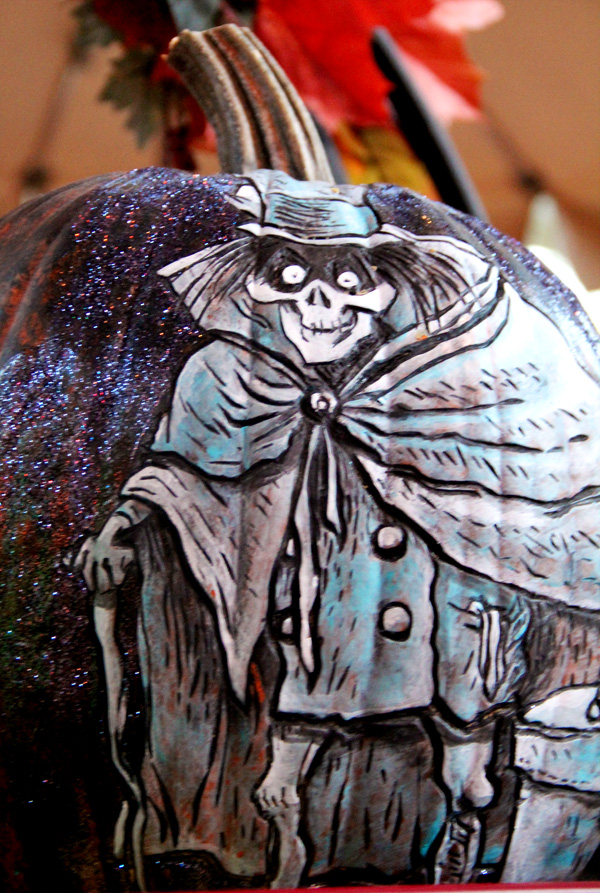 Did you see the Disney Pumpkin shaped characters at the gates to Disneyland? 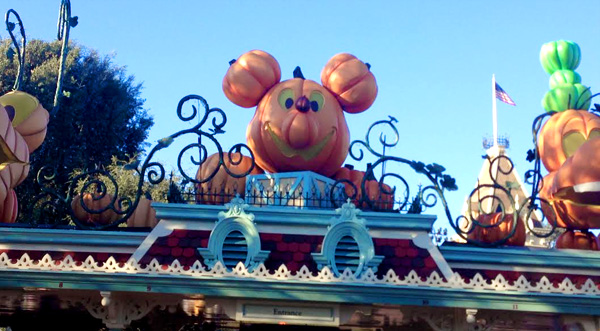 Look up at the large light fixtures in Central Plaza. Mickey’s smiling down at you!

Take a look at the window displays along Main Street U.S.A. That’s where I found these two! I think they would look marvelous on a front porch! 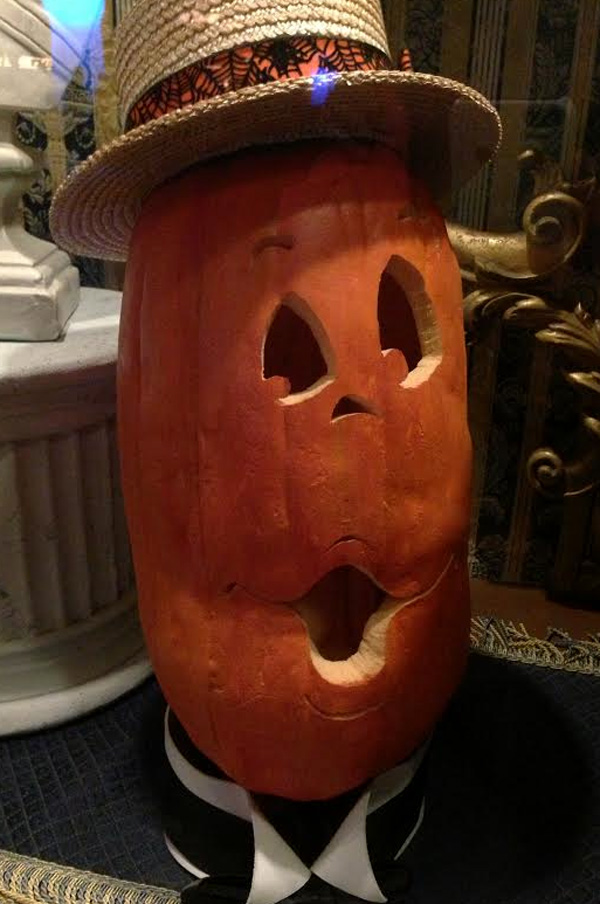 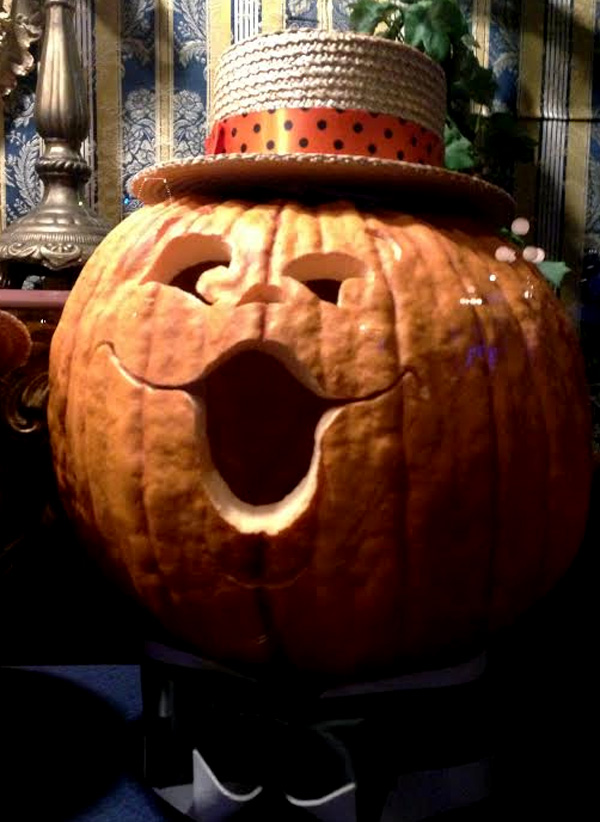 Have you worked up your appetite after scouting out all of those pumpkin treats? Feast your eyes on this delicious pumpkin shaped cupcake.

Visit Disneyland now to see all of these amazing pumpkins as well as attend Mickey’s Halloween Party!

How will you decorate your pumpkin this year?? 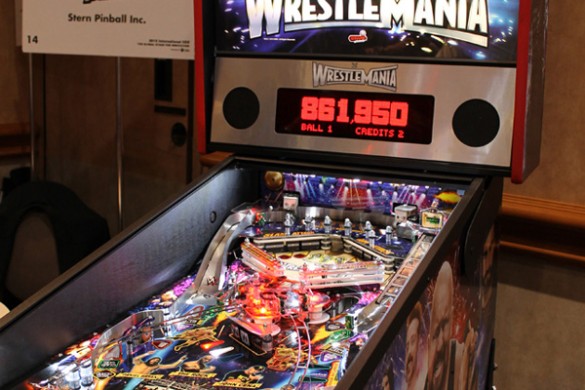 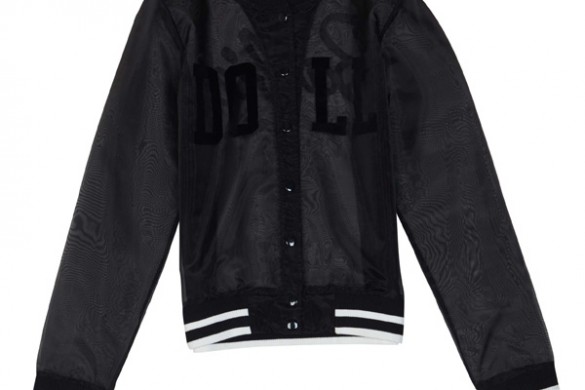 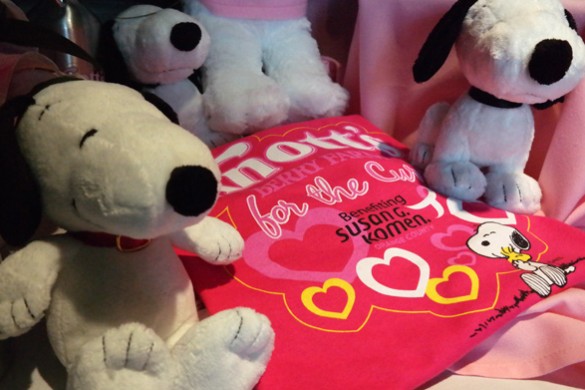 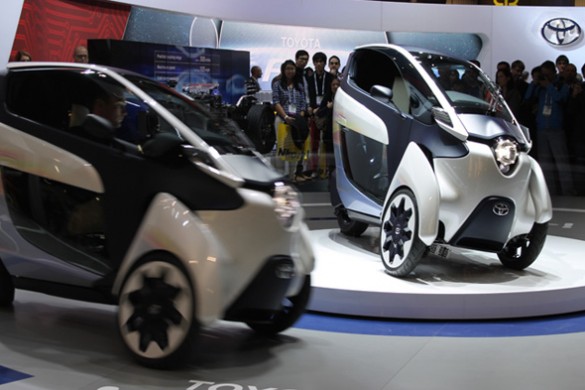 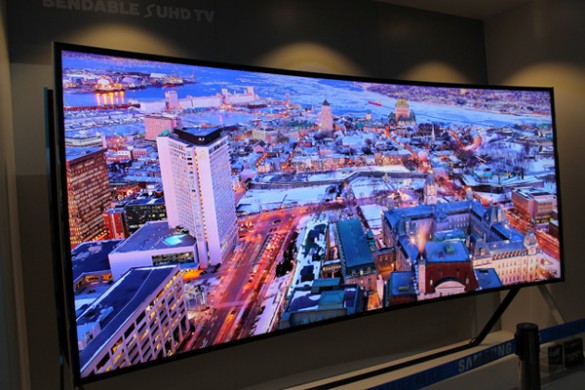 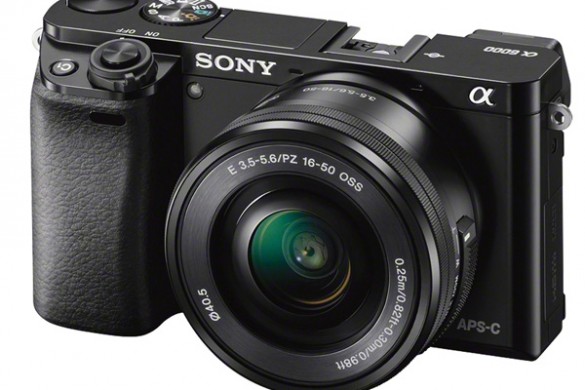