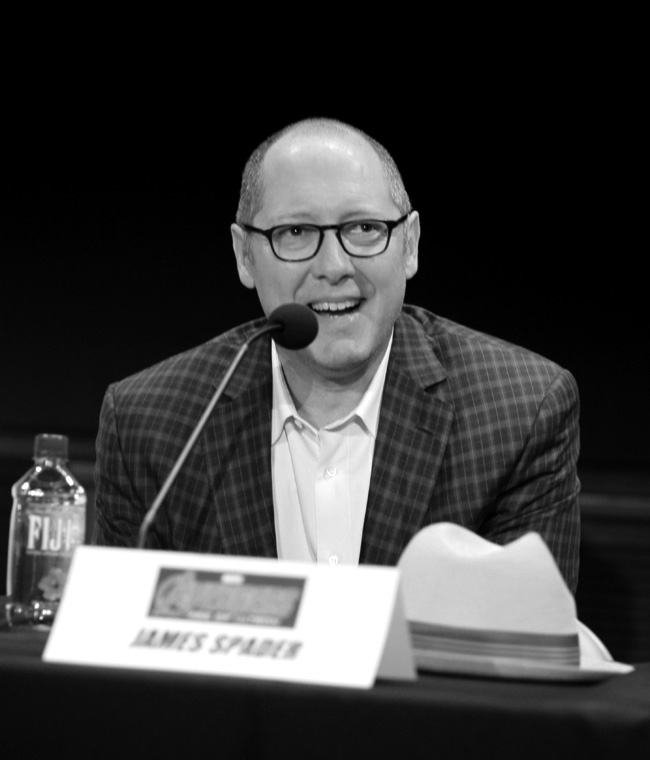 Avengers: Age of Ultron is already dominating overseas box offices and it’s sure to be one of the biggest blockbusters ever. Now, picture yourself being in the same room with the cast of the Avengers. Scarlett Johansson, Elizabeth Olsen, James Spader, Mark Ruffalo, Chris Hemsworth, Robert Downey Jr., Chris Evans, Jeremy Renner, Paul Bettany, Cobie Smulders, Aaron Taylor-Johnson, Joss Whedon and Kevin Feige.

What would that feel like? I’ll tell you — thrilling, intimidating, entertaining and certainly easy on the eyes!  What a powerhouse junket!  One of the best superhero movies of all time, this soon-to-be hit can easily be summed up with three words recently used by Scarlett Johanss0n at the junket: EPIC, AWESOME, BADASS.

Here are my top 8 moments from the conference.

What does it feel like now to be more than just a voice?
PAUL BETTANY (Jarvis/Vision): The main difference is I have to show up. The great thing is being able to work with all these incredibly creative and talented people. However, I also now have to show up at junkets, so everything’s a double-edged sword, you know?

Vision and Ultron each embodied Stark’s nature, both the good and the bad
JOSS WHEDON (Director): They embody a little bit of him, but they’re also their own people. I see them as two sides of the same coin. I like the sort of accord between the two of them. I think there’s something beautiful about the fact that they see the same thing and react to it differently emotionally.

Spader talks motion capture and bringing life to Ultron.
JAMES SPADER (Ultron): I really didn’t have any idea what was happening at all – it just happened very quickly. I was just trying to hold on and then stay on the train. I arrived in London, and within the first half hour I was in a suit. They put on all this gear, and I’d gone through a range of motion. And then within 15 minutes, I was watching myself walk around a big room, moving and watching Ultron, or at least a formative stage of Ultron, on a monitor in front of me. And it just – it started right there. The next day, I was on the set shooting a scene with Scarlett. And so really that pace was what it was, through the entire project. And luckily I’d had some conversations with Joss and one fantastic meal with a whole bunch of wine to figure out who this guy was. And that was it. That really was it. It was just trying to hold on.

Captain Australia (if there was one ) would have been Chris Hemsworth’s favorite superhero as a child.
CHRIS HEMSWORTH (Thor): Superman was probably the only film they’d made, I think, back when I was growing up. You know, that was the one that sticks out for me. Iron Man hadn’t been created yet, or Captain America, or Hulk, or Black Widow or Vision… 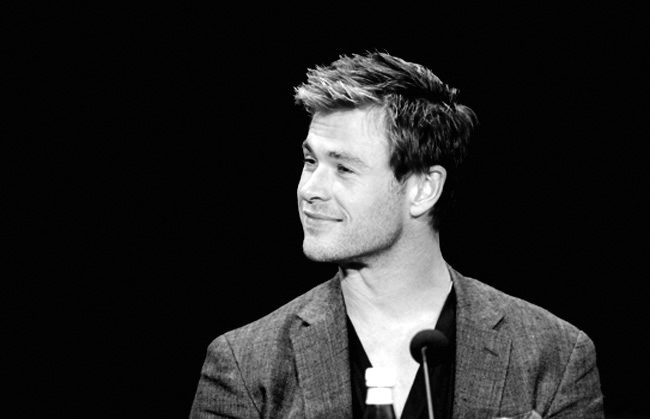 James Spader read comic books on sleep overs.
JAMES SPADER (Ultron): Growing up, I didn’t have any comic books at all, but my friend had a trunk full of  them. So comic books were like candy for me. I’d go over to his house for a sleepover, and I would be really just be devouring everything I could get my hands on because the sleepover was going to be over and I was going to go back to my house and it was going to be, you know, Kipling.

Clint Barton evolves in this film.
JEREMY RENNER (Hawkeye): I speak in this movie, which is awesome. I become part of the team, which is awesome. And I dive into some really killer aspects of – I really – when sitting down with Joss, and even Kevin back in the day, about why I liked him, why I wanted to play Hawkeye, is ‘cause I didn’t understand, I could never do like what these gentlemen do. I don’t have that creative of a mind. I understood Hawkeye in the sense of he’s a human just with a high skill set, so I could tap into that, and I feel like I got to explore a little bit more of that, even outside the skill set, and I thought that was a really, really endearing and thoughtful sort of secret that he had, and I’m excited to kind of see where that goes.

Black Widow, is epic, awesome and a baddass, even when she’s pregnant
SCARLETT JOHANSSON (Black Widow): I don’t think you’re allowed to ride a motorcycle when you’re still pregnant, but I did. I did all of the motorcycle riding. [LAUGHTER] I embarrassingly rode some sort of a mechanical bull type of motorcycle, which goes nowhere and doesn’t look cool at all. But you know, we had some very professional and amazing motocross
work being done that makes Black Widow look like a total badass, and I will say, I’m very fortunate that there’s a team around me that makes Widow’s fight moves and badass motorcycle riding happen. Could not do that without that part of it, starting a move and then finishing a move and you know, all that work being seamless,  takes a lot of choreography and team spirit. So you know, every film is exciting because I get new tools and new fun, cool stuff to do. And luckily Joss writes me some badass moves that make me look just epic and it’s awesome. I just said epic, awesome and badass all in one sentence. I’m done now. Thanks.

The Hulk? Dr. Banner?
MARK RUFFALO (The Hulk): I was helped out by the fact that I’m green, and huge, to help me with the distinction between the two characters, so I can’t take full credit for that, except for the accent that I was using, maybe. I’m done.

Why is the armor designed to contain the Hulk called Veronica?
JOSS WHEDON (Director): You know, I just decided to call it Veronica because I used to be in love with a woman named Betty, and Veronica is the opposite of that.

Do we see a fatherly side of Tony Stark in this film?
BEST ANSWER GOES TO…..
ROBERT DOWNEY JR. (Iron Man): I must be mellowing with age, but I want to say this very clearly. The next time I’m not asked the first question, [LAUGHTER] I’ll f—ing walk out. ( — It did take awhile for someone to ask him a question! —-)

I read Joss’s script, I said, I think this is great. Kevin said, “You never say that. You can’t mean that.” I said, “Yeah, I think it’s great. Let’s go shoot it.” I thought it was a Swiss watch to begin with and Joss really created some great new situations for Tony to be in, so rather than dig in my heels and try to rewrite every scene, to make them even better, if possible, I showed up and it turned out great. 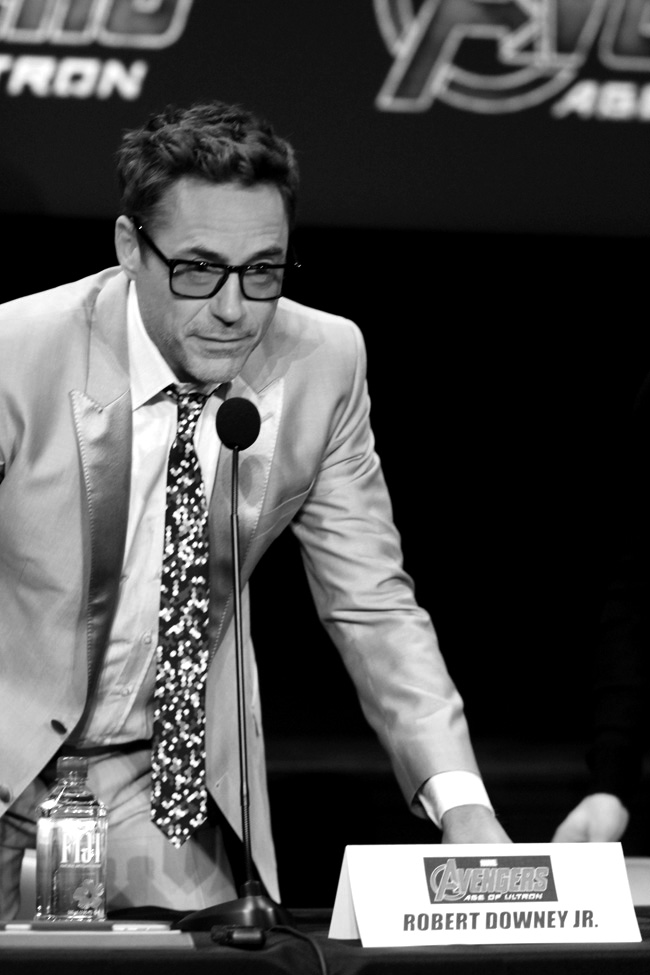 AND on that note, I concur… Avengers: Age of Ultron DID turn out great. See it this Friday! Rated PG.

* We attended the press junket for editorial purposes. Our opinions are our own. 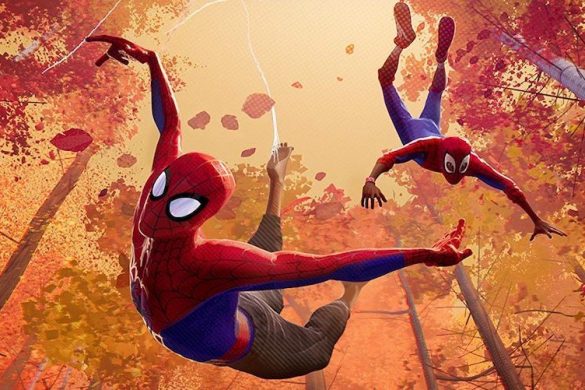 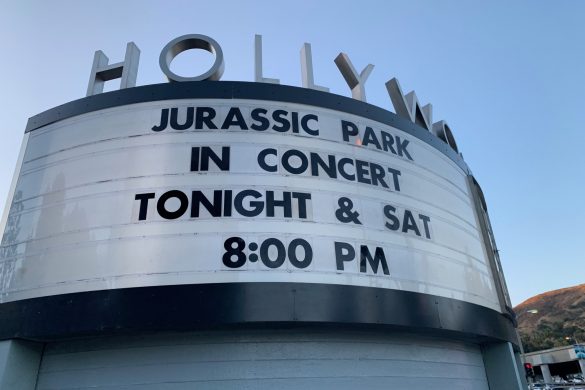 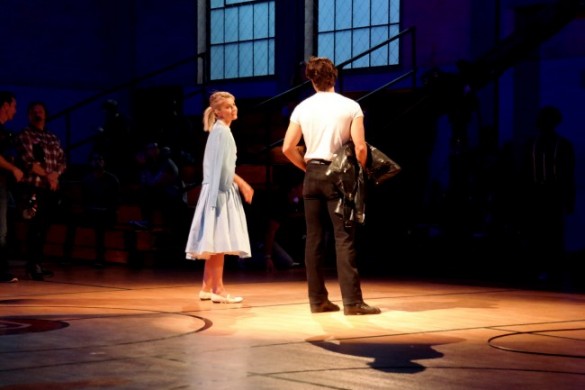