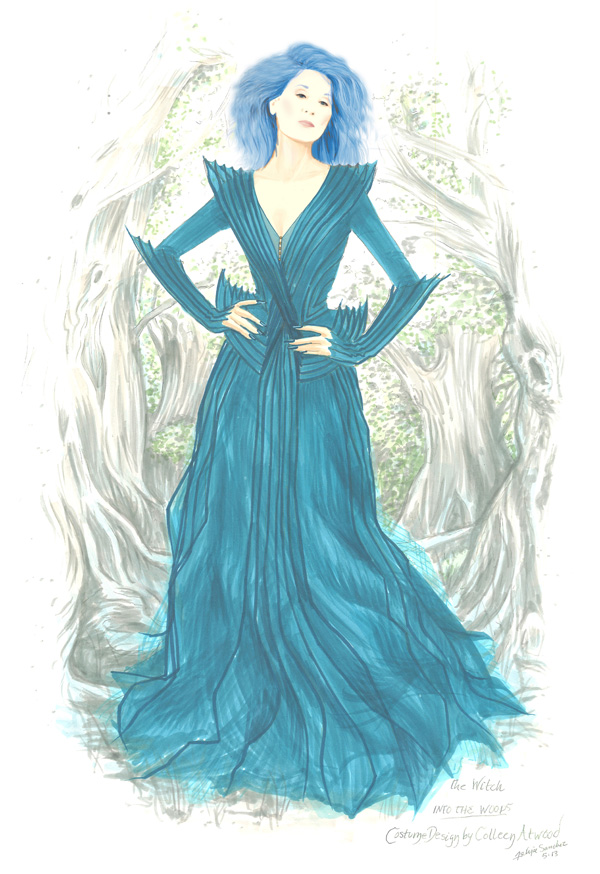 Every Project Starts With A Story – Colleen Atwood 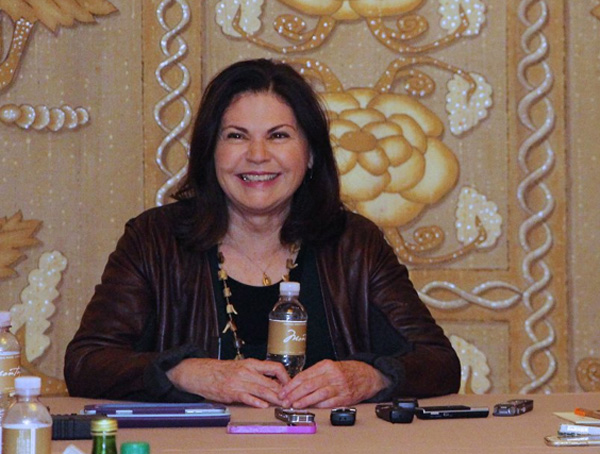 You can tell so much about a character by what he or she wears. Costume designers have the challenging task of creating memorable, eye-catching costumes that portray an actor’s personality, as well as fit a specific time period. Three-time award winning Costume Designer Colleen Atwood knows what it takes to create dramatic outfits. She’s responsible for numerous costumes for movies including, Memoirs of A Geisha, Alice in Wonderland, The Silence of the Lambs and Edward Scissorhands.

Colleen sat with us and shared her process of design, favorite moments from her latest project, Into The Woods, plus she explained what it was like to work with award-winning actress Meryl Streep. I have my fingers crossed that Colleen is nominated for another Oscar award as she did a superb job on this movie. 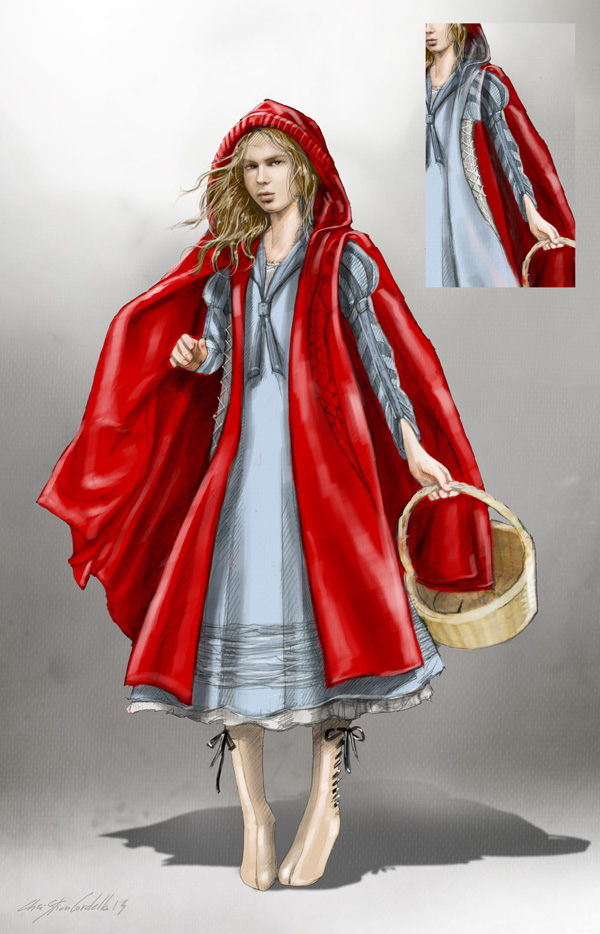 I start off by read the script and sometimes when you get a script you sort of see different things right away. And, sometimes, it’s a different process. But, I start thinking about it and the next step is usually meeting with a director, and having a kind of a conversation about what he’s thinking it is: because ultimately, the person that I collaborate with the most on a film is the director.

So, you’re there to serve his vision of the story. And then, the next step is going off and doing research, design, and costume textile development,which I’m huge on because I love the craft. People doing things with their hands is, exciting and inspiring for me. Then, I take those things, once I put them together, and present them to the director. As actors are cast in the film, I have meetings with them, and I usually show them.

Before I give actors clothes at all, I usually try to meet with them and show them my ideas. So, if they have something they don’t like, or they object to, I kind of figure it out there, and talk to them about it. And, I get to the heart of their feelings. Then, I start
the actual making of the costumes, fittings and that whole process.

The Witch Was Her Favorite Costume

You know, it’s kind of like children, it’s a weird question to ask, because I never- like just one costume. Some of them are definitely not my favorites. [LAUGHTER] But, I had a great time of course with Meryl’s costume because of the textile art that was involved in it. And it involved not just my ideas but the hands of a lot of really talented people, mainly women.

Well in a movie like Into The Woods, where you not only have simple costumes, but you really only have two costume changes at the most for most of the characters, some not even that, you want to make a costume that’s iconic and defines who the baker and his wife are right away. That they’re two people that are from the working class. They’re the people with the hopes and the dreams. I mean nothing is more symbolic, especially in the kind of way that the symbol of being somebody that makes bread. Everybody eats it, it’s made with your hands, and you’re touching it. So, I really wanted them to be of the Earth and really grounded. I kind of used more earth tones in
their costumes.

I used iconic Victorian materials and I used fabrics that I created for them out of pieces of material that were of the earth: like linens and mole skin, which is a kind of cotton and sort of textural materials. It’s because I felt they were (symbolized) more poorly kind of fabrics. And so they held up well, and they kind of sold the idea of being peasants. But, peasants with a job, you know, like not totally starving. Like Tracey Ullman, and her son were in much worse shape than the baker and the baker’s wife. So, their costumes were even more tatty and kind of forlorn.

Emily’s costume changed the most of any costume because she was pregnant. When I got her, she was just barely pregnant. All of a sudden she got into that fifth month kind of thing. And she came to work after a weekend and it was like she’d grown I swear. [LAUGHS] She’d grown like two or three inches. What happened over the weekend? And so, I was continually kind of modifying her costume because, her bust was bigger and her belly was bigger even though she was incredibly small for how pregnant she was. I was continually making the body, the apron bigger and all that. Thank goodness she was in an apron from the start! And the little jacket, I kept raising where it buttoned. I painted it in darker and darker on the side, so you use a lot of tricks of the trade. But, that costume I was continually changing and touching the whole time. 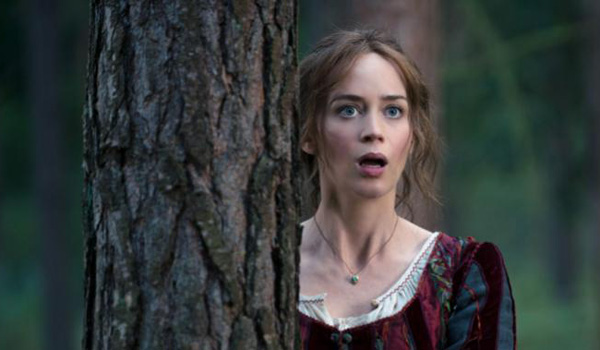 There’s not an aspect of a character development that Meryl isn’t involved in. [LAUGHTER] She is the Meryl Streep. But, in fact she understands costumes really well, which doesn’t mean she designs them on any level, but she feels them. And any request she made to her costumes were all sort of related to movement in the costume and what it had to do for her. She embraced all the textiles and stuff in a way that somebody that really knew what it took to make it appreciated it. So, it was a really gratifying collaboration to not only work with someone of her kind of amazing talent, but somebody that just loved going in the room and seeing what everybody was doing and was really great with the stitchers. She actually acknowledged they existed, which is really nice for the people that make the costumes, because a lot of times, I always try to get the actors to kind of walk through when it’s done, just to give them that gratification. But a lot of times actors, are reluctant to do it, and Meryl was just so kind and generous in that way.

A writer pointed out to me, since it was the blue moon, that’s like the blue witch: the blue moon. But also, when you’re doing a film with a lot of dark and you’re using black, it’s really easy for the black to just turn into a flat blob with the digital photography and the lighting. So, what I did is I put color behind it to make it not just a dead black thing, and the blue kind of came forward. It felt good with the night sky and sort of the elements of witchery that went with her. Then, when the transformation happened, we just went to the blue. We wanted the blue, and the blue hair: kind of like the blue magic of that. Everything matched, the hair, nails, dress, jewelry, everything was blue. And she thought, that would make her the kind of beauty that her teenage daughter would embrace.

Cinderella’s costume was created by her mother. And in the early Grimm fairy tales, the shoes are gold not glass. I wanted the shoes to be gold and sort of represent the tree and the willow. I started with more green in it, but then I found this great ’30s vintage fabric that I had been hoarding for a while. And, it sort of had the right feeling I wanted it to be when it went through the forest: kind of like a butterfly wing, like when you see a butterfly in the light, and it goes in the dark and you don’t see it. 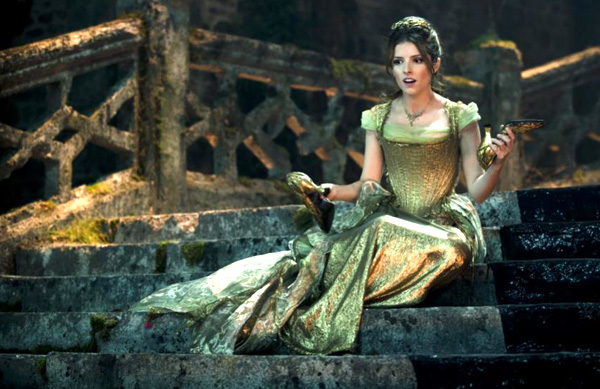 What? They weren’t really glass?

Edward was the first movie that I ever got to do. So, I think that costume for me will always be kind of close to my heart. And, more recently, I love the Red Queen from the last Alice movie.

And the next one I just finished, she takes it to a whole other level. [LAUGHTER] So, I think that that’s a fun costume and a fun kind of character that sticks with me. But I have other costumes that I’ve gotten to do over the years that I really like, or other bodies of work. I really like the stuff I got to do on Lemony Snickett’s a long time ago, which wasn’t like a hugely famous movie. But, I got to do really good work on it, and Snow White and the Huntsman most recently. I had a blast with Charlize’s costumes.

I like to mix my designs up. I think if I did just whimsical or period pieces, it would get sort of redundant. But the thing that’s beautiful about the job that I have is that I never know: A, what’s going to be next and; B, what kind of movie, that I’m only serving a script and a story. So, I never know what’s around the corner. And, I think it keeps me on a learning curve all the time, because it changes things up. I think if you stay the same you miss out on a lot.

It’s so funny, in the early Halloween years, I did a lot of costumes. My favorite was when my daughter was in kindergarten, I made her a giant pumpkin, it was so cute with her little hands coming out and she hated it so much [LAUGHTER]. Halloween has always been my favorite holiday needless to say. But, but when my daughter got to a certain age, she went through a huge like Darth Vader phase, and then she wanted to be Batman Girl and then we had a Ninja Turtle phase. But, she was a total victim of the store-bought costume. So, it was kind of embarrassing really [LAUGHTER].

Good luck with Into The Woods on Oscar nomination day and congrats on the success of the film! 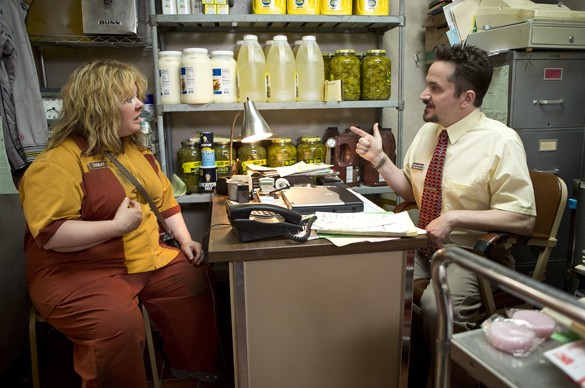 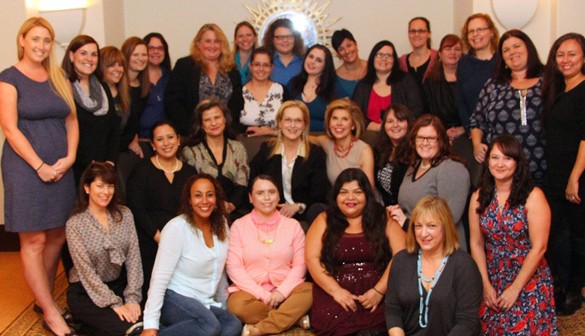 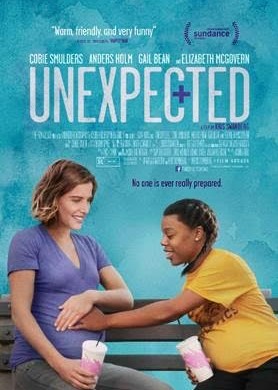 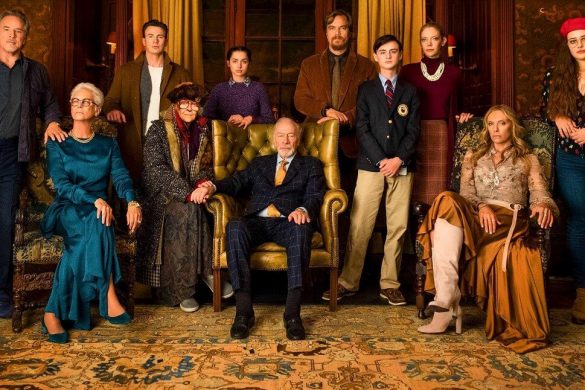 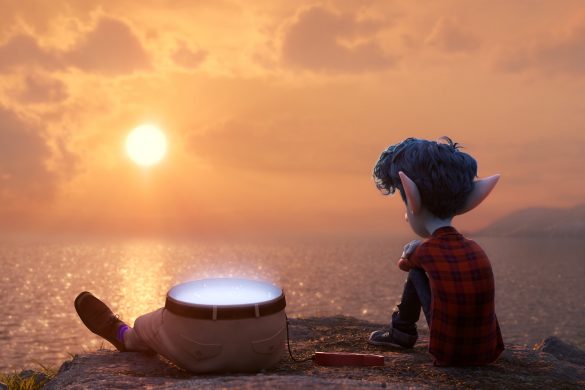 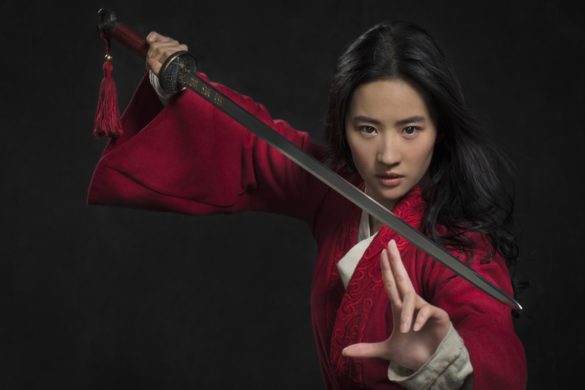 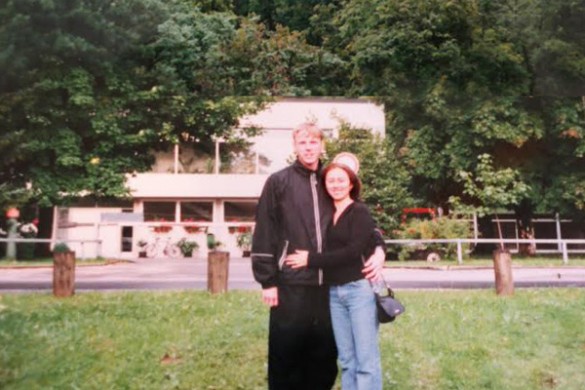