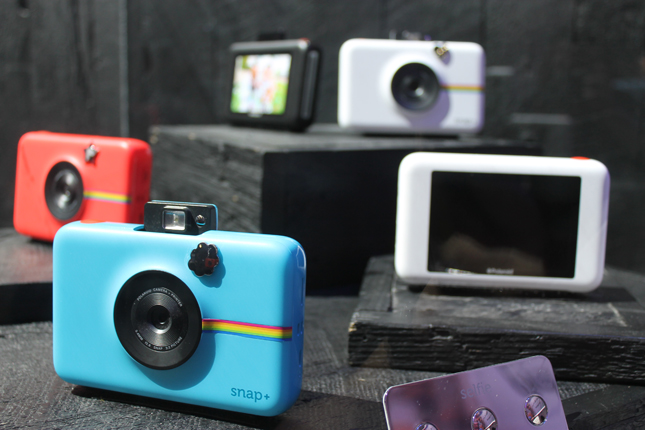 Polaroid had a really great booth at CES this year, showcasing some new products already released and coming out later this year.

The tour of their booth this year surprised me a bit. I was introduced to products that I wasn’t expecting from the Polaroid brand, one product that I had only seen in prototype form at last year’s CES and another product currently being readied for release later this year. 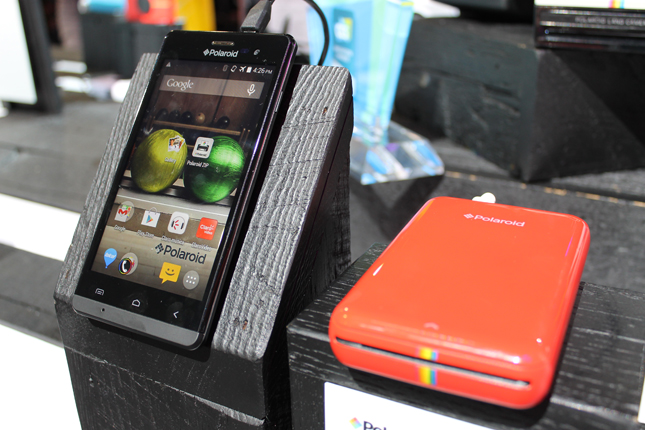 The design is sleek, slim and compact. It comes in four color choices: Blue, Red, White and Black. The ZIP printer retails around $129.99. While the ZINK Photo Paper varies in price ($9.99-$29.99), depending on the paper pack. 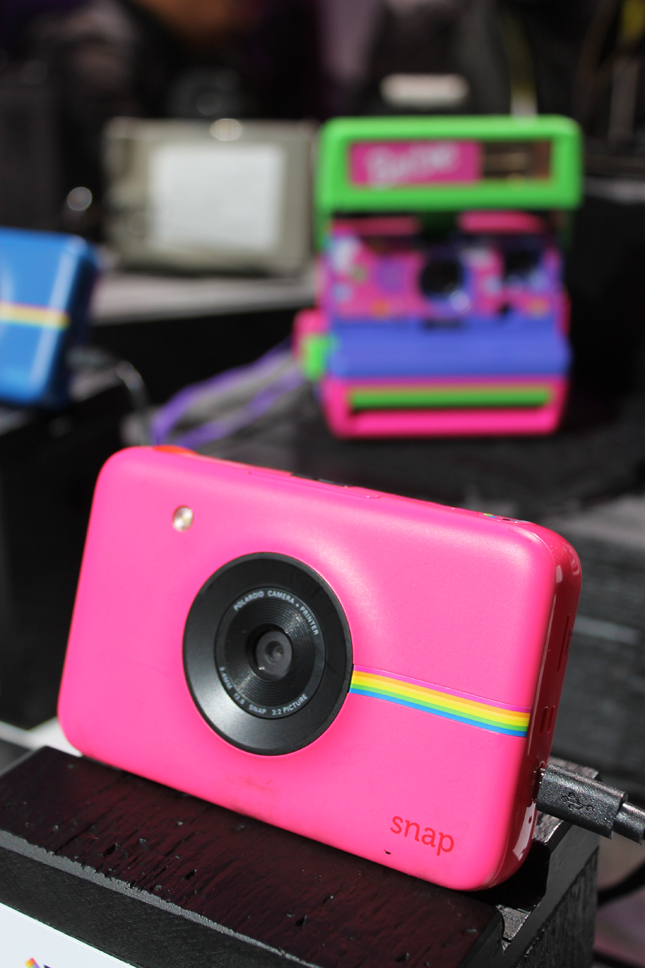 • Polaroid SNAP. Released late last year, this instant print camera evolves the nostalgia of the Polaroid Instamatic Camera into the modern age. Blends the technology of the ZIP Photoprinter and a digital camera together. It has a very small, compact and sleek design, much like the ZIP Instant Photoprinter. This 10MP camera has a self timer feature and prints 2″ x 3″ prints (full-color, black and white, vintage sepia tone).

One draw back is that there is no digital LCD screen. The SNAP retails for around $99.99 in four color choices: Black, Blue, Red, White. There was a pink one displayed at CES this year.

• Polaroid SNAP+. Unveiled at CES 2016, the Polaroid SNAP+ takes the Polaroid SNAP to the next level. A 3.5″ LCD touchscreen has been added, along with a 13MP CMOS sensor for higher quality images and 1080p full HD video recording capabilities. Eventhough the SNAP+ is an instant print camera, Bluetooth connectivity has been added to allow users to connect and print to other devices such as smartphones and tablets.

Pricing on this is not yet available and will not be out until Fall-Winter of 2016. 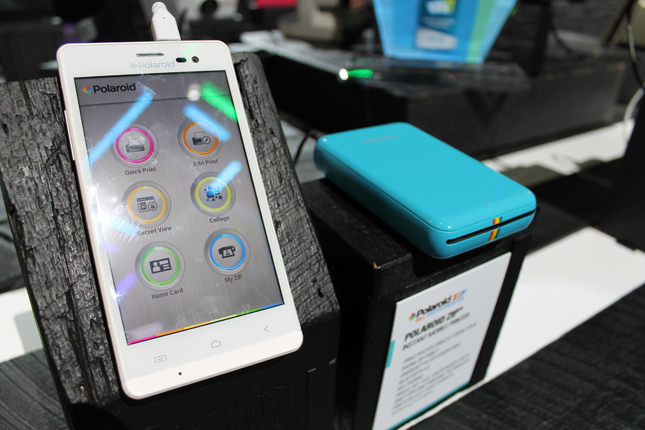 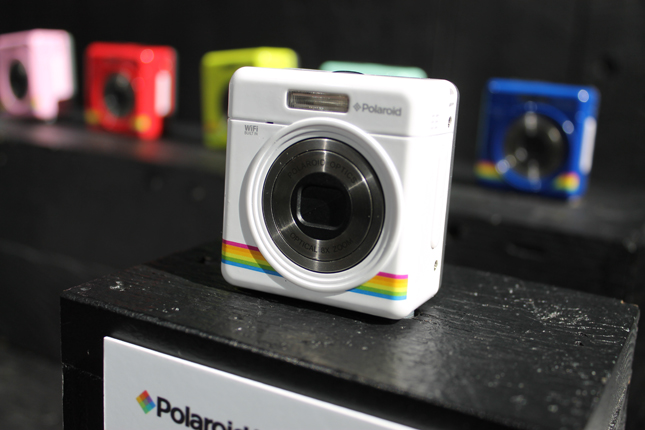 • Polaroid iZone. A smaller, redesigned and modern version of this camera will be available this Spring. It features a 2” LCD screen on the back, 8MP sensor, 8x optical zoom, records 1080p full HD videos, Wi-Fi connectivity using an app, Android and iOS compatibility. It will retail for around $180. 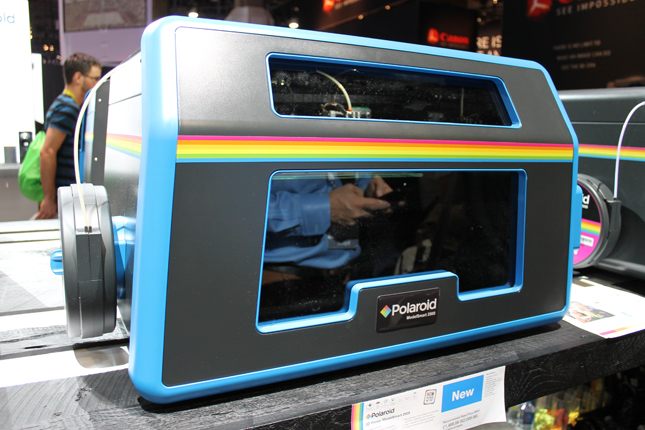 • Polaroid ModelSmart 250 3D Printer. Making its debut at CES is Polaroid’s entry into the 3D printing market. This machine is a bit larger than some 3D printers I had seen at CES this year. Filament cartridges come in 9 colors. Software included works with Windows and Mac. 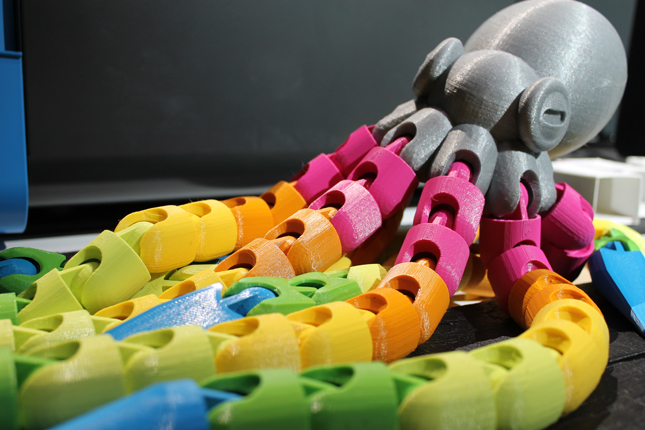 Some printed samples, like this octopus, were on display for people to touch and see. No word on the pricing as of yet and plans are to only release this in Europe in early 2016. 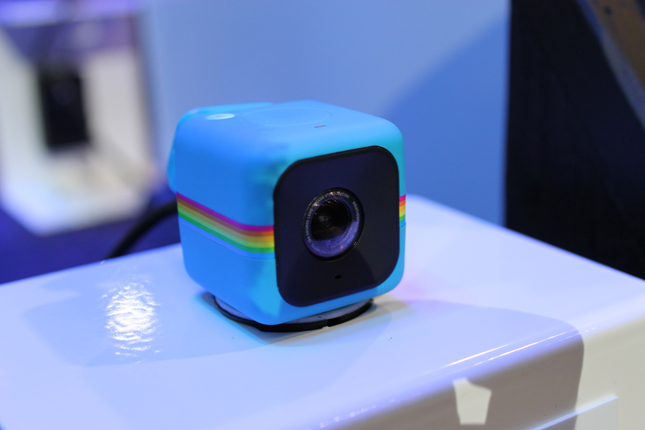 • Polaroid Cube. The small lifestyle action video camera was displayed prominently at the booth. Features built-in microphone, LED light, rubberized exterior housing, 124-degree wide-angle fisheye lens and records at 1080p HD. Plus the different mounts and external housing units. My favorite mount is the monkey mount since it looks like a cute little monkey. Retails for $99. 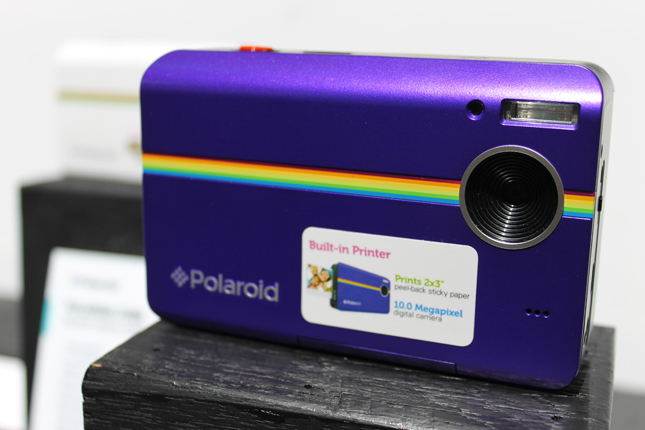 • Polaroid Z2300 Instant Digital Camera. This came out before the SNAP/SNAP+ and has similar features. It is a 10MP camera with 6x digital zoom, the ability to record 720p video and 2.5” LCD screen on the back. Comes in five colors: Black, White, Red, Purple and Blue. Retails for around $179.99. 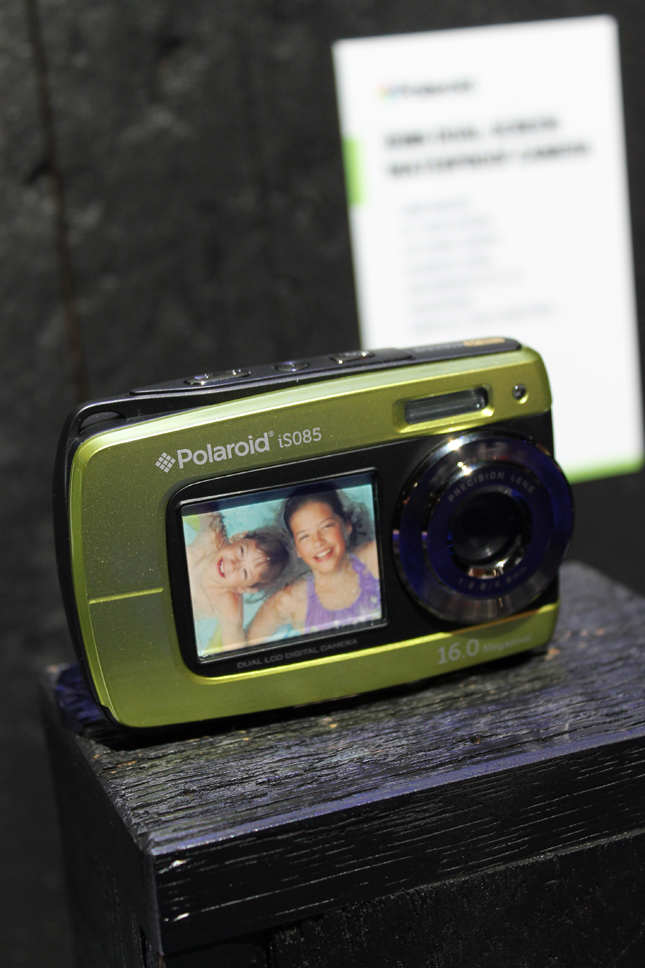 • Polaroid iSO85 Dual-Screen Waterproof Digital Camera. This 16MP camera has two LCD screens: 1.8″ front and 2.7″ rear display screens. It is waterproof up to 10 feet and dustproof. Retails for around $59.99.

Polaroid has also launched a line of drones, only available in Europe, and in-car dashcams.

After my tour I was introduced to a product created by the company behind the Zero Ink Technology, ZINK. They had a booth adjacent to Polaroid and I believe it was their first time at CES. Two portable Wi-Fi printers: hAppy Smart App Printer and hAppy+ all-in-one Smart App Printer. These things are pretty small, so they are easy to transport around. Perfect for scrapbookers and creating custom labels. 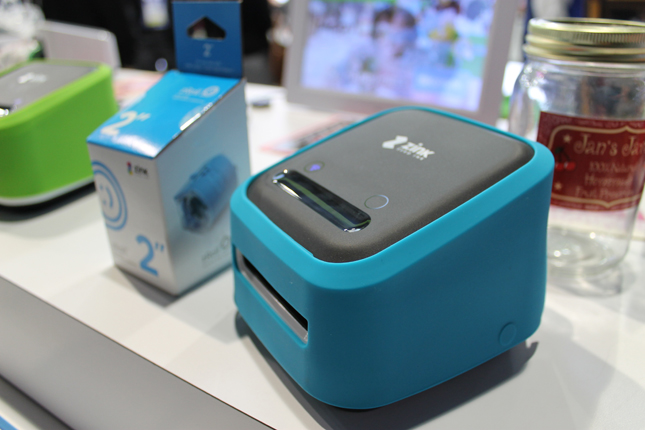 Both these products use ZINK zRolls, which are specially designed paper for the printers. You can add to your creativity using art, frames fonts and backgrounds from hAppy Design Elements and accessories with hAppy Gear.

For more information on all the products mentioned here, visit polaroid.com and zink.com. 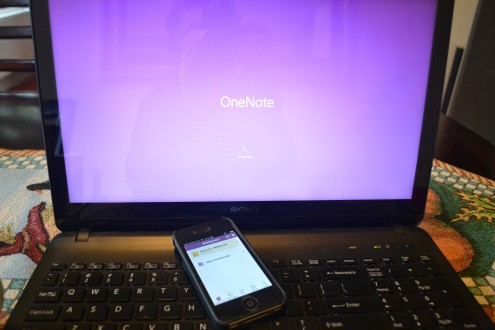 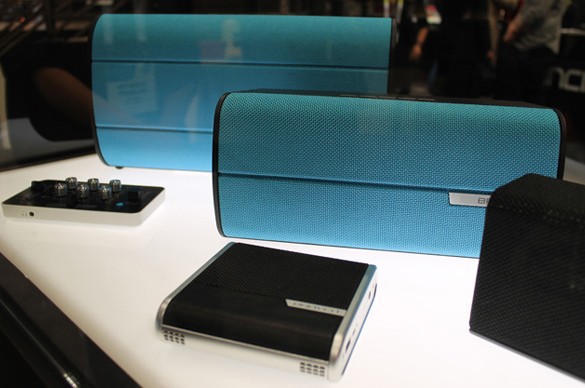 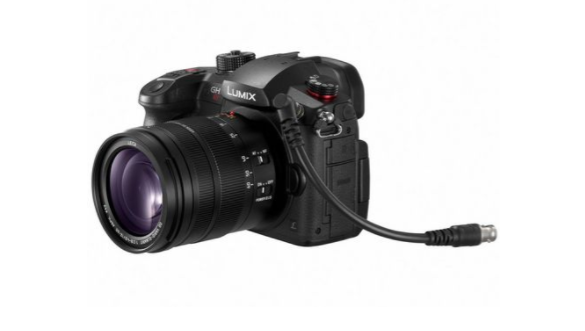 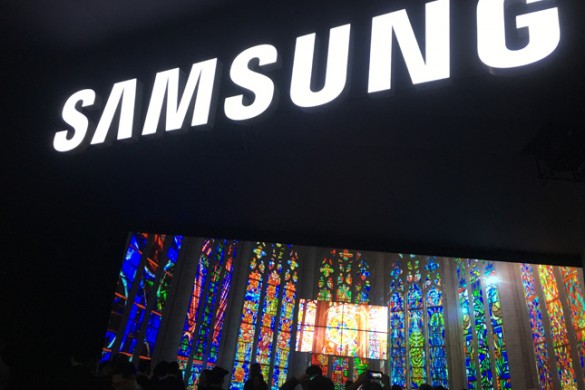 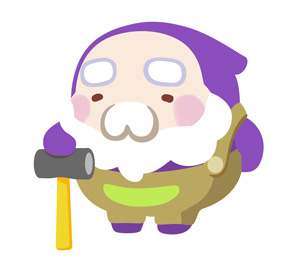 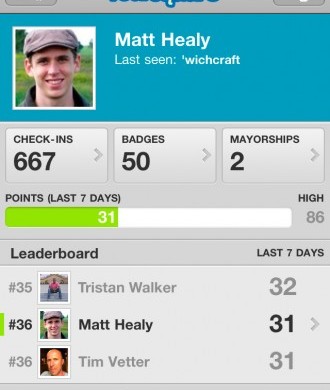 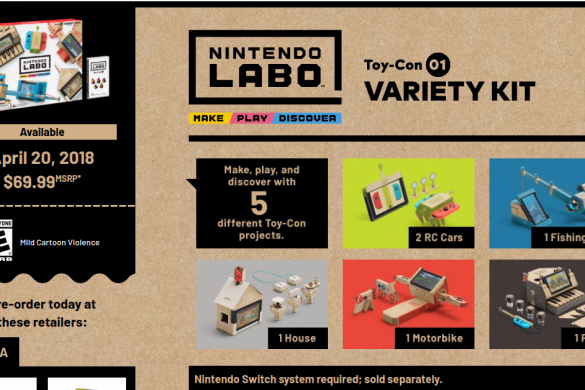 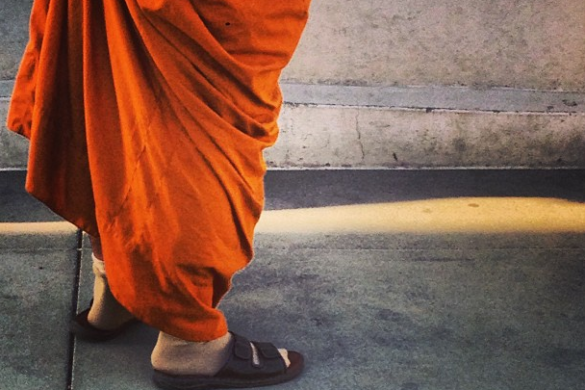 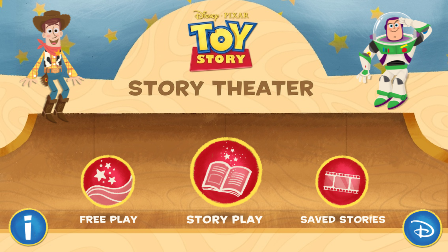 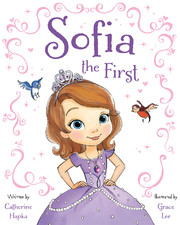